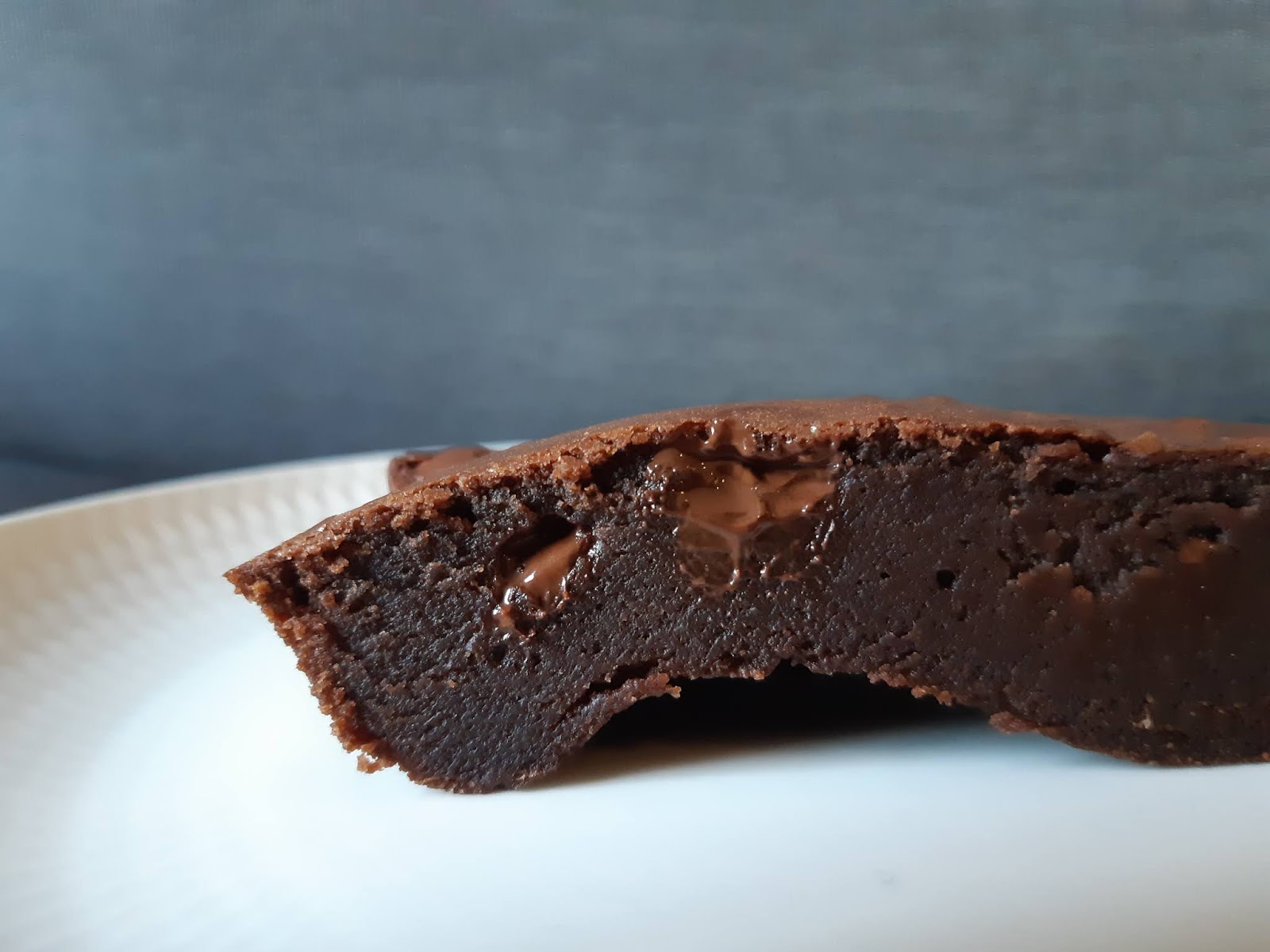 When I put the call out for everyone's favourite vegan brownie recipes, a helpful person in a facebook group pointed me to Jamie Oliver's recipe. I liked that it was based on the kinds of ingredients I always have at home, and that the batter included both cocoa and melted dark chocolate for a deep chocolate flavour. There's some extra chocolate chips and pecans folded in at the end, too. Though I'd normally be very keen on the nuts, I thought it'd be fairer to skip them as I compare recipes.

As you can see in the photo above, this brownie is certainly fudgy rather than cakey! But without anything to replace the eggs that form such a key part of non-vegan brownies, the texture was a bit... paste-y. I could definitely see myself making these again on a raid-the-pantry whim, but they weren't my One True Brownie.

Preheat an oven to 180°C. Line a 20 cm square baking tray with paper and lightly spray it with oil.

Melt 150g of the chocolate by your preferred method (I use a double boiler-type set-up), and set it aside to cool slightly.

In a large bowl, sift together the flour and cocoa. Stir in the sugar and salt. Stir in the soy milk, oil, vanilla and melted chocolate until everything is well combined. Fold through the remaining chocolate.

Pour the brownie batter into the baking tray and smooth over the top. Bake the brownie for 20-25 minutes until the edges are cooked but the centre is still wobbly.
Posted by Cindy at 6:56 pm