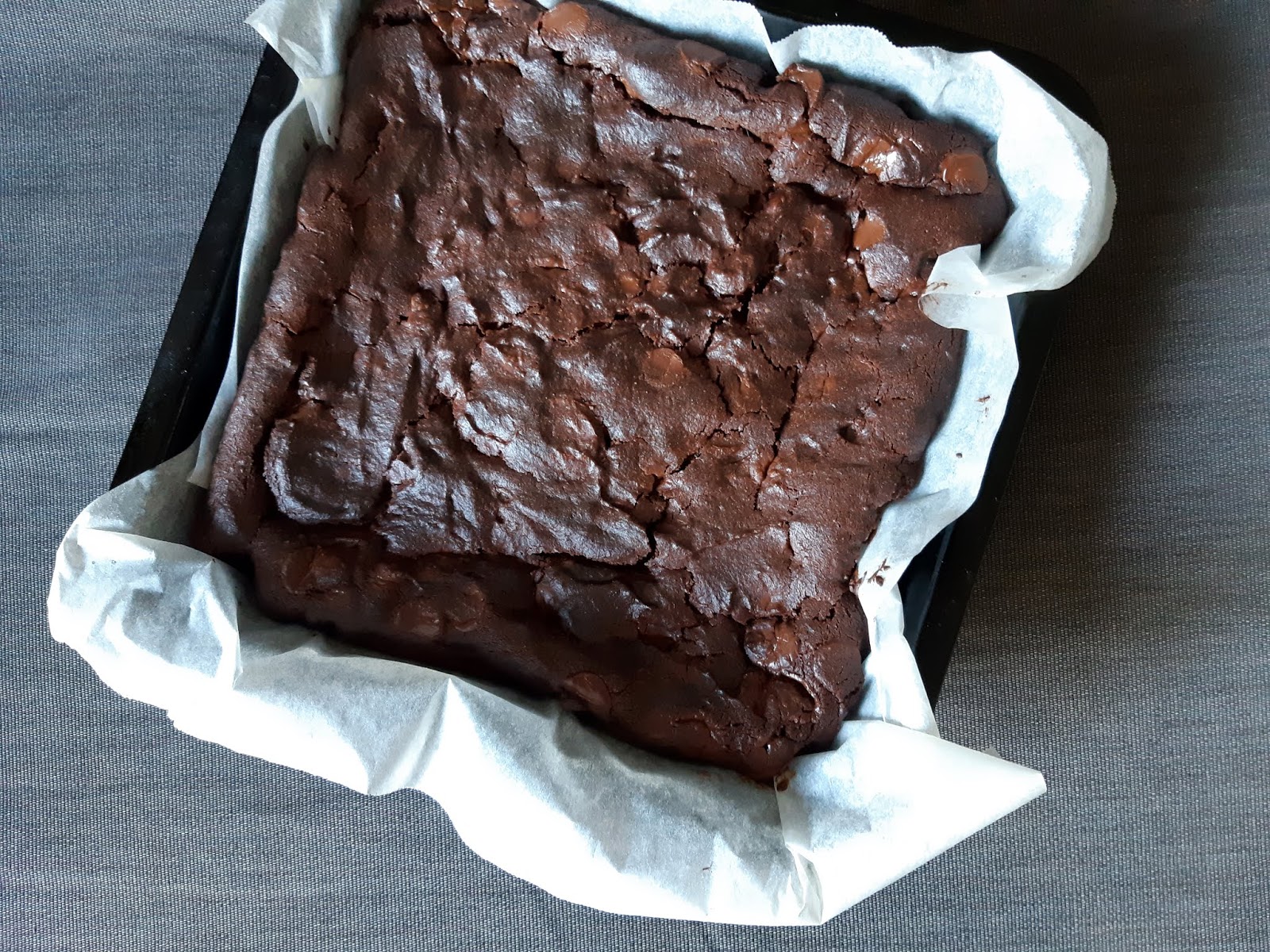 I'm testing out a couple of different vegan brownie recipes in the lead-up to a special occasion. There are a few such recipes on the blog already, but I've still got the appetite to try more.
The Smith & Deli cookbook was an obvious place to relaunch from. Their base recipe isn't too complicated; non-dairy yoghurt was the only ingredient we don't routinely have at home, and even it is easily found in most supermarkets now.
A large quantity of cocoa powder and a heaping cup of chocolate chips have these brownies looking very dark and rich, yet they're actually on the cakier side and not as deeply flavoured as I'd expected. I was able to strap a lunchbox of them onto the back of my bike to share with our friend who missed out on those shortbread cookies. These brownies were pretty great with a cup of tea, but I'm directing my search towards fudgier recipes next.

Preheat an oven to 170°C. Line a 22cm square baking tray with paper, and lightly spray it with oil.
With an electric beater, cream together the margarine, yoghurt, vanilla and sugar until light and fluffy. In a separate large bowl, sift together the flour, cocoa, baking powder and bicarbonate of soda. Gradually beat these dry ingredients into the margarine mixture. Gradually beat in the soy milk until everything is well combined. Fold in the chocolate chips.
Pour the brownie batter into the lined baking tray, gently smooth over the top, and bake for about 45 minutes - it's OK for the centre to still be a bit wobbly.
Posted by Cindy at 5:10 pm