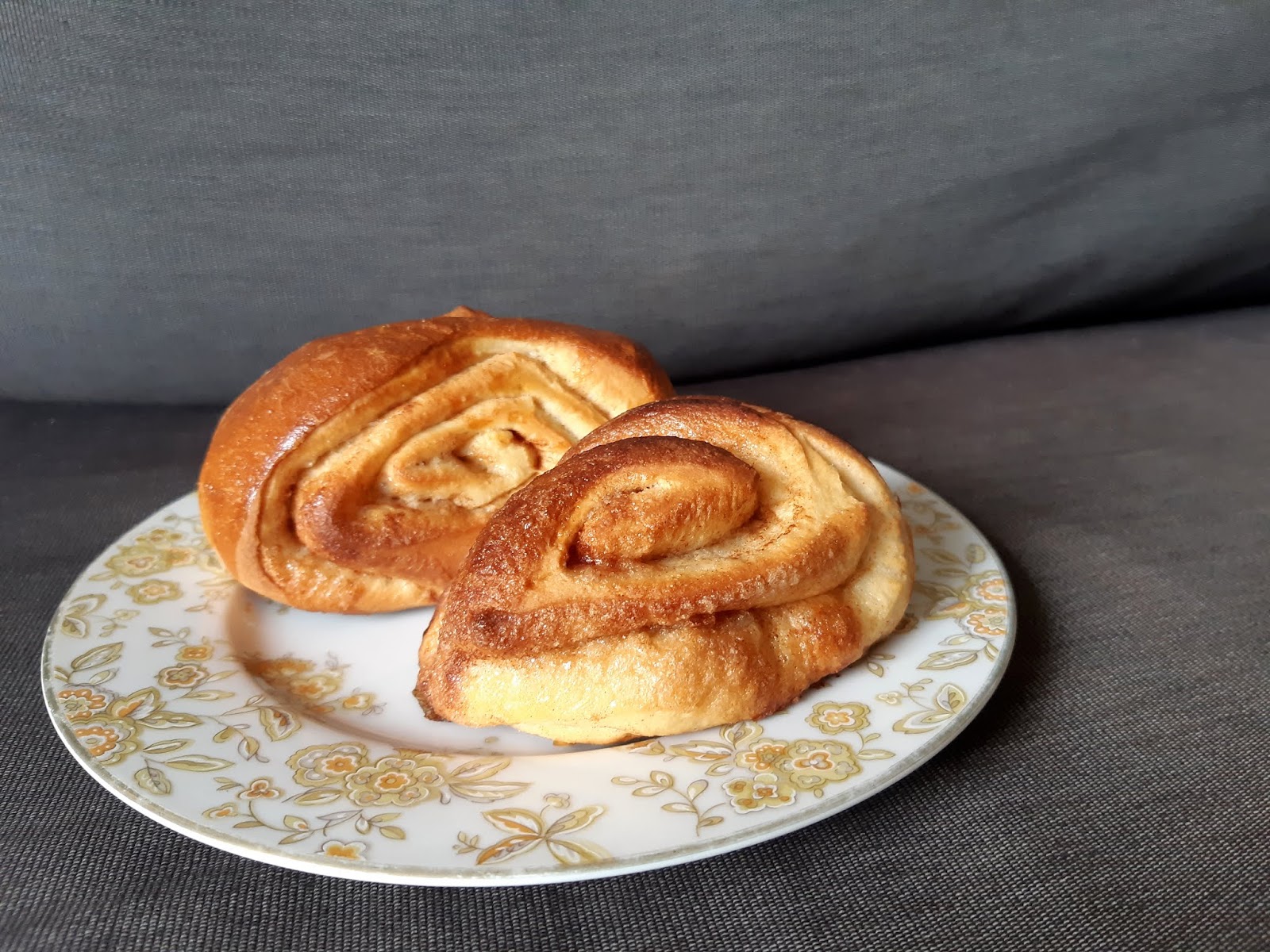 Heini is another workmate who generously shared their signature dish with me through the lab farewell cookbook. She's well known for baking tightly spiralled Finnish cinnamon buns called pulla, and we attempted to follow in her footsteps over the Easter weekend.

Our buns turned out puffier and less expertly formed than Heini's, but they were still magnificent: bready, but richer, with sweet seams of spice; perfect for seeing in autumn with a cup of tea. 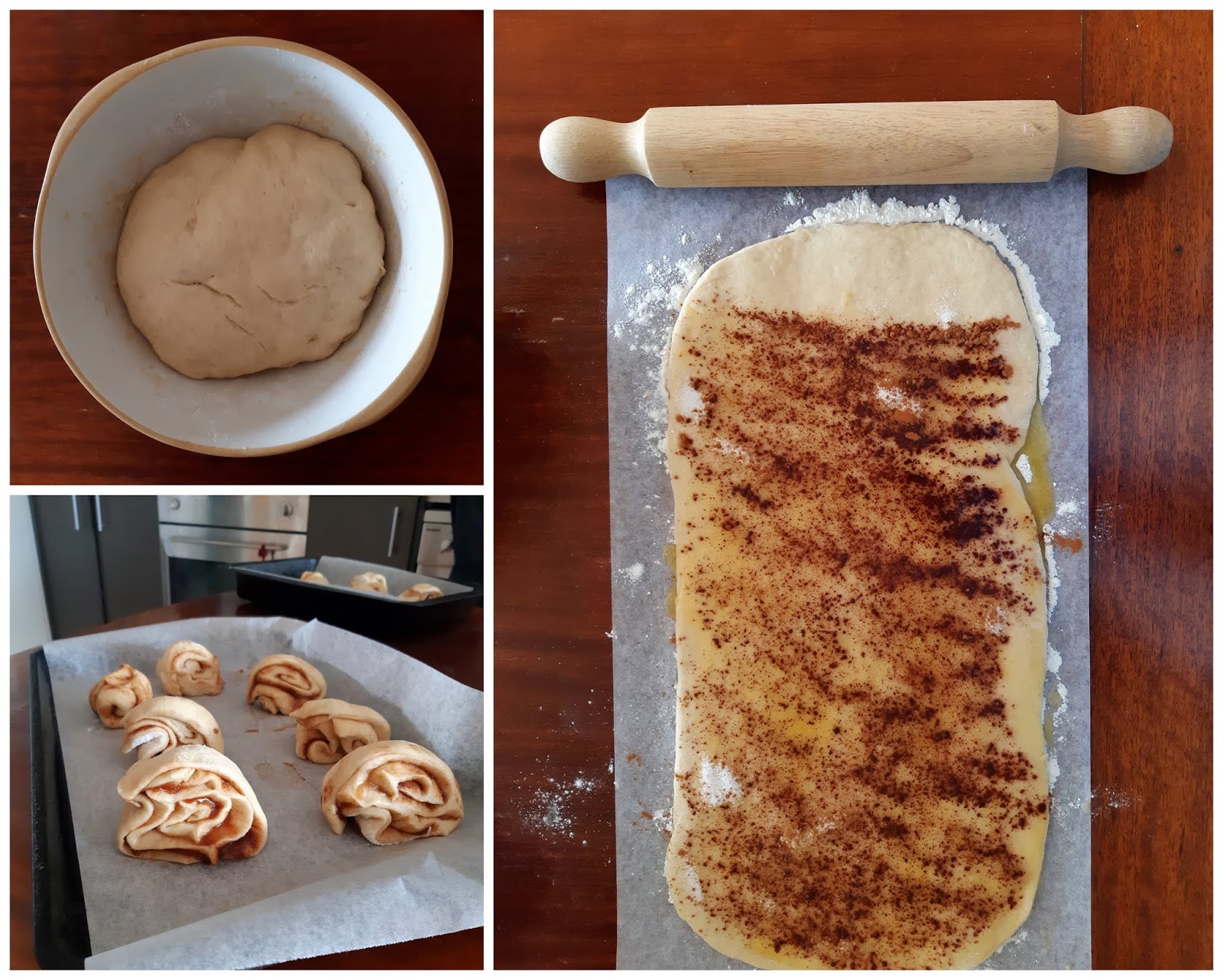 Gently warm the milk in a small saucepan, and then stir in the yeast until it's dissolved. Transfer the mixture to a large bowl and add the egg, salt, sugar, cardamom, and most of the flour. Mix it all together to form a dough, gradually adding a little more flour until the dough is smooth and pulls away from the walls of the bowl. Knead the butter into the dough, continuing until the dough stretches when pulled. Cover the bowl with a teatowel and leave it to rise in a warm place, until it has doubled in size.

Get yourself a big clean surface and lightly flour it (you'll see in the photo above that I laid down a sheet of baking paper). Turn the dough out and roll it into a 20cm x 40cm rectangle, half to 1 cm thick. Spread the melted butter over the dough with a pastry brush, leaving a couple of centimetres bare on one of the short sides. Sprinkle the butter generously with sugar and cinnamon.

Set up 1-2 baking trays with paper and lightly oil them. Handling the buttery short side, gently roll the dough up into a log with a spiral cross-section. Slice the dough into triangle-shaped buns and place them on the baking tray so that the tip is pointing upwards and there's plenty of space between them. Use your thumbs to push the tip down on each bun. When the trays are full of buns, cover them with tea towels and allow them another 10-15 minutes to rise.

Preheat an oven to 225°C while the buns are rising. Brush the buns with egg and bake them for about 12 minutes, until browned. Enjoy warm from the oven, store them for a couple of days in a airtight container, and revive them with 10-15 seconds in the microwave.
Posted by Cindy at 1:11 pm