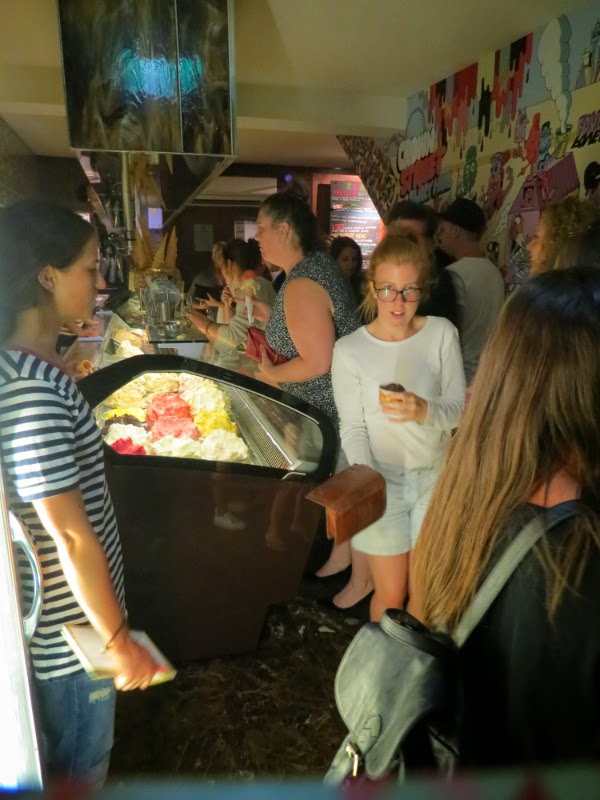 I first read about Gelato Messina on The Unbearable Lightness of Being Hungry a few years ago. Though it sounded good, N2 Extreme Gelato seemed more exciting still and the former recommendation lapsed in the back of my mind. Both businesses have since opened stores in Melbourne and again N2 grabbed earlier exposure on our blog. Gelato Messina nevertheless seemed to have something good going on, with the Melbourne and Surry Hills stores clogged with queues every time I walked past them. After dinner at Sugarcane, I finally decided to attach myself to the end of it and find out what all the fuss was about.
The standard menu runs to two dozen gelato flavours and almost a dozen more vegan-friendly sorbets, and that's not even counting the half-dozen specials they offer at any one time. Scoops with gluten, nuts, eggs and alcohol are clearly marked, though the gelateria prints a disclaimer that they cannot guarantee any product in the shop is truly allergen-free. 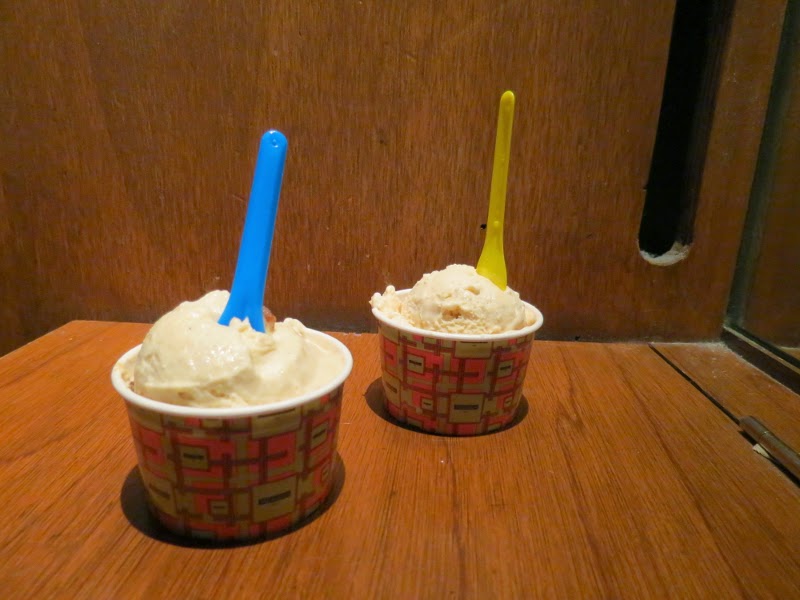 Michael didn't really need to look further than their first standard flavour, such is his fondness for apple pie ($4 for one scoop, pictured above at back). It was a very convincing act, with roasted apple and cinnamon flavours embedded in the icecream and small pastry pieces studded throughout.
Meanwhile I took a punt on the most novel of their specials. Mr Potatohead promised peanut butter gelato, white chocolate and potato chips ($4 for one scoop, pictured above at front). I like the constituent parts, I like salty-sweet stuff and yet I harboured some skepticism as to how they'd work together. Friends: Gelato Messina masterfully melded those flavours and pulled off one of the most memorable icecreams I've ever eaten. The potato chips were folded through in large salty chunks and the peanut butter gelato was fluffy and true to flavour. I'd taste the chips, swirling the creamy gelato with my spoon, glimpsing icecream one moment and mashed potato the next. I've retold my icecream epiphany to several friends since and none of them are entirely convinced; I guess I probably won't convince you either! But damn, that Mr Potatohead gelato was special. 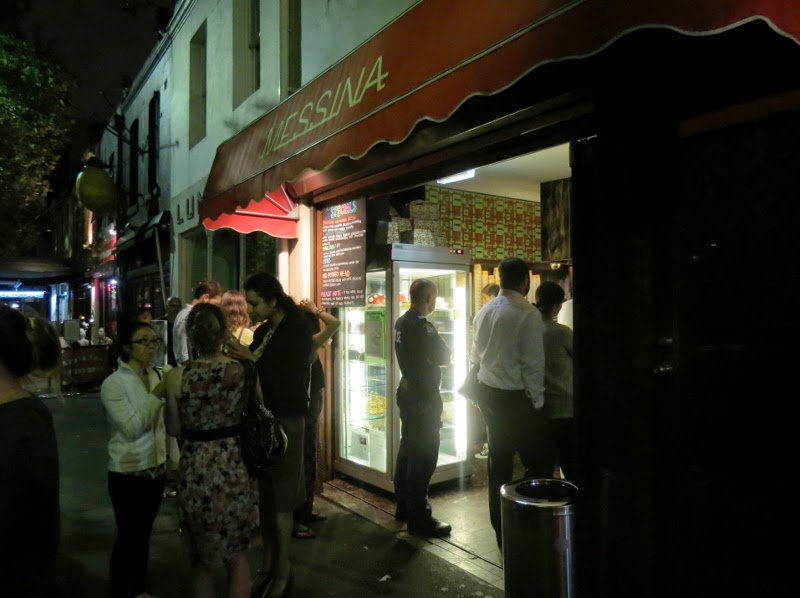 My first Gelato Messina experience could not have been more rewarding. I won't hesitate to join the queue again.
____________
Gelato Messina is enormously popular with bloggers. In the past year this Surry Hills branch has been praised on The Law Student Diary, Simon Food Favourites, Take Me To Foodie Heaven, Millie's Food Symposium, A Moving Picture, Weekend Food Escapes by Lisa, paigebuck, Feeders Digest, Got My Vote! and Khana.
____________
Gelato Messina
389 Crown St, Surry Hills
(02) 8354 1223
menu, specials
http://www.gelatomessina.com/au/


Accessibility: The shop has a flat entry but is often extremely crowded. Options are clearly visible in a low-ish display case, we ordered and paid over a high counter. We didn't visit toilets.
Posted by Cindy at 7:48 am