Spring brings the birthday of my colleague Jane, and our tradition of a culinary competition in her honour.  I was almost relieved to see fewer entries than in 2009!  (That was a tough cookbook to compile.)  But of course the standard of these dishes matched anything we've previously seen.  Last year's Lifetime Achievement Award Winner joined the judging panel and two other talented cooks dominated the honours list, claiming three prizes each.
My usual disclaimer - this is the one occasion each year that I include non-vegetarian photos on this blog.  Everyone puts in a lot of effort, a range of dietary requirements are catered to, and I think every dish deserves a mention.  Here's what we shared... 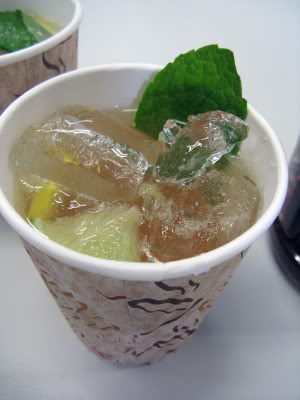 Mojitos!  These won the Bryan Brown/Tom Cruise bar-tending award for the two makers and shakers. 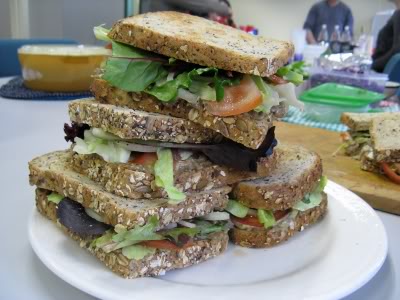 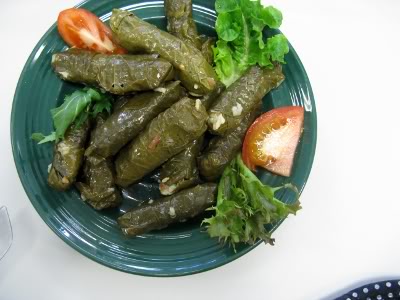 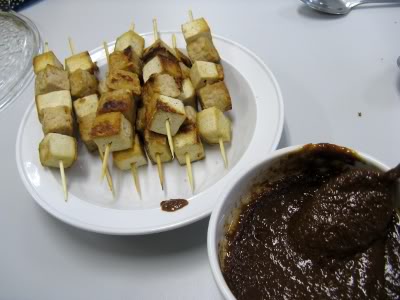 Tofu-tempeh skewers with satay sauce.
Winner for the best disguising of tofu. 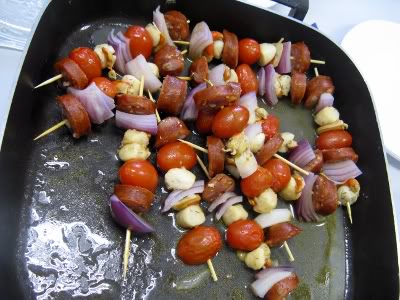 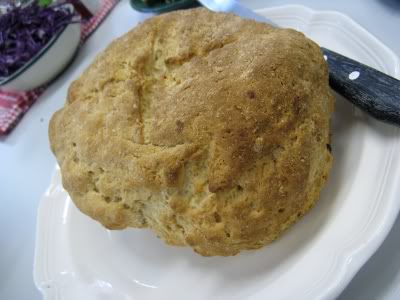 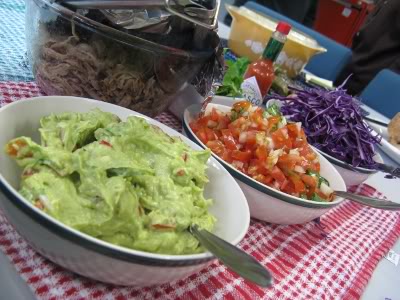 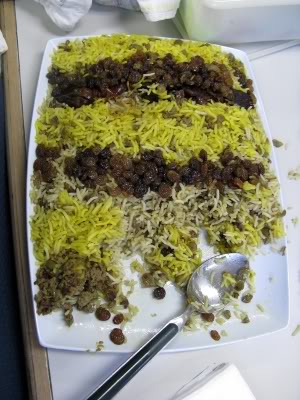 Rice!  Winner of the Crispy Prize. 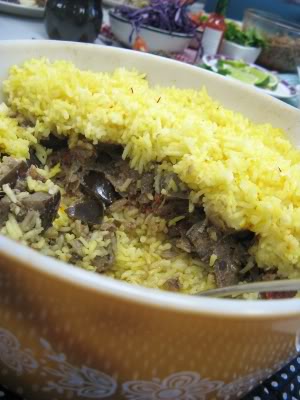 My eggplant and mushroom korma pilaf
(adapted from this recipe) 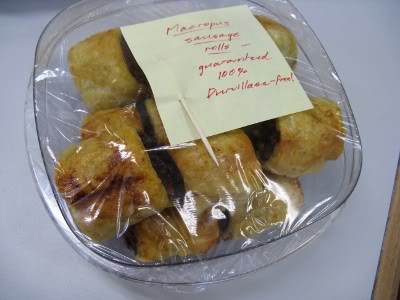 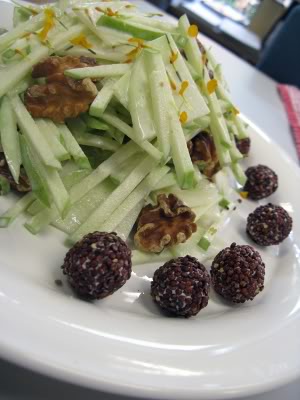 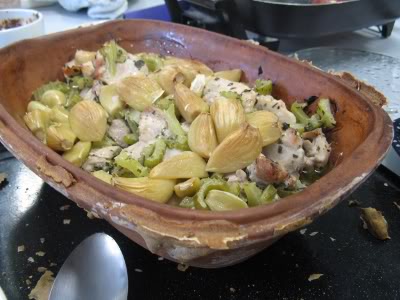 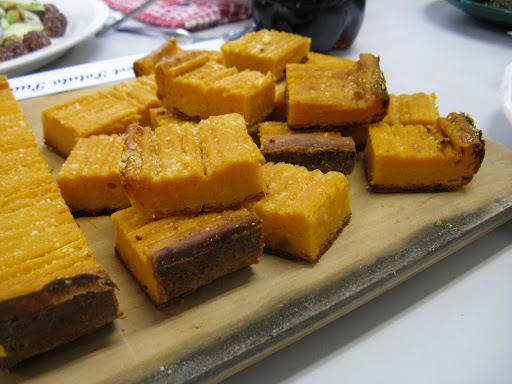 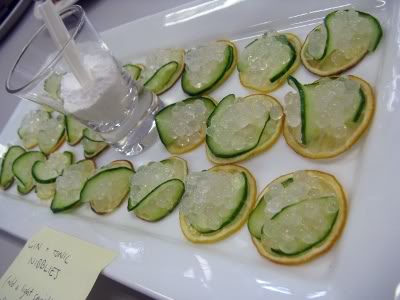 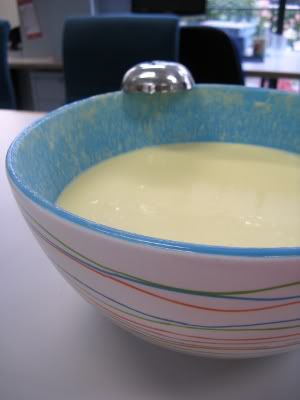 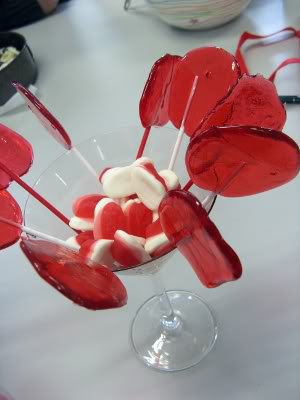 Pink Gin & Tonic Lollipops for Grown-ups.
Prize winner as the Best Way To Cause Alcoholism in Kids. 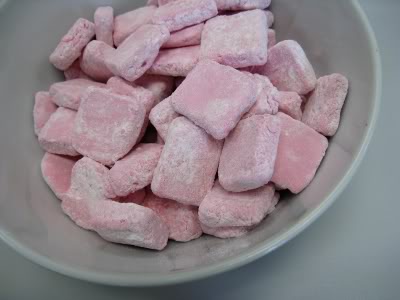 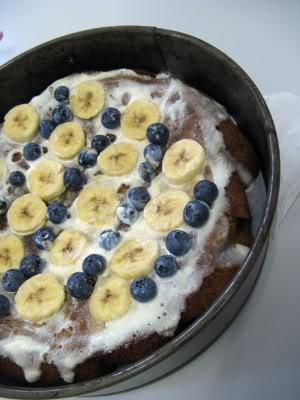 Geelong Cake (because they were still the reigning premiers).
Award winner for the Best Losing Cake. 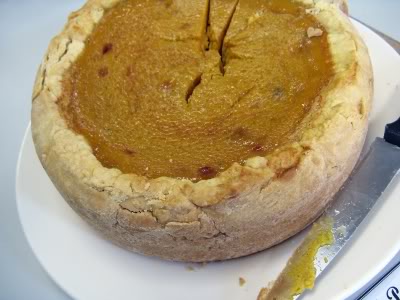 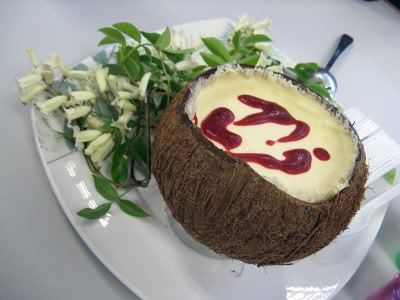 Passionfruit semifreddo.
Co-winner of the "One Good Icecream Deserves Another" prize. 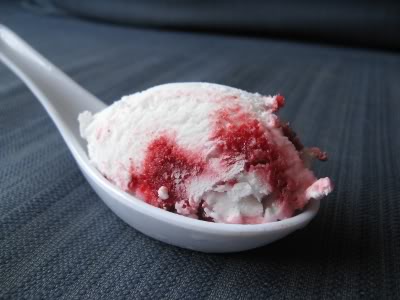 My raspberry coconut icecream (photographed later).
Second co-winner of the "One Good Icecream Deserves Another" prize. 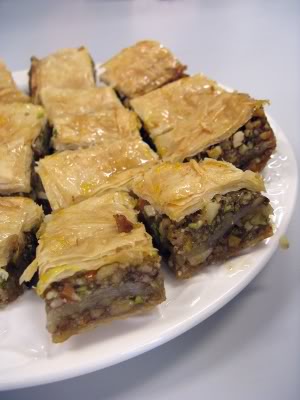 Baklava, prize winner as the Best Lebanese Dish Not Made By A Lebanese Person. 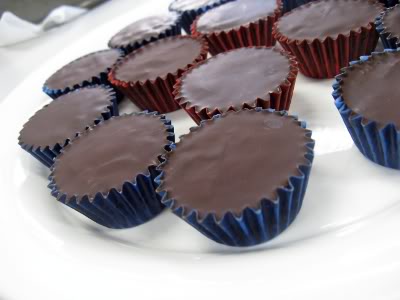 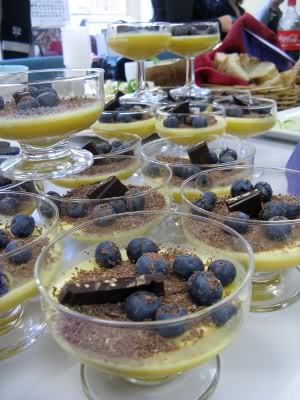 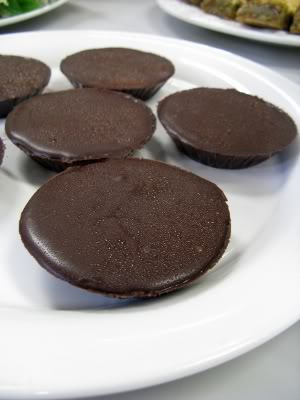 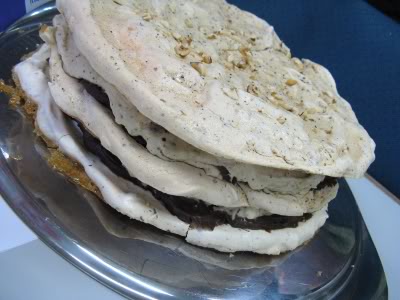