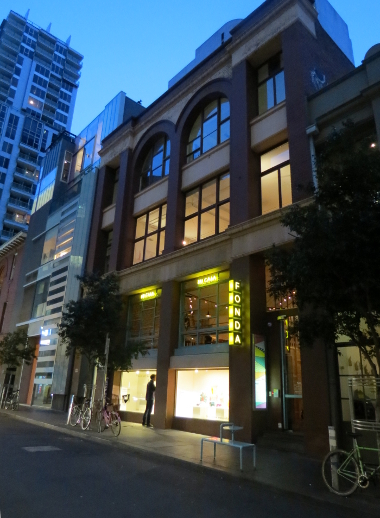 We needed a quick dinner before a show in the city on Wednesday night and decided to try out Fonda, tucked up the Parliament end of Flinders Lane. Fonda rode Melbourne's Mamasita-inspired Mexican wave and has since grown from its beginnings in Richmond to four locations across the city. The Flinders Lane one is massive - it was easy to grab a big table at 6pm, but things filled up as we ate and it was pretty hectic by the time we left. 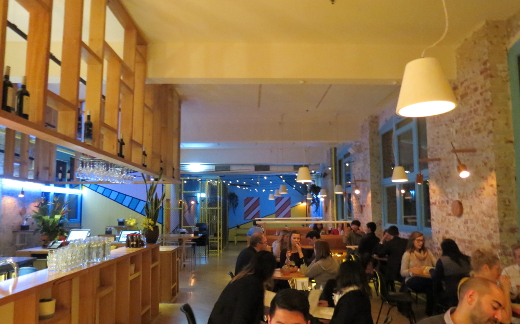 The menu has a decent range of vego options, including a few veganisable dishes. There's a big drinks list too - frozen margaritas, cocktails, hip beers and a short wine list. They also do an array of non-boozy options, including Cindy's choice for the night: horchata ($6). It was a very sweet version of this rice-milk based beverage, but Cindy was happy with it nonetheless. 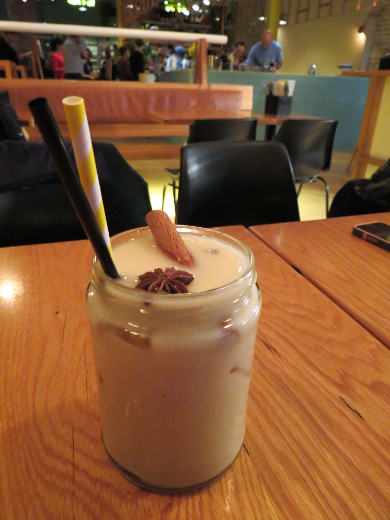 We started things off sharing around two kinds of chips: the crispy white and blue tortilla crisps with guacamole and pico de gallo ($9)... 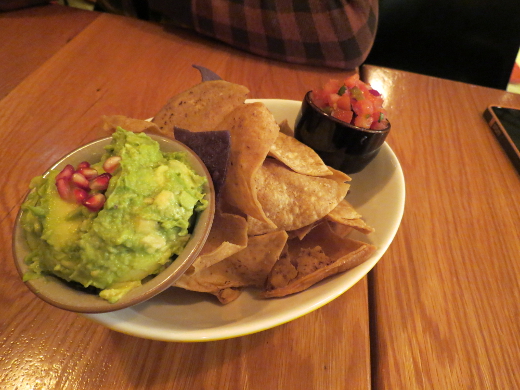 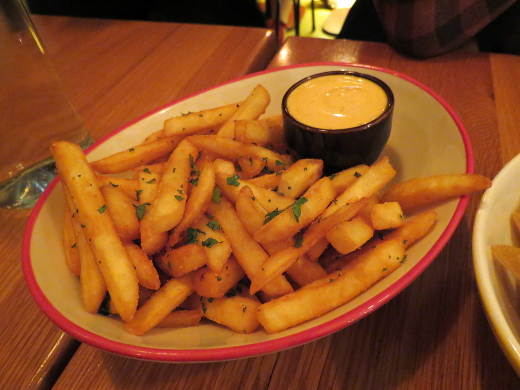 Both were excellent, with generous and delicious condiments. The chipotle hot chips in particular were top notch - probably the best dish we had. Cindy ordered the portabello and shitake mushroom quesadilla, served with a fonda salsa ($15). 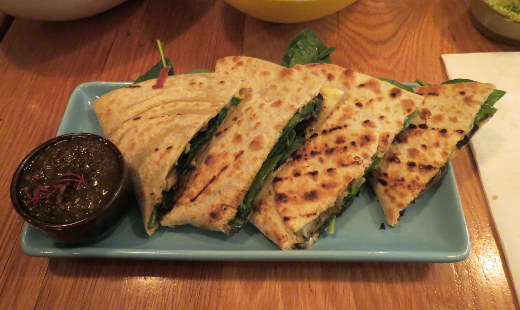 This was a pretty disappointing dish - the quesadilla fillings were pretty bland, with the mushroom and greens combo not really packing much punch. The salsa helped a lot, but on the whole this dish didn't really inspire (one of our dining companions had the same filling on tacos and was equally bummed out).

I ordered the black bean falafel, with shaved zucchini and cabbage, salsa, pickled carrot and onion and chipotle aioli ($15, this dish would be vegan if you cancelled the aioli I think). 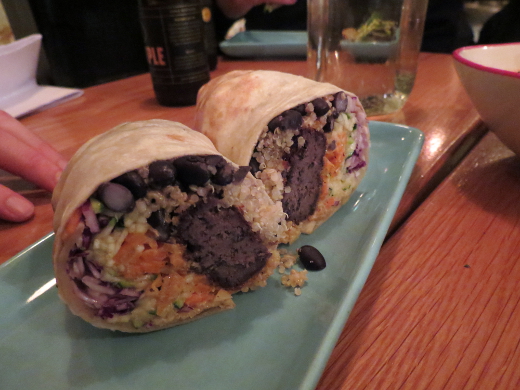 This was much more successful - the falafel were great, and the fillings added some freshness to the burrito and the smokey salsa was great. A few dabs of hot sauce really topped things off.

Our Fonda experience was pretty mixed - it's a lovely space and the staff were friendly and efficient, but the food was pretty mixed. If you order wisely you could have a wonderful meal, but the prices are high and the quality is varied. It's a handy spot for a quick city dinner, but there is no shortage of those around, so it's probably only worth the trip if you're hanging for something wrapped in a tortilla.

There are lots of positive blog reviews of Fonda's city location: Nona Tukang Makan, frenchtoastandindiepop, Spoonfuls of Wanderlust, Edge of My Plate, The Glutton's Diet, Sweet and Sour Fork, Ordinary Girl, Extraordinary Dreamer (who wasn't wowed by the prices), Delightfully Tasty, It's an Expensive but Delicious Habit and The Lifestyle Monolog.
____________


Accessibility: Entry is up a staircase. Things are reasonably spacious inside, with a mix of low and high tables. You order and pay at a low counter, and they bring the food out to your table. One of our companions reported that the toilets are fully accessible, so perhaps there is also an alternative entry that we couldn't figure out.
Posted by Michael at 7:05 pm