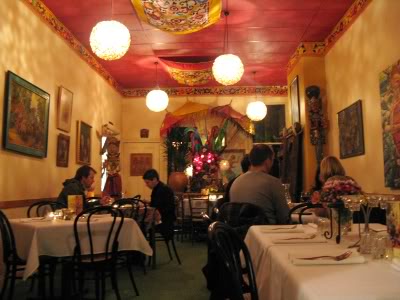 Warung Agus is a family-run restaurant that's been serving up Balinese food for more than two decades. A post about it on Confessions of a Food Nazi brought it to our attention and is as thorough a write-up as you should need. It's been more than two years, though, since AOF's review was published and what's more, I am a ridiculous completist, so I'm going to write about it too! A restaurant this lovely deserves renewed endorsement every so often. 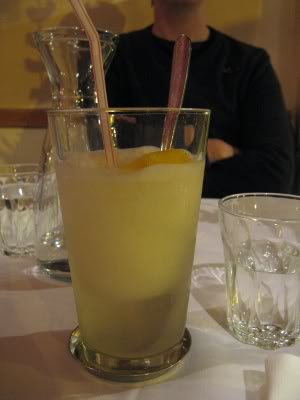 Warung Agus is just about as veg-friendly as meat-serving restaurants get. All the vegetarian dishes are marked with a V on the menu and we hear that (with the possible exception of dessert) they're all vegan. Roughly half the items have that V on them and they're appetising, protein-rich dishes.
Another feature that I appreciate? A full page of interesting non-alcoholic beverages. Many are, admittedly, Balinese-style preparations of tea and coffee that you might not want with your meal, but you can also get house-made iced fruit drinks featuring lemon, banana or avocado ($7). I know I should be more adventurous but a sweet'n'sour lemon drink hooks me every time - all the better that this one features slushy blended ice. 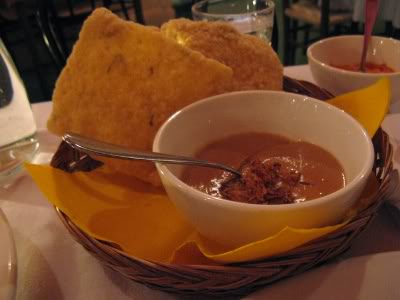 There was a minor seating mishap on the night, meaning that we needed to shift tables between ordering and receiving our food. While we weren't all that put out the staff were enormously apologetic, with the manager/chef even emerging from the kitchen to thank us for our understanding and give us a complimentary basket of cassava chips (krupuk singkong, normally $6), assuring us that the peanut sauce was not garnished with shrimp paste. (We hadn't said the v-word all night but he clearly noticed from our order - amazing!) What a treat - these are thick, airy, crunchy and lightly spiced crackers with the silkiest peanut sauce I've ever eaten. I could barely believe my eyes when, once two-thirds of the way through the crackers, they replaced our sauce with another fresh, hot bowlful! Heaven. 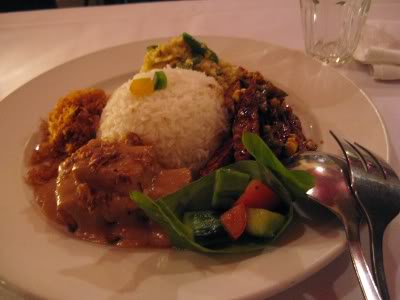 The vegetarian nasi campur ($28) is a tasty sampler of crunchy sweet-soy tempeh, sesaur (spiced golden shredded coconut sweetened with palm sugar), pecel (mung beans) and peanut sauce-smothered tofu around steamed rice, with a few lightly pickled vegetables on the side. Not pictured are the complimentary condiments - a tangy lemongrass-chilli mix and a fiery chilli sauce that Michael dug into with equal enthusiasm. 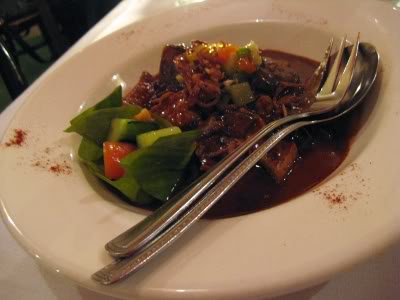 As I gobbled my share of the nasi campur I gave our other main a couple of sidelong glances. The monochrome tuung mebasa santen lalah manis ($20) couldn't possibly rival it, right? Actually, this dish of eggplant and tofu was just as gob-smackingly good! The gravy is smoky, sweet soy-ish and satiny with a splash of coconut milk. We were glad for some extra rice ($3) to soak up as much of it as possible.
Dessert was not an option. Our mains were incredibly filling (I fear the banquet!), and had plenty of palm sugar and coconut milk to go round anyway. I expect a lot of mains exceeding $20 and I reckon these delivered. The food was quite sweet and (coconut-)creamy across the board, but the condiments provided let hot-heads season to taste. Sweeter still were the staff! They were faultlessly welcoming and sufficiently attentive. I'll gladly return when I've a somewhat special occasion to celebrate.
(It's hard to believe but our meal was ultimately upstaged by the evening's entertainment. Compared to the two years I've sat on AOF's review, I've been waiting a decade for Pulp to return down under. They were kind enough to bring their greatest hits, a dorky laser show and a dolphin with them.)
____________
Everyone who blogs Warung Agus seems to love it! Our inspiration for visiting was AOF's two-year-old post. There's another veg-focused review at In The Mood For Noodles. It's also been covered on foodoalbum, Foodiefile, eat, drink, stagger and The misadventures of MissC.
____________
Warung Agus
305 Victoria St, West Melbourne
9329 1737
veg entrees $6-14, veg mains $19-28, extras $3
http://www.warungagus.com.au/


Accessibility: There is a small step up into the restaurant and a step down between the two dining rooms. Tables have only low-to-medium amounts of space around them, though a fairly wide path has been made from the front door, right around to the farthest tables. There's full table service. We didn't visit the toilets. The air is very thick with incense so beware if you have a sensitive olfactory system.
Posted by Cindy at 10:47 pm