On the weekend we were spoiled with by Krusty and Jason right from breakfast - on Saturday morning it was home-cooked French toast with berries and maple syrup, while on Sunday we were fed muesli, fruit and warm croissants. Delicious!
Sunday morning provided us with only a few more hours in Colchester, and we took a walk through town and visited the Colchester Castle Museum. 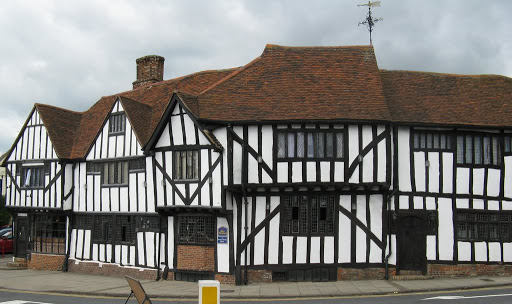 The Rose and Crown Hotel was built in the 14th century. You'd be hard pressed to find a single 90 degree angle in its construction! 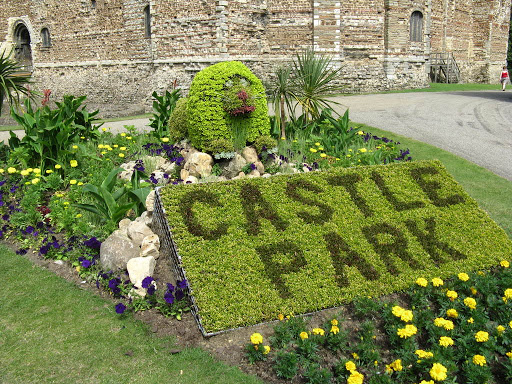 The Colchester Castle Museum is situated inside the Norman Keep, which Michael mentioned in yesterday's post. Its exhibits are an interesting study of the Romans' and Normans' daily lives as much as they of historic moments. And, unexpectedly, there are numerous costumes to try throughout the museum.
THOROUGHLY EMBARRASSING FOOTAGE MISSING
In the early afternoon we bid Krusty and Jason farewell and embarked on a train to Cambridge. 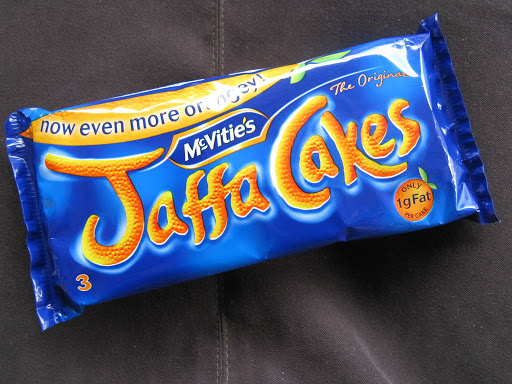 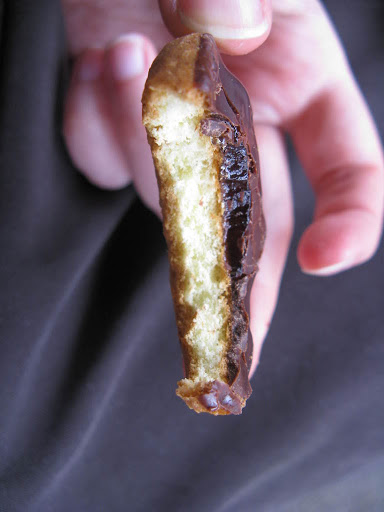 Having heard of but never seen Jaffa Cakes before, I bought some to snack on, on the way. They were gross.
But Cambridge wasn't. With undergraduates on summer holiday, this cute and historic town was awash with tourists like us. The first thing I noticed from the train station was an enormous section of parked bikes, perhaps 500 of them. 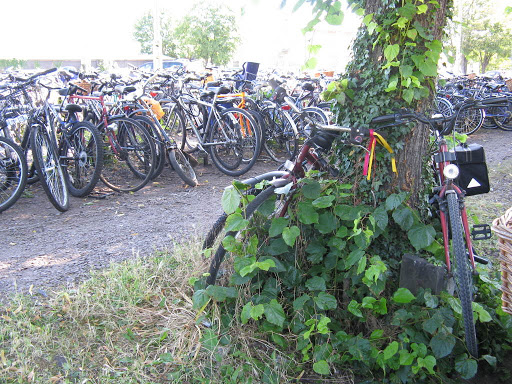 It's lovely to see a town with more cyclists and pedestrians than cars.

Everything in Cambridge radiates out from the ornate college buildings. 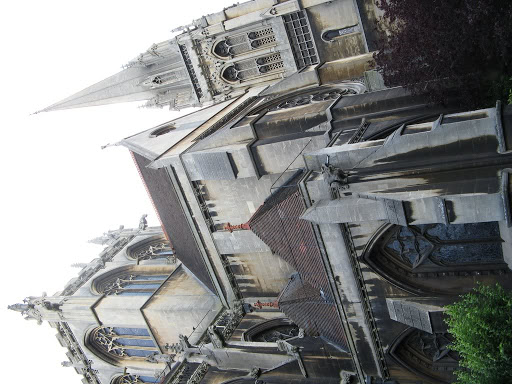 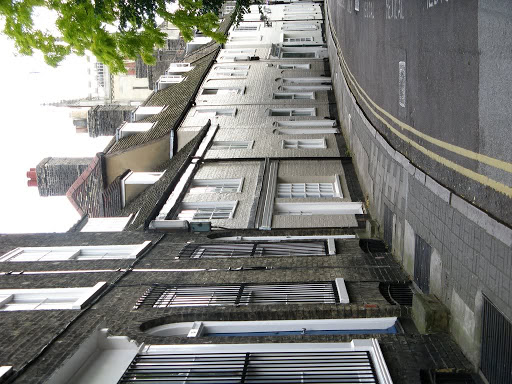 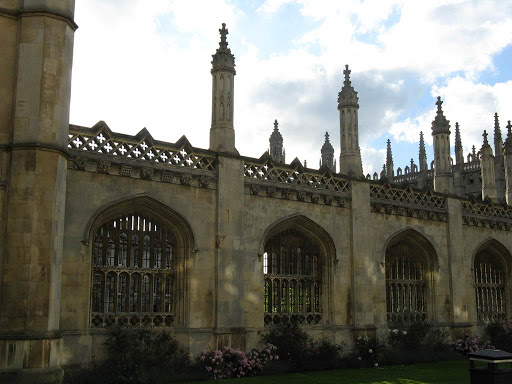 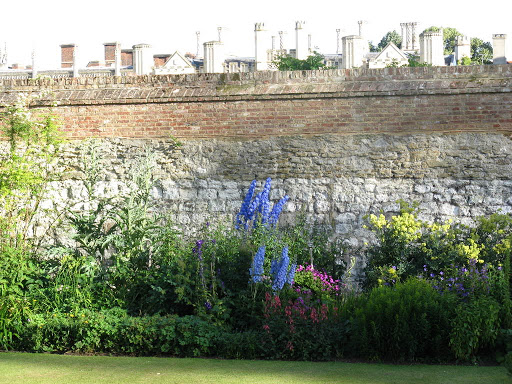 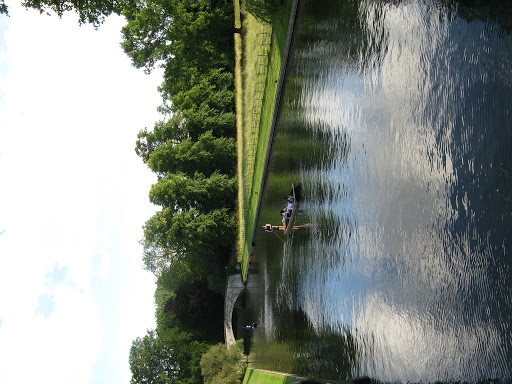 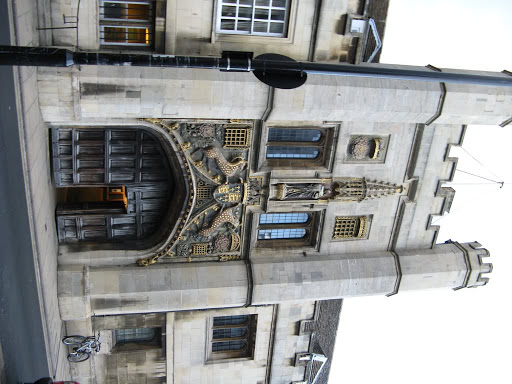 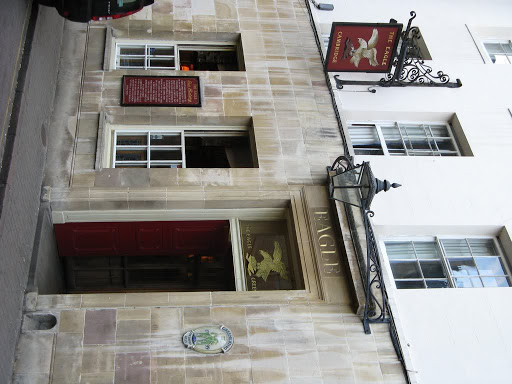 We ate dinner at the Eagle, the pub where Crick and Watson supposedly announced their Nobel-winning discovery of the double helical structure of DNA. Though we dabbled in some scientific conversation, I doubt our visit will leave such a mark. 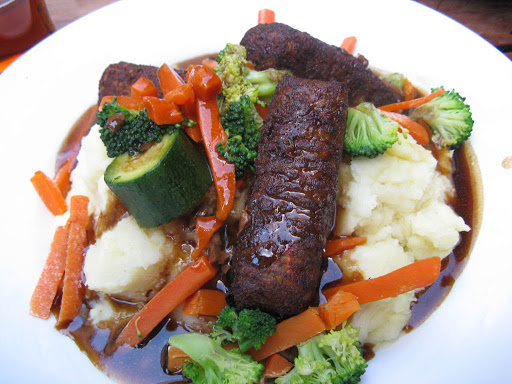 Michael ate the Eagle's vegetarian sausages and mash. The sausages were made from the same vegetables as were served on the side, only mashed and formed into fritters. 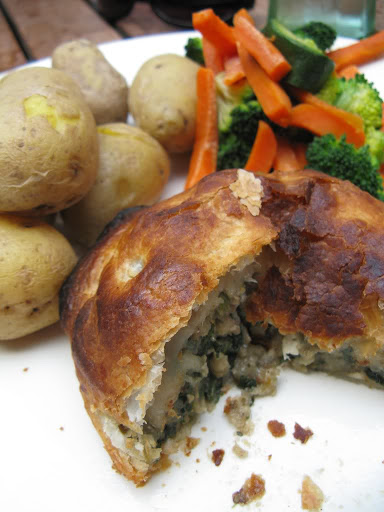 I was most impressed by the Mushroom Wellington, even though the crust was a little burnt. Inside was a delectable mix of wild mushrooms, spinach and blue cheese. However there was no chance of me finishing the cairn of potatoes served alongside - probably a larger serving than Michael and I would eat between us when cooking at home.
We'd been promised some good vegetarian pub grub in the UK and this was a most promising beginning!
Posted by Cindy at 7:10 am