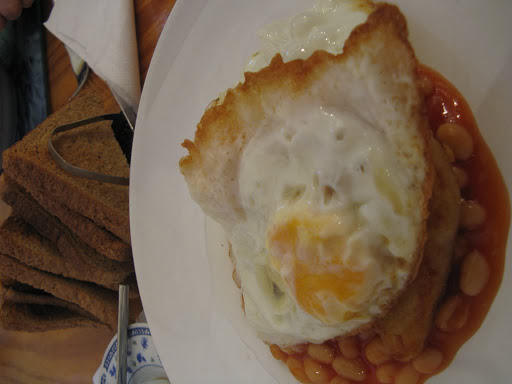 Since we were staying at a bed and breakfast, Michael started taking advantage of the cooked breakfasts. Here this meant fried eggs, hash browns and baked beans, with a rack of toast on the side. This was all served up by a svelte Swede named Inga. She was impossibly perky, wore hot pink capri pants, and when she noticed our camera on the table she insisted on photographing us together. "Which button? Yes. Now hold her hand. You must hold her hand. Oh, so sweet!" She ensured our day started with a smile and a chuckle, at least. 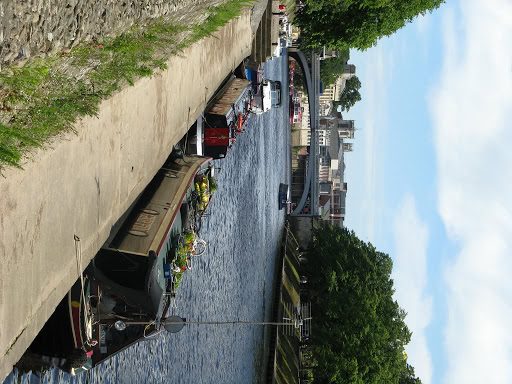 We continued our train trek to York, and arrived in time for lunch. 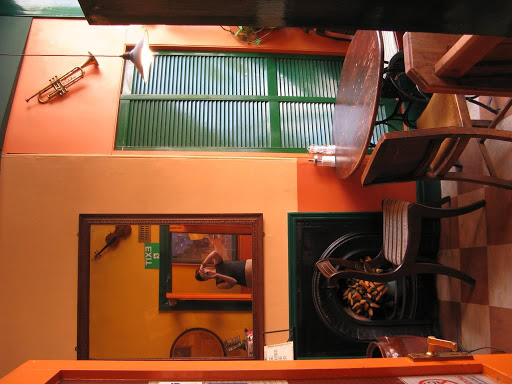 Michael picked out Cafe Concerto based on a recommendation in our Lonely Planet guide, and it did us very nicely. (Whoops... don't mind me in the mirror reflection.) It's a casual and comfy cafe that seemed to attract both locals and tourists. Though there were a number of vegetarian items on the menu, most of them seemed to focus on roasted Mediterranean vegetables. (I know it's ungrateful, but I am B.O.R.E.D. of being offered just Med. veges and cheese at restaurants.) The specials board was was much more encouraging, though. Michael munched on a salad and brie baguette, while I had the pate of the day (soft cheese, sun-dried tomato, thyme and pine nuts) in an entree size. 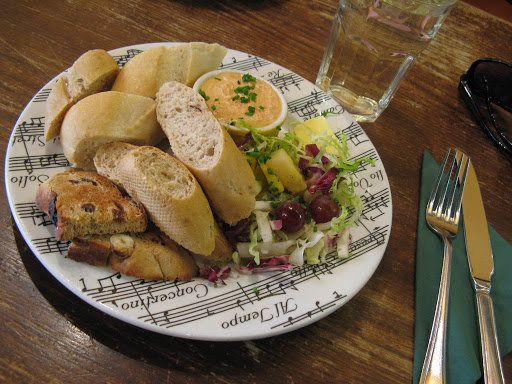 Though the pot of pate wasn't particularly large, the plate was perfectly balanced for a summer lunch. There were several kinds of bread (including a rustic and chunky fruit loaf), a pat of butter and a small salad with grapes. Last Melbourne summer we experimented with a few different dips, and this reminded me what a good lunch habit this could become (particularly when we make legume- rather than cheese-based dips).
Much of the 13th century city walls still stand and they're open for all to walk along. It proved an excellent elevated walkway for us to get a sense of the city, and it's evidently an efficient way for some residents to traverse the city, away from the traffic. 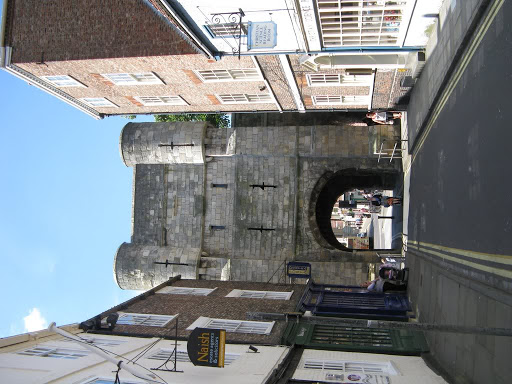 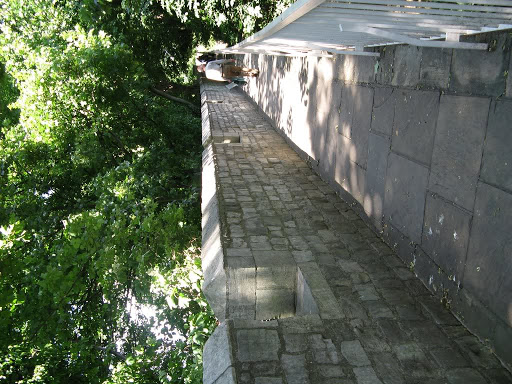 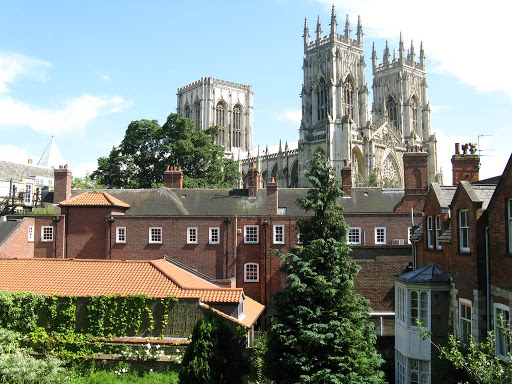 The Gothic York Minster poses a striking figure from almost any direction, and we saved a full exploration of it until the next day. 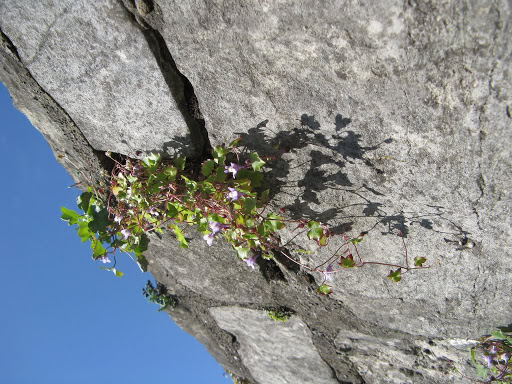 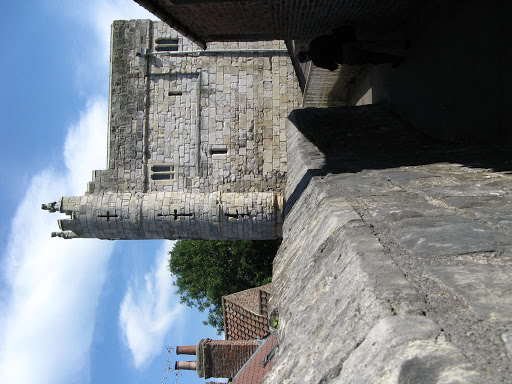 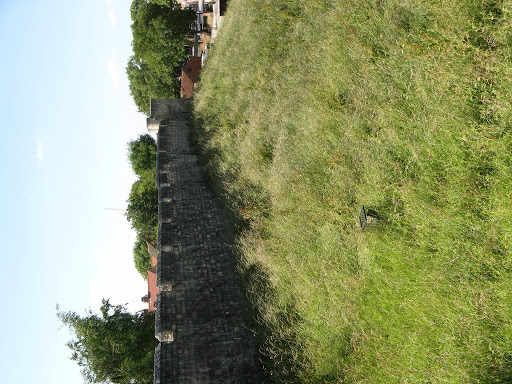 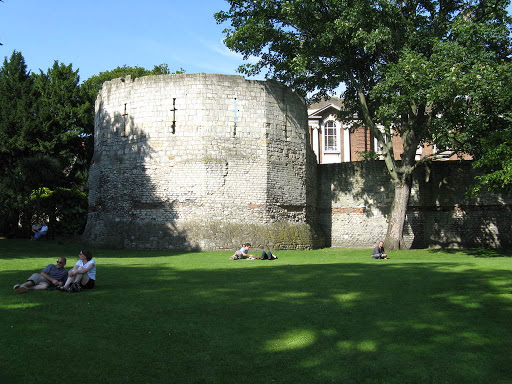 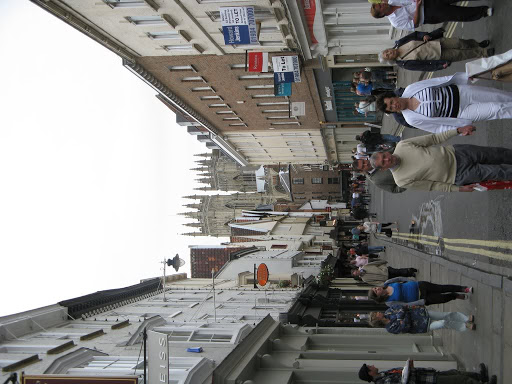 The central shopping district is surprisingly charming. Though there are a few rows of cheesy souvenirs and the like, even the ordinary retail is conducted from centuries-old shopfronts and cobblestone alleys, frequented by more pedestrians than cars. 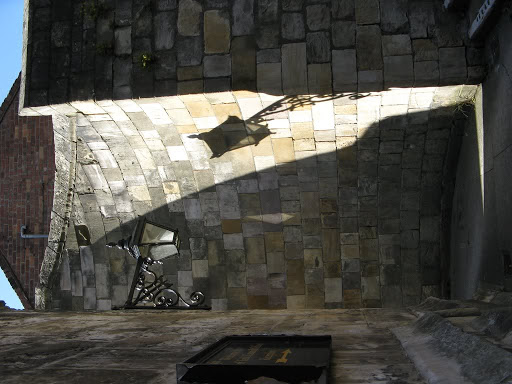 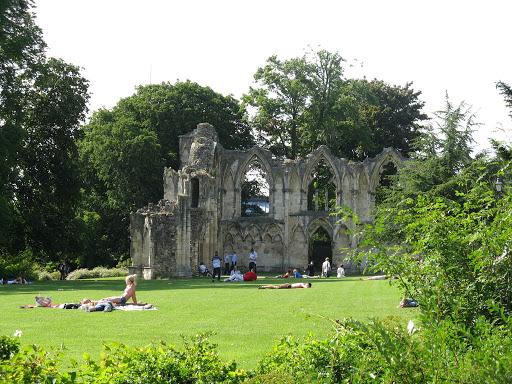 The Museum Gardens are pretty, too, of course. I've been stunned again and again by the lurid green lawns and kaleidoscope of flowers, both cultivated and untended, in this country. 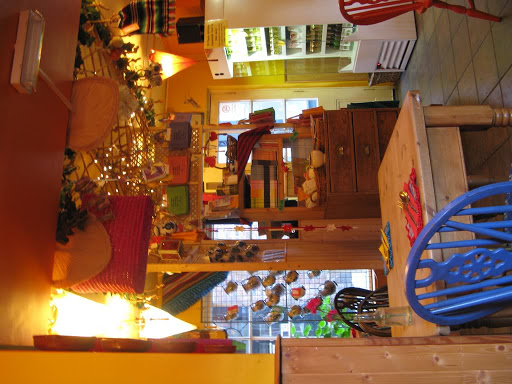 We ate dinner at El Piano, a vegan and gluten-free restaurant offering Central American-inspired food (the only infringement in the former case seems to be the option of dairy milk in the hot beverages). The object is to order a number of small dishes and share them around. 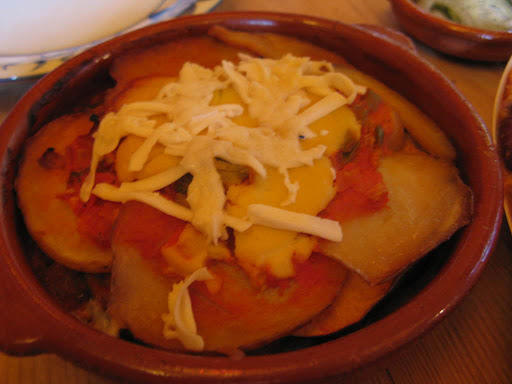 This is the moussaka, a potato and eggplant bake with a tomato and fennel sauce, topped with a bechamel-style cream. The vegan cheesy topping was really impressive! 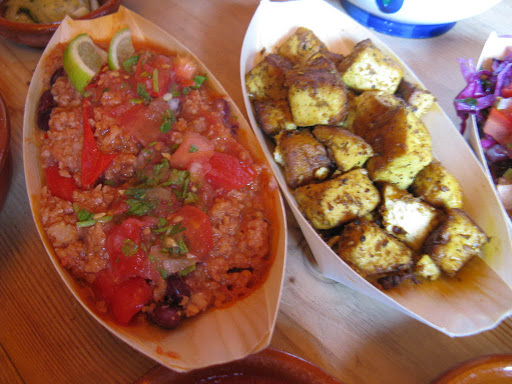 Here's the chilli mince (soya mince with fresh chillies, tomatos, red wine and navy beans) and the Aztec tofu (lightly seared in sunflower oil and Latin spices). Michael was a big fan of the chilli, but the tofu was the dish of the night for both of us. Charred, spicy and with a bit of chew, these reminded me of diced chicken... but better. I think they'd be ideal as part of DIY taco or burrito dinner, and I'm keen to try replicating them at home. 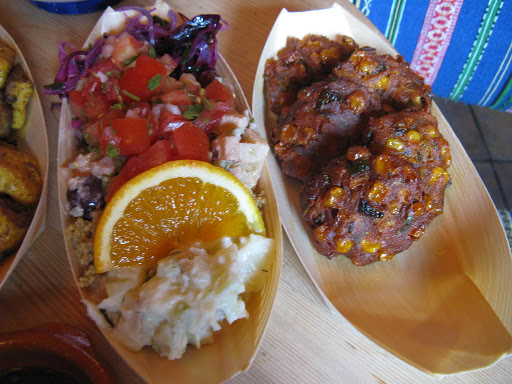 We also ordered corn fritters and a mixed salad dish. Though the freshness of the salad was welcome, it got a bit waterlogged, and it was difficult to pick out and appreciate the individual elements. 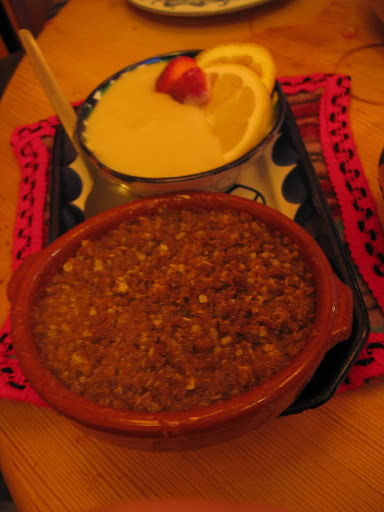 Having already seen the dessert menu, I was determined to find room for it. Though I offered to share, Michael was sufficiently keen to order his own - a gooseberry fruit crumble with rice custard. It was soft and shallow, not really meeting expectations. 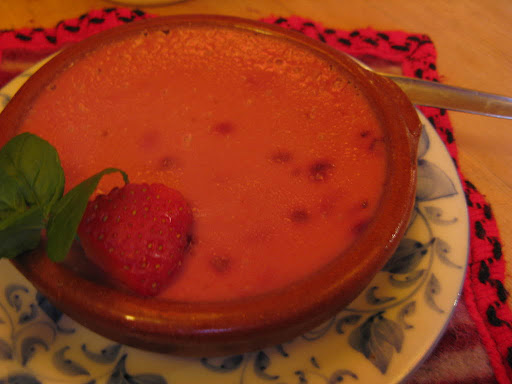 I was keen to try a vegan cheesecake, especially when I discovered that today's flavour was cherry. It was similarly shallow and lacking a crust (I like a crust on my cheesecake). It was impressively tangy and not at all beany, more like a firm fruit yoghurt than a cheesecake.
The desserts didn't quite win us over, but there was plenty else to appreciate about El Piano. A couple of the savoury dishes were memorable and the young wait staff were all most friendly and efficient.
Posted by Cindy at 10:00 am