So I have a new and completely inessential appliance... 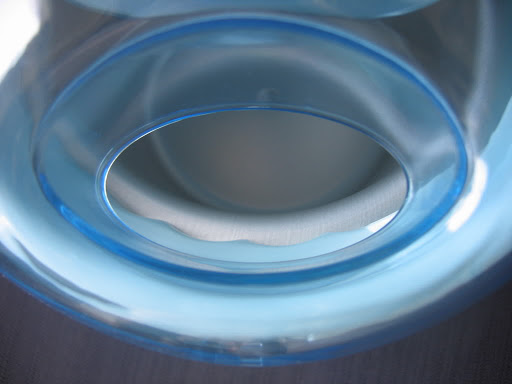 It's my second ice cream maker. 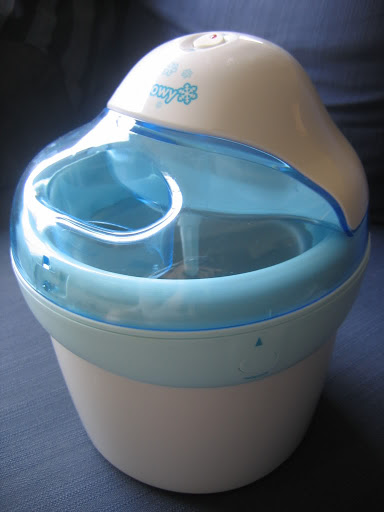 The first one churned out many, many batches of sweet cold goodness. But it's not been looking good lately, with the few scratches on the inner metal wall developing into potholes. My decision to update proved to be a good one, three times over. First, I found a very similar model for $10 less than I paid for my original churner seven years ago. Even better, it's much much quieter. Finally, I pulled out my old canister when I got home and found that one of the potholes was seeping a clear, viscous liquid. Ewww. That should not be getting churned into my dessert. 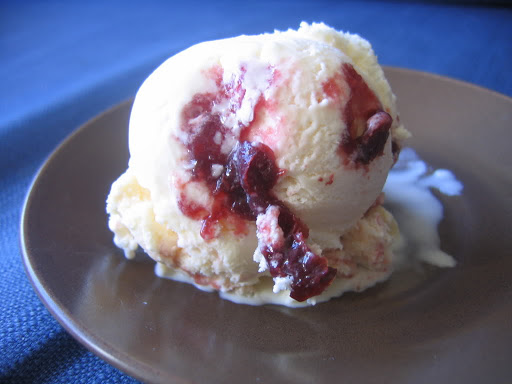 So instead this batch of cherry and vanilla ice cream went into my new clean machine. I used the vanilla component of this raspberry ripple ice cream recipe - it's now my favourite base and conveniently uses whole eggs! - and just dabbed it with teaspoons of sour cherry jam as I poured it into a box. The result is rather special, with my new churner giving lighter, softer ice cream than I've made for a few years.

Now I have an extra reason for hoping summer will stick around a little longer.
Posted by Cindy at 9:32 pm