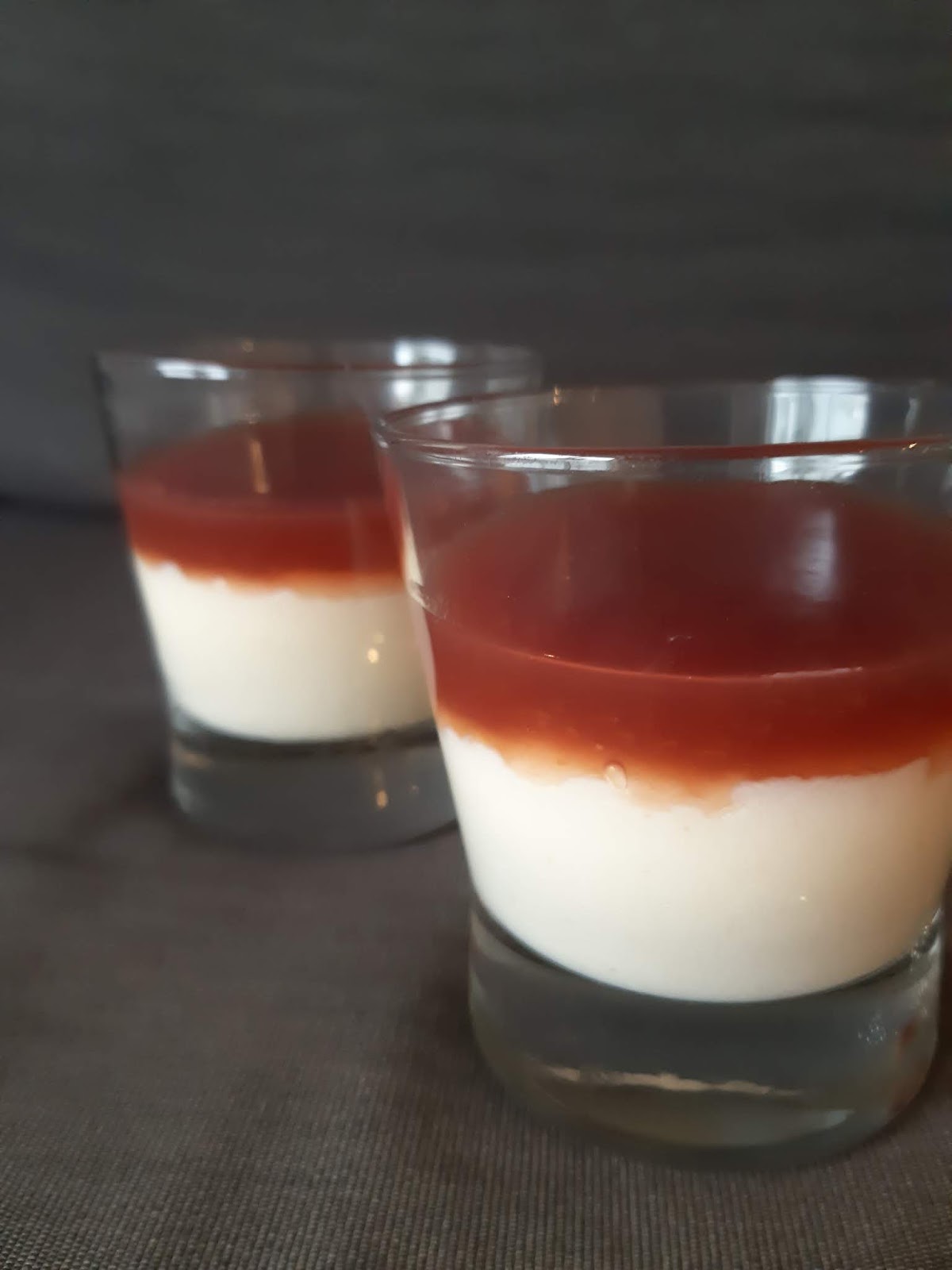 I've been using these lock-down weeks to methodically work through the dessert recipes in the Lab Farewell Cookbook, and it has been a treat. This pudding from Linda is something I'd already had the good fortune to taste at a past Lab Culinary Competition. She explained that it's a typical Chilean dessert, with quantities chosen by eye and lots of flexibility as to how runny or firmly set you prepare each layer.


I proceeded with a little caution because I recalled this being a rich dessert. Since there's only two of us at home, I decided to quarter the quantity and serve it in cups rather than making an entire flan. I ended up wishing I'd made a little more. (The recipe below shows the regular quantity, and I'd estimate that it would make around 8 serves.)


The texture of this pudding is velvety smooth, and its flavour has a two-tone contrast of milky-mild semolina, steeped with cinnamon, up against a darkly fruity red wine sauce. I thought it looked pretty in individual glasses, and I think I'd choose this serving style again even if I was making enough for a larger group.


Choose your serving dish: you could use a flan dish, a baking tray or individual bowls or cups.

Pour the milk into a saucepan and add the cinnamon stick, adding a little sugar to taste. Bring the milk up to a simmer, then whisk in the semolina and stir it regularly. When the semolina has thickened, pour it into your serving dish(es) and allow it to set.

Pour the wine into a clean saucepan, leaving half a cup aside. Mix the cornflour into that half a cup, until there are no lumps left. Add the cloves, orange peel and a little sugar to the wine in the saucepan and bring it all to a simmer. Gradually stir in the cornflour, continuing to stir as the mixture thickens. Pour the wine over the semolina and allow it to set before serving. Eat within 3-4 days.
Posted by Cindy at 6:38 pm