The potatoes of China


Our holiday in China was hosted by two lovey locals - one a fluent Chinese speaker, and the other a vegan resident of one year with a growing vocabulary. They provided us an experience we could never have arranged for ourselves! In particular, Michael and I tend to rely on Happy Cow to guide our eating while travelling, but our hosts simply led us to regular family restaurants and picked wisely from the menu. Many menus included photographs of the food, and more than I expected to added English text too, so we had our turns at ordering.
Another pleasant surprise was the wide array of potato dishes to be had! Here's a sample of the wonderful potatoes of China. 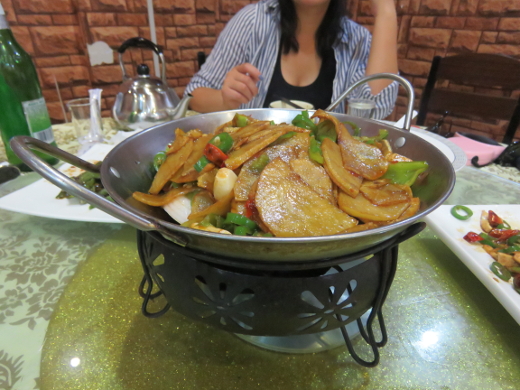 At a Hunan restaurant our thinly sliced potatoes arrived slightly undercooked, with a burner underneath ready to finish the job in front of us. It was difficult to resist picking slices from the top, while raw onion slices, whole garlic cloves and chilli bubbled in oil underneath. Waiting and stirring and waiting some more yielded richer, spicier slices. 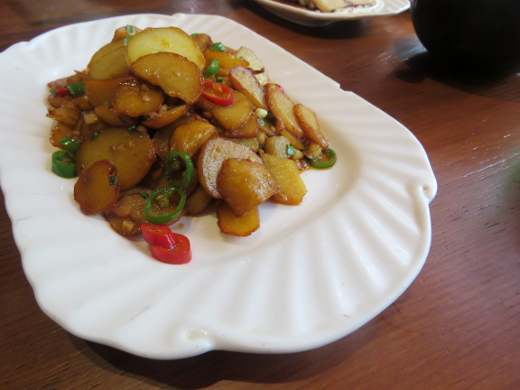 These Sichuan-style potatoes were served fully cooked and sliced a little thicker, with a solid chilli hit but none of the numbing pepper that the province is famous for (rest assured, there was plenty Sichuan pepper in the other dishes on the table!). 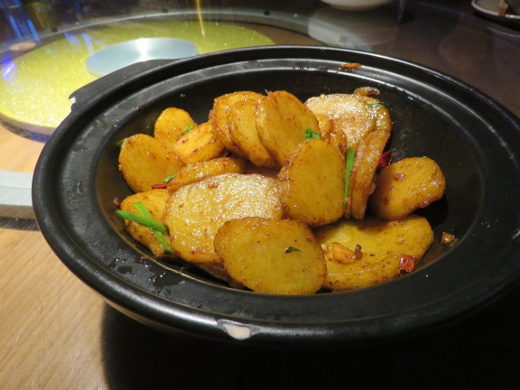 We received similarly sliced Yunnan potatoes in a hot ceramic pot; they had a lovely caramelisation to them and a telltale puddle of chilli oil in the bottom of the pot. 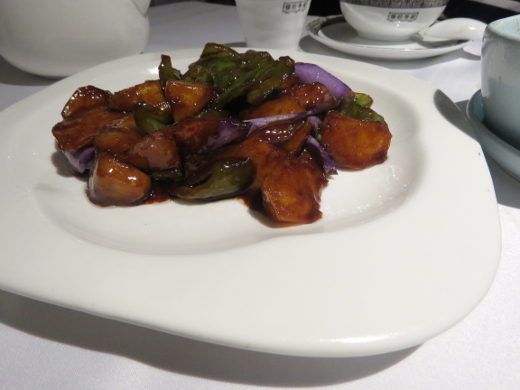 This dish was described as a Shanghai presentation of a Dongbei dish, which we had several times over on our trip. Here the potatoes are served with eggplant and capsicum, and they're all smothered in a thick, sweet, soy-salty sauce. 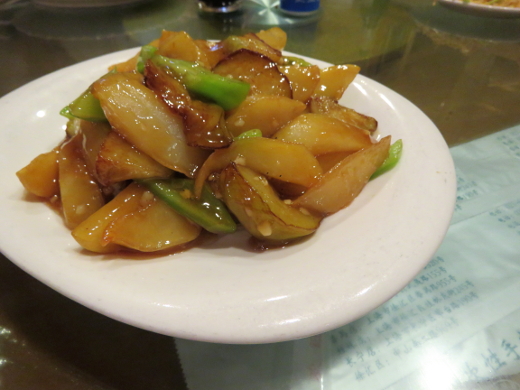 Here's another version of the Dongbei potatoes, eggplant and capsicum; less caramelly and more garlicky, with the potatoes having a confit texture. 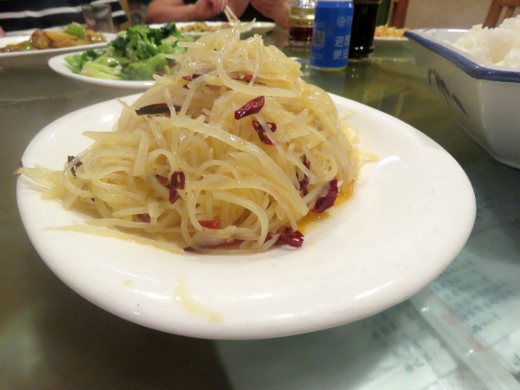 The shredded potatoes are a different experience altogether! They're so lightly cooked that they retain some raw crunchiness, and they're made even fresher and livelier with a dash of vinegar. 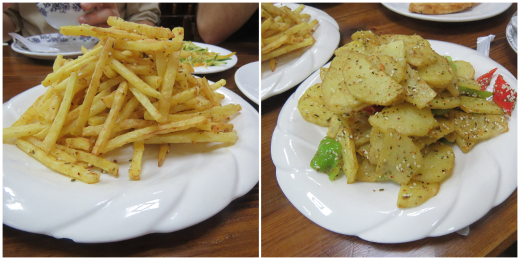 Eating in a Xinjiang halal restaurant was one of the more unexpected experiences of our trip. Our disinterest in mutton meant that our order looked very different to the ones at neighbouring tables, and our waitress tried to persuade us away from ordering two plates of potatoes. They had a common seasoning that included sesame seeds and cumin and reminded me of za'atar or dukkah, and the effect was subtly different but just as good on both the potato sticks and the flat rounds.
While we always expected to be stuffing ourselves silly on rice and noodles in China, we were thrilled to have so many meals with our other favourite carbohydrate, the potato.
Posted by Cindy at 7:36 am