The noodles of China

Noodles were a part of our meals in China at least as often as potatoes. Sometimes they were served as a single dish during a shared meal; at others we each ordered a big bowl of our own. They were always terrific. 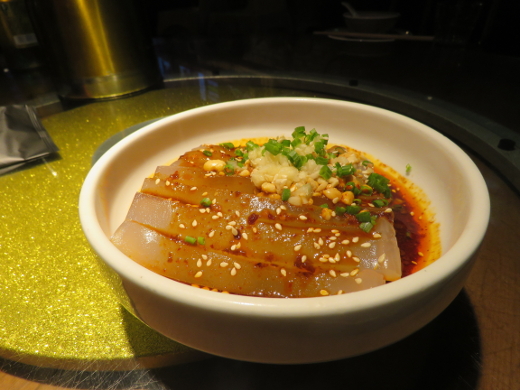 This small bowl of noodles was the first dish to arrive at a Yunnan restaurant. The translucent noodles were based on mung beans, sliced into thick batons and served cold. Their dressing was one of the most fiery chilli oils of our holiday, and sent me into a coughing fit. 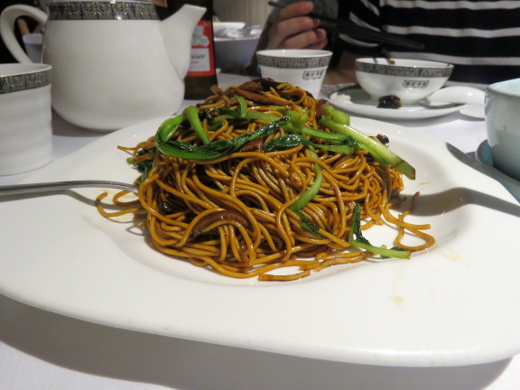 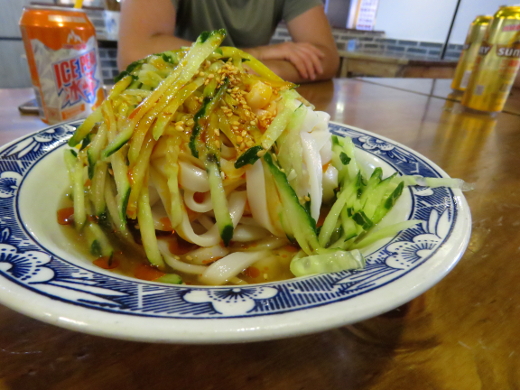 After a hot day traipsing around town, I should not have been surprised that cold noodles with shredded cucumber would be so refreshing! They were lightly dressed in broth with dots of chilli oil. 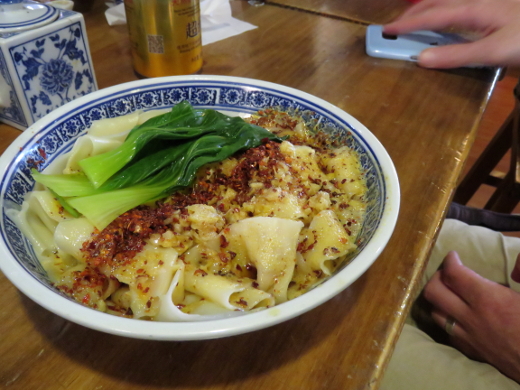 They were a little upstaged, though, by our accompanying bowl of youpo mian (oil pulled noodles). These feature kudai (belt) noodles with a few steamed greens and an unforgettable dressing of chilli, garlic and oil. I was tentative about the chilli-intensity initially, but discovered a smoky slow-burn that I not only could handle, but absolutely loved. 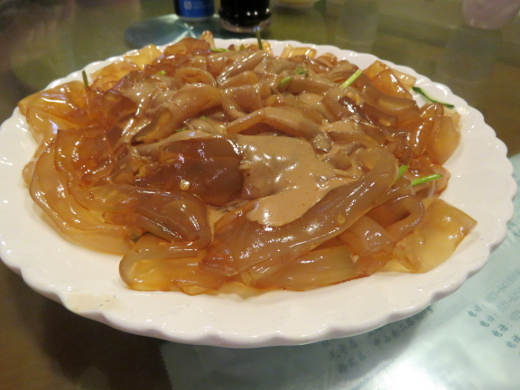 We had some more cold, translucent mung bean noodles in a Dongbei restaurant. They were impossibly slippery for an inelegant chopstick-operator like me, but worth the awkwardness for their sesame dressing. 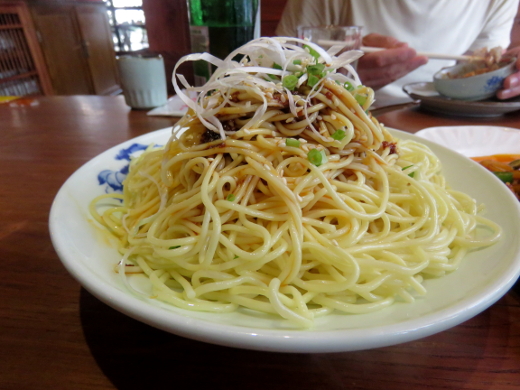 These cold Sichuan noodles were somewhat familiar from our visits to Dainty Sichuan in Melbourne - I've grown to enjoy the invigorating contrast of their cold temperature and fiery spice (and I'm especially please when they're served with peanuts). 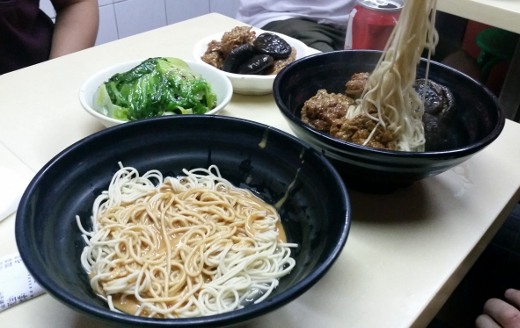 We ordered these noodle bowls from an alley-way noodle shop that's Michelin-recommended: Ding Te Le. Slathered in peanut sauce (pictured front), they were impossibly rich - three of us barely finished the bowl between us. Submerged in broth and served with some meat-mocking mushrooms (pictured back left), these thin fresh noodles were at their best. 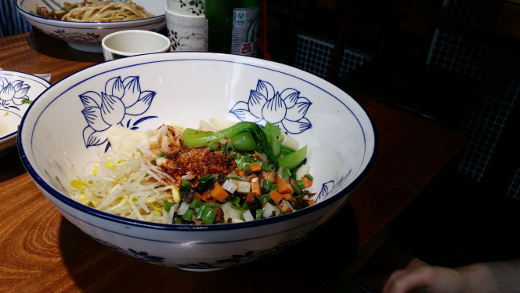 Here's a second bowl of youpo mian from a different restaurant, where it was served with assorted finely chopped vegetables and fresh bean sprouts (but just as much garlic, chilli and oil!). 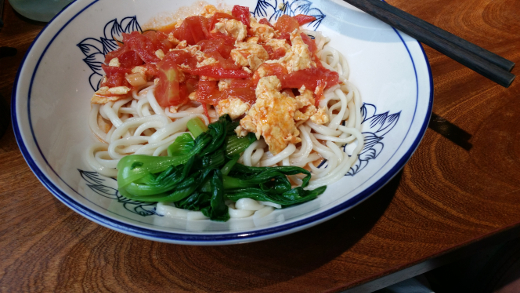 At the same restaurant, I ordered the noodles with tomato and egg after learning that this is a very common vegetarian option throughout China. It was so mild and nourishing - I could imagine what a comforting meal this could be when you're sick. But I wasn't sick, and I was a bit jealous of Michael's second excellent bowl of youpo mian.


Of all the noodles in China, it's definitely those youpo mian that are haunting us! We'll be keenly looking out for them back in Melbourne. Maybe we can even work up to making our own....
Posted by Cindy at 7:53 am