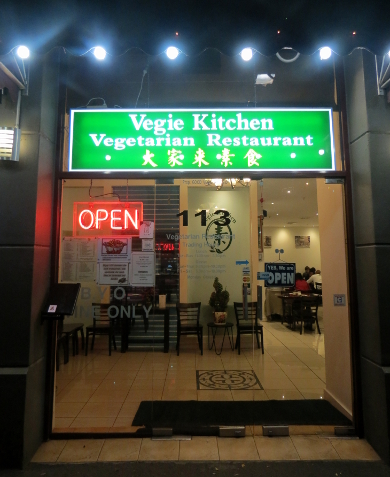 We were saddened late last year when the news broke that Enlightened Cuisine was closing down. We'd been visiting there on and off for a decade, enjoying their mock-meaty Chinese food. Their closure, hot on the heels of White Lotus' shut-down, left a big hole in Melbourne's veg restaurant scene. Luckily 2017 brought good news: Enlightened has reopened under a new name, Vegie Kitchen. We checked it out for a quick meal before heading off to see the amazing Patti Smith at the Arts Centre.

Aside from the new name, almost nothing has changed. The menu appears to be exactly the same, with more than 100 mostly mock-meaty dishes to choose from. We started off with an old favourite, a serve of the delicious prawn toast ($5), which remains a deep, deep fried delight. 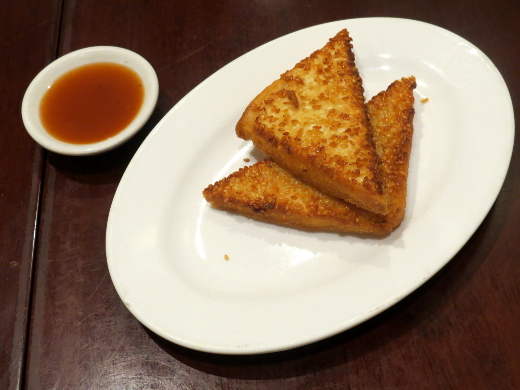 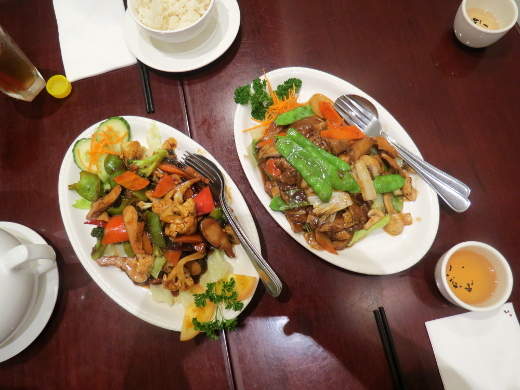 These were both great - the fish had a really great chilli kick and the ginger duck was tangy and delicious. Both dishes broke up the mock meat with a generous serve of veggies. They're big meals too - we ran out of steam before quite finishing everything off. 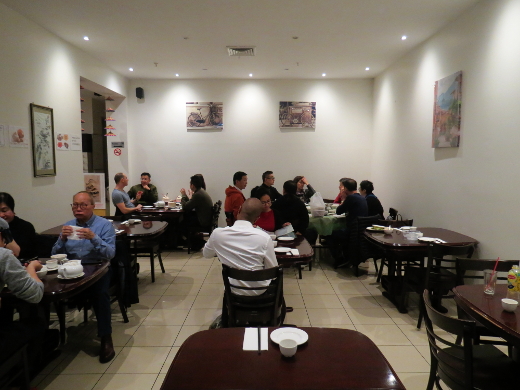 It's great that Vegie Kitchen has picked up where Enlightened Cuisine left off. There's no sign of innovation here and the ambiance isn't anything special, but it's a reliable veggie restaurant to satisfy your old school Chinese-food cravings. Long may it continue.


You can read our old reviews of Enlightened Cuisine here, here, here and here. Nobody else seems to have blogged about Vegie Kitchen just yet.
____________


Accessibility: The entry is flat and wide; there's a reasonable amount of space between tables. There's table service and bills are paid at a high counter. From memory, access to the toilets is narrow and includes a step.
Posted by Michael at 1:58 pm