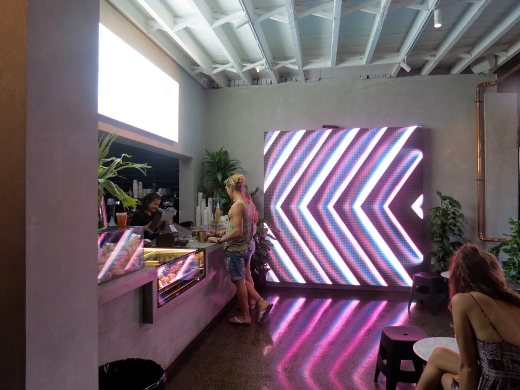 The Vegie Bar family has added another new member since Transformer. It's called Girls & Boys, and it's located right next door to the Vegie Bar on Brunswick St. Instead of smashing the gender binary, they've focused their efforts on sweet vegan snacks - the fanciest of raw cakes, a case of gelato, coconut-based soft-serve icecream, smoothies & thickshakes. They've got also a coffee machine and a selection of the latest lattes (turmeric, beetroot, etc), and the natural conclusion: a vegan affogato. 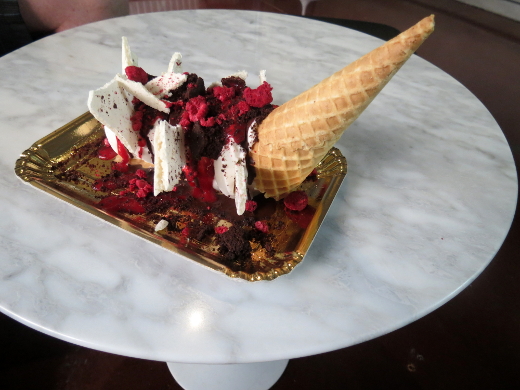 We stopped by after a hot night at the Tote and ordered this choc-raspberry soft-serve explosion ($12) to share. The texture is bona fide and I liked the light, sweet coconut flavour of the icecream. The vegan meringue shards and freeze-dried raspberries were ideal crunchy-tangy counterpoints, but unfortunately the chocolate components were a let-down - the brownie squares were tasteless and the sauce dulled in the cold.

It's awfully exciting to see a cheery, all-vegan sweet spot set up. I reckon I'll be sneaking in for a few more treats before summer's done.


Accessibility: Entry is flat and there's a lot of open flat space inside. Tables and chairs are low and sparsely distributed. We ordered and paid at a low counter. We didn't visit the toilets.
Posted by Cindy at 6:03 pm