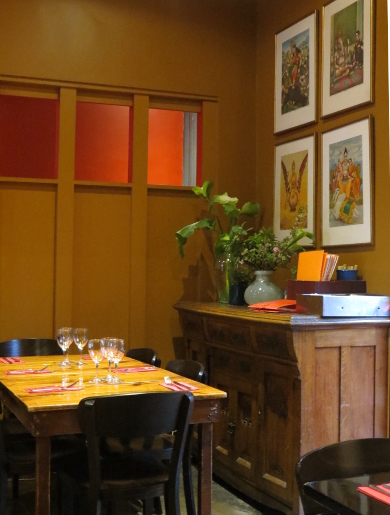 Shakahari is a true stayer of the Melbourne restaurant scene: our decade-spanning Cheap Eats project covers just a fraction of its 44-year tenure in Carlton. We made our first visit within a month of arriving in Melbourne and starting our food blog, and notched up five blog posts by 2008. After that we relegated our revisits to twitter, facebook and our own memories, but veg bloggers easy as vegan pie, vegan about town and In The Mood For Noodles carried the blogging baton for a few years after that (see end of post for a link round-up). 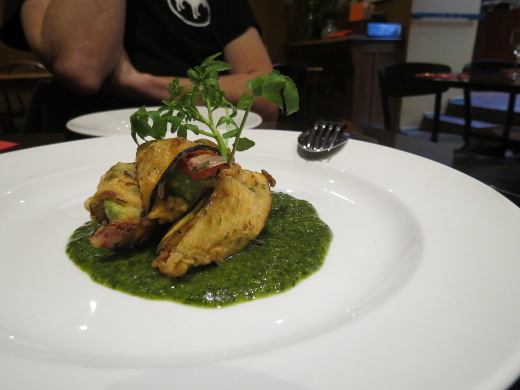 For a long time Shakahari switched its east-meets-west vegetarian menu seasonally, but it seems to have steadied over time. If anything they've improved their vegan and gluten-free selection. Many of our favourites have stuck around, and we were able to revisit them on a Saturday date night in Carlton. The first is the Avocado Magic entree (now $16; then $12 in 2007) - a hefty strip each of avocado and capsicum, rolled up in the thinnest sheet of eggplant before being battered and fried. It's mild and crisp and creamy, and best dredged through its share of coriander sauce. 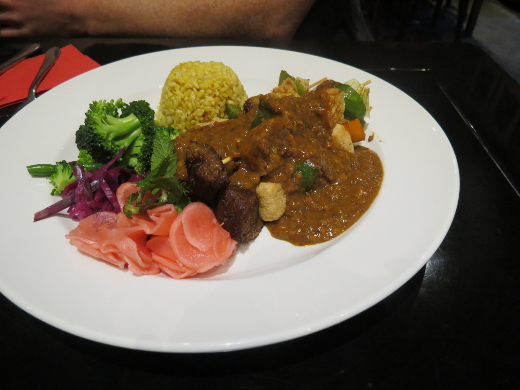 Michael claimed the Legendary Satay Shakahari (now $21.50; then $17.50 in 2006-2008). The skewers line up smoky seitan cubes, tofu and veges, and the satay is thick, generous and minimally spicy. The sides are mercifully lighter: turmeric rice, blanched green vegetables and bright pickles. 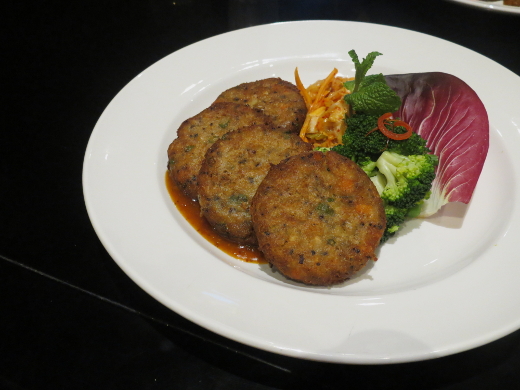 I returned to the Quinoa Croquettes (now $21.50; then $17.50 in 2006-2008). They're mushy-middled with mashed yam, speckled with black quinoa and macadamias, and fried to a brown crisp on the outside. Like the satay, they rely on their sauce (this one sweet and tangy) to fill out the flavour. More steamed greens on the side, and kim chi for the pickle. I like this way with simple vegetables and striking pickles to round out the main dishes. 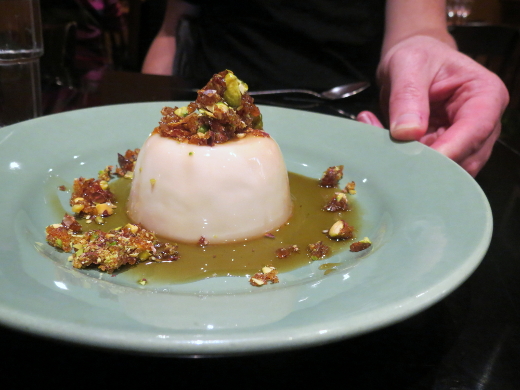 The Tofu Caramel (now $14.50; then unknown) didn't join the menu until a couple of years later but became an instant classic. It's wobbly and silken and milky - yet again, its salvation is an intensely flavoured sauce. I've come to expect supercharged sweetness from this dish and was delighted that the pistachio toffee is now tempered with ginger! 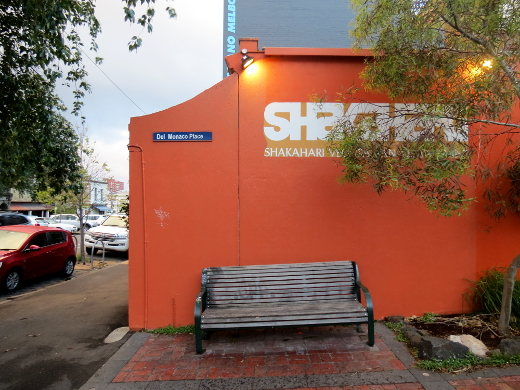 Service at Shakahari has always been patchy. On this night our table was available for little more than an hour, but they easily whisked us through three courses in that time. The restaurant's greatest weakness has always been its loud, echoing acoustics. When we first encountered Shakahari, it was an all-vegetarian special-occasion restaurant like we'd never encountered in Australia before. The prices seemed steep but they've withstood inflation well. Shakahari now takes a back seat to the flashier Smith & Daughters and Transformer, but it definitely still has its charms.


Reviews from omni bloggers have generally been positive over the years, see I'm So Hungree, Let's Get Fat Together, Kit's Cucina Culinaria, Food of the Soul, A Chronicle of Gastronomy, Wayfaring Chocolate, storm in a tea cup, Cartolina Gourmet, Typical Food Blog, Eating Diaries, Eat & Be Merry, Sweet and Sour Fork and Foodscrazy.
____________


Accessibility: There are a couple of steps up on entry, and a couple more between rooms on the inside. Tables are widely spaced. We ordered at our table and paid at a high counter. We haven't visited the toilets in a while.
Posted by Cindy at 7:35 pm