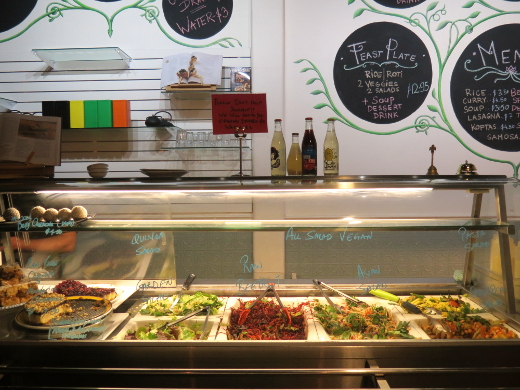 Between Michael's and my travels, we've let our Cheap Eats 2006 project lapse for a few months. We're reviving it with this visit to Gopal's in the city. When we first moved to Melbourne I was just barely done being a student and Brisbane's Hare Krishna restaurants, with their cheap and filling vegetarian meals, were a favourite hang-out. Gopal's had the same relaxed atmosphere and we notched up two short reviews in our first months here. We later checked in for a marathon cooking class, and we've failed to mention this dependable eatery on our blog for a good five years since. 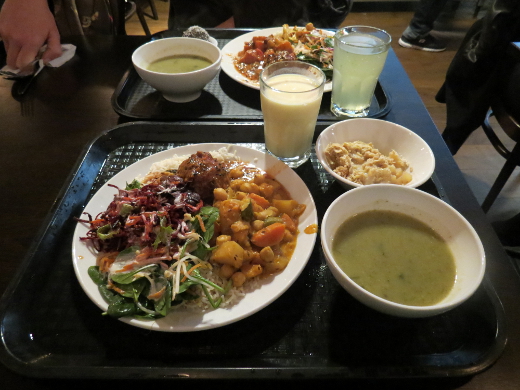 While we were originally a bit put out by the cost of the chef's special, it has aged well! $12 in 2006, the equivalent feast plate is still just $12.95. This entitles you to a tray heaped with food - soup, rice and your two chosen curries, two chosen salads, a drink and a dessert. It's hearty, bulk cooking based on affordable vegetables and dried spices. I've always liked the kofta, and on this visit particularly enjoyed the tanginess of the lassi. Michael's chocolate ball reminded me of oat cookie dough, and my apple crumble was similarly oaty and comforting. 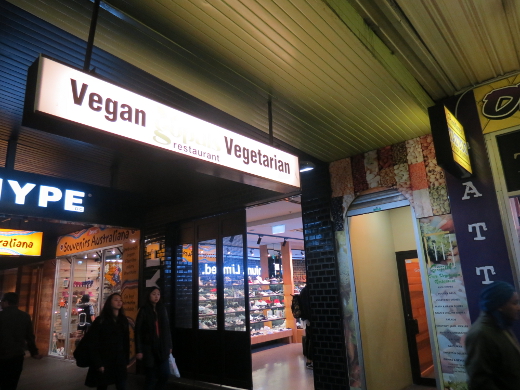 
Accessibility: We entered via a narrow staircase with a handrail and did not notice an alternative access point. We ordered and paid at the counter. Tables were quite well spaced. We didn't visit the toilets but noticed gendered doors for them on the same level as the restaurant.
Posted by Cindy at 2:32 pm