Edit 30/08/2017: Sadly Middle Fish is now closed! Their instagram account reports that they'll be opening at a new address in 2019. 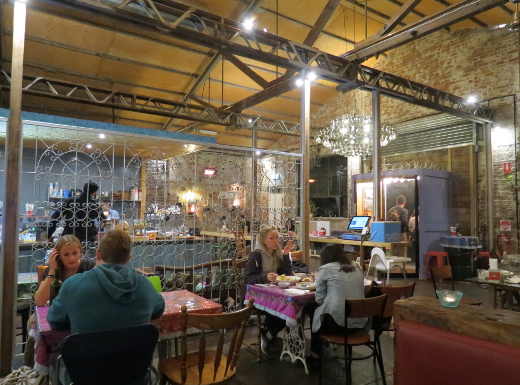 Michael's job has shifted locations from Fitzroy to the north-western CBD. As a result, Middle Fish has become middle ground between our workplaces. Originally focused on breakfast and lunch, this Thai cafe now trades for dinner, too, and the menu has expanded substantially since our last visit (erm, that was probably me sneaking in for banana roti with a textbook for cover).

Most helpful is a double spread headed "Not Meat". Here Middle Fish spell out that their vegetarian dishes may contain eggs, fish sauce or shrimp paste - it's not quite my definition of lacto-ovo, but there are six dishes clearly marked vegan among them. There are also pages of Thai desserts and street sweets I'd not encountered before, extending their past roti offerings to sago, sticky rice and root vegetables steeped in coconut milks and syrups, some with icecream. 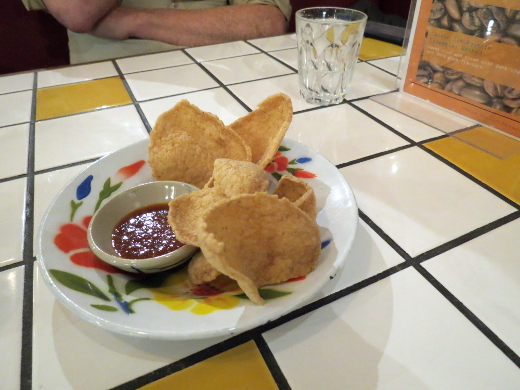 But we were here for dinner. Once we'd placed our order, we were presented with a plate of prawn crackers - a nice gesture, but again stretching the definition of vegetarian further than we usually go. 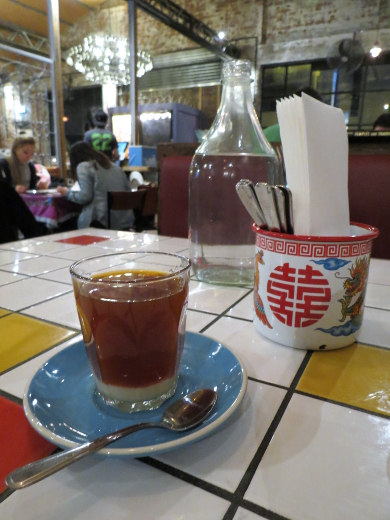 By contrast, the Thai tea with condensed milk ($3.80) was exactly was I was after, sweet and more woody than bitter, almost orange once I'd stirred it up. 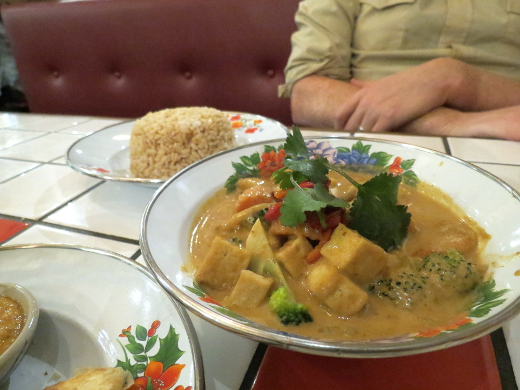 Michael trialled their vegan mussaman ($15) with brown rice - a pleasant rendition with lots of tofu and only mild spices (this was rapidly rectified using the hot sauces at the table). 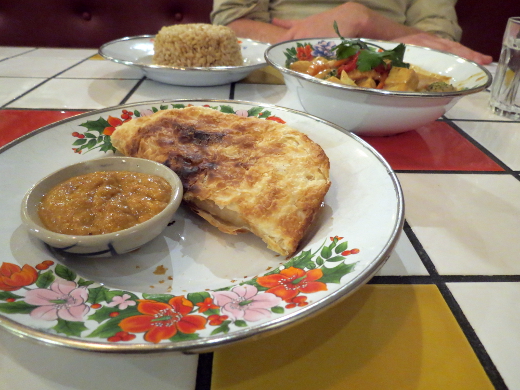 I insist on roti with Thai curries whenever possible. This one ($4) was thick, thoroughly toasted and very flaky, with a bit o' satay sauce on the side. 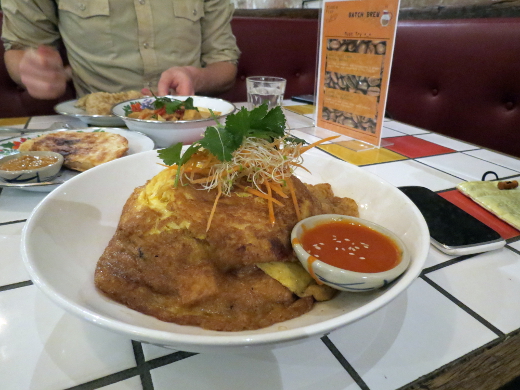 I went back for the kai jiew ($14.50) I've ordered several times before - this is an enormous golden-fried omelette studded with tofu and the odd broccoli floret, slouching over a mound of brown rice. I happily laboured over it for some time, dabbing sriracha around with my spoon.


While the light and the ambience is a little dimmer in the evening, Middle Fish remains a bright, relaxed spot for a meal. With the same menu now served for lunch and dinner, there's no need for anyone to miss out.


Accessibility: There's a flat entry way leading into an incredibly spacious and naturally well-lit dining area (it's a bit dimmer at night). Service takes place at the table, payment at a low counter.