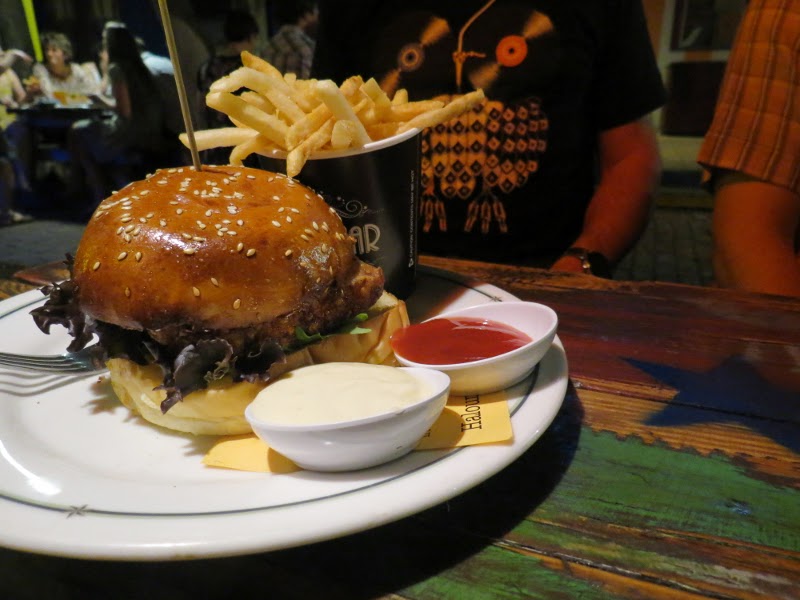 Alice Springs ain't a big town but it has its share of eateries. Some Alice-savvy friends helpfully passed on their favourites before we set off; their recs were vastly preferable to the obtusely named and catered Juicy Rump, a casino-pub conveniently adjacent to our conference venue. Take Monte's, for example - though it was a bit of a walk, this circus-themed pub offered just as much outdoor seating and terrific food as a major bonus. Gluten-free options on their pizza and three kinds of vege burger brought smiles to faces of this conference crowd. Some folks even stuck around for the Thursday night trivia.
Our crumbed haloumi burgers (~$13) were right on trend with a brioche bun, lots of condiments and a price uninflated by distance. We had a choice between beer-battered chips and shoestring fries (+~$3) on the side, and no regrets either way. 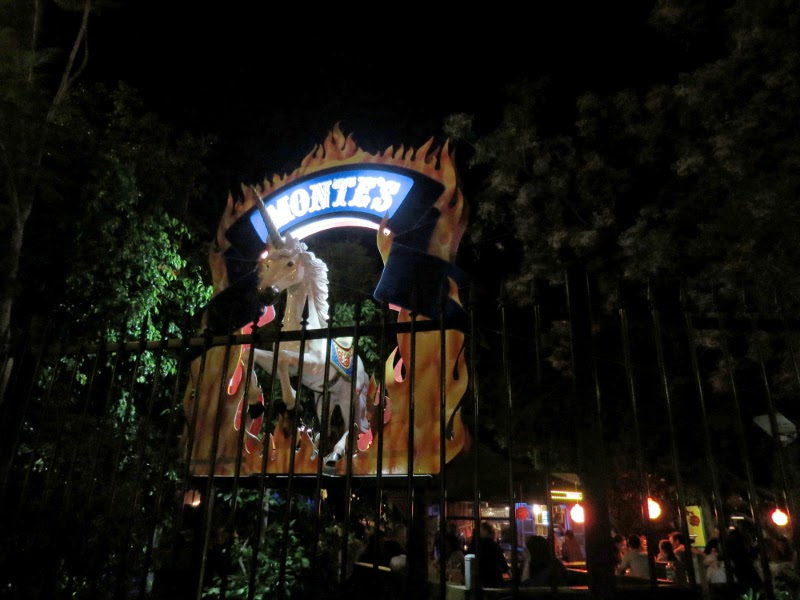 We'd been advised that Hanuman was probably the best restaurant in town, so we booked ourselves dinner there after we'd washed off the red dirt from our tour. The menu is Pan-Asian with an entire vegetarian section plus a few extra (V)s elsewhere. 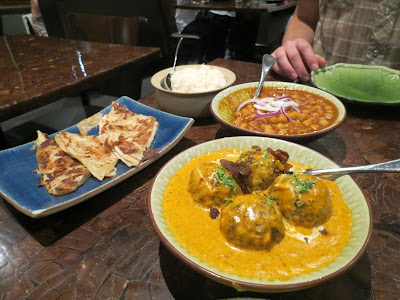 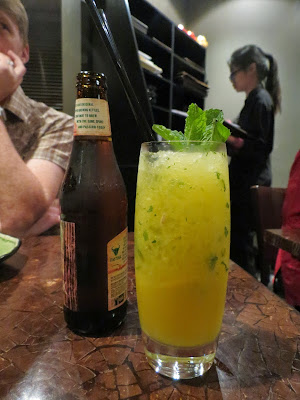 What I liked most about Hanuman was that they had a mocktail list. The Sundown ($9.50) was sweet icy paradise after our camping holiday; mint, lime, almond syrup, and orange juice.
_____________ 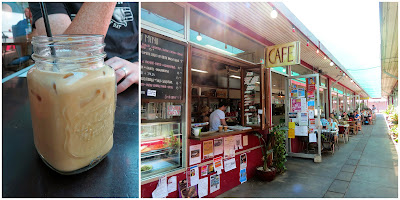 Finally, we enjoyed a pre-flight brunch at Page 27. Though the furniture, artwork and counter-ordering reminded me of the Brisbane cafes I frequented in the late 1990s, the menu was modern-day Melbourne with gluten-free toast options, an avocado smash and mentions of chorizo. The coffee passed muster with Michael and even my beverage whims were catered to with a soy dandelion latte. 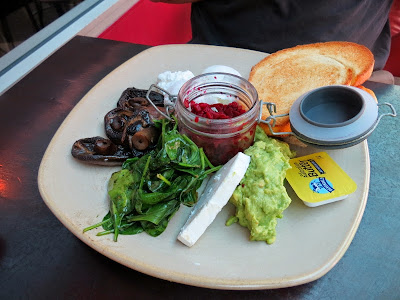 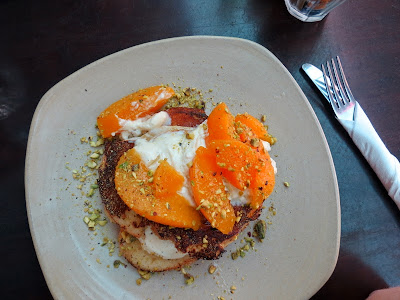 I polished off a plate of fluffy French toast ($14.90) smeared with creamy mascarpone, forgivably canned peaches and crushed pistachios.
____________
Though you can't always rely on quality cooking or fresh produce in a town like Alice, these eateries left a pleasant taste in our mouths. To finish up, here's another taste of the landscape; this time the West MacDonnell Ranges.
Posted by Cindy at 8:49 am