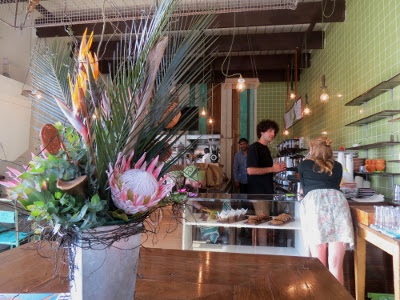 We were thrilled late last year when we discovered that our favourite southside eatery, Monk Bodhi Dharma, would soon have a sibling cafe in the inner north-east. Admiral Cheng-Ho opened its doors to customers last Thursday morning and we were there to welcome it to the neighbourhood.


Though Admiral Cheng-Ho has its own distinct theme, there's a clear family resemblance in the glossy lacquered upcycled timber, bare bulbs and exposed bricks. They take their coffee seriously and Michael confirms that it's seriously good. The all day breakfast menu follows closely in Monk's footsteps - the bircher, avocado on toast, granola and umami mushrooms are all here in near the same form, while there look to be new versions of the savoury fritters and sweet pancakes.


At present, everything is vegan or vegan adaptable, and marked as such; more than half of the dishes are marked gluten free and two are raw. 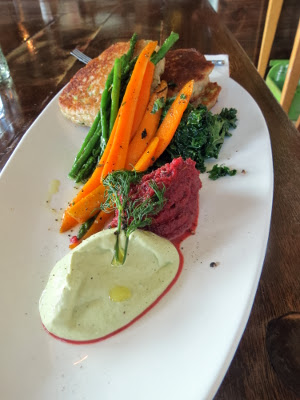 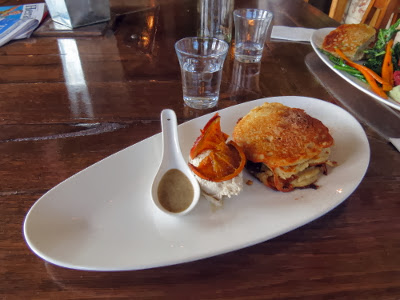 I was similarly enamoured of the northside quinoa pancakes ($18.50), based on another high-performing gluten-free batter. This one had the distinct nuttiness of quinoa without compromising any of the fluffiness most of us want in a pancake. The sandy 'coffee soil' on top didn't do much for me, but the sugar-free trinity of butterscotch sauce, raw vanilla icecream and candied orange was exquisite. 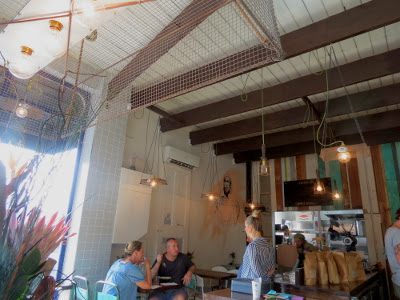 Admiral Cheng-Ho hasn't sprung any big surprises on those of us who've brunched at Monk Bodhi Dharma. Prices are at the higher end of the brunch market, and the dishes show the thought, skill and imagination that warrants it. If anything it's a relief to see so much of what's wonderful about Monk translate to a second kitchen, and one I can conceivably cycle to. 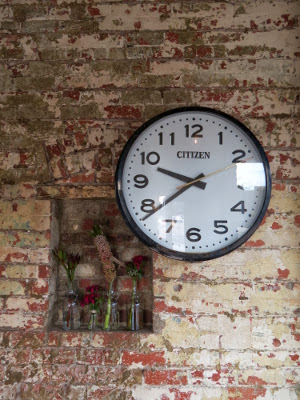 
Accessibility: There's a single large step on entry, high density seating inside and a clear wide path through the middle. We ordered at the table and paid at a low counter. We didn't visit the toilets.
Posted by Cindy at 7:58 am