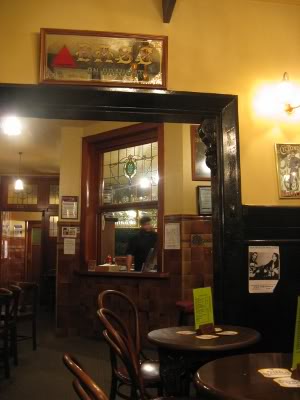 Our fortnightly 'pub club' outing with colleagues and friends has decreased in frequency since its ringleader was diagnosed as coeliac. Pub grub is more glutenous than you might expect, and even more disappointing for Andy is that most beers are now off the menu. But there was a little surge of enthusiasm when Michael identified Abbotsford's Retreat Hotel as having a gluten-free-friendly menu.
The hotel is set just off the eastern end of Johnston St, which makes for a less than pleasant ride (cross your fingers for a green light across Hoddle St!), but the warm and warmly lit interior is a lovely spot to recover. The menu's a smidge pricey - entrees are $10-$15, mains $21-27 with $15 parmi specials on Mondays - and there are a few vego options scattered about. 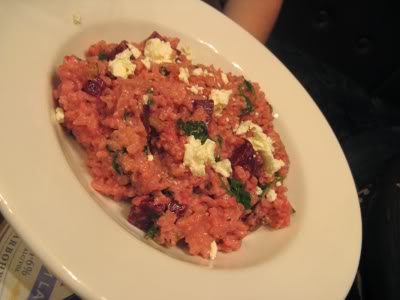 Michael ordered the 'roast beetroot risotto with goats cheese and walnuts' ($21).  He found it a bit bland, with only the mouthfuls containing the goats cheese providing much excitement. 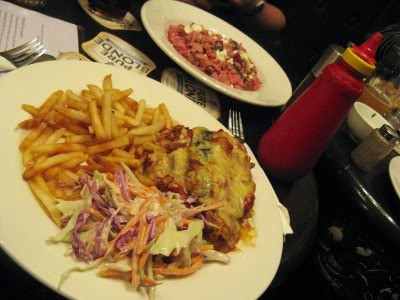 I went for the vego parmi option ($15 on Monday nights) and received a mountain of food. The skinny chips were great; the eggplant parmigiana had a pleasant flavour but was incredibly thick and stodgy; the coleslaw was a nice idea that just didn't come through.  (Hey, coleslaw makers - you don't need to drown it in mayo!  In fact, some of the best 'slaws don't even include mayo!) 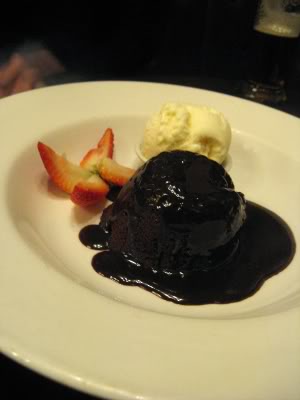 We gave the Retreat a chance to prove itself with dessert.  Michael was happy with the 'chocolate pudding with rich chocolate sauce and ice cream' ($9.50) that he shared with Jo. 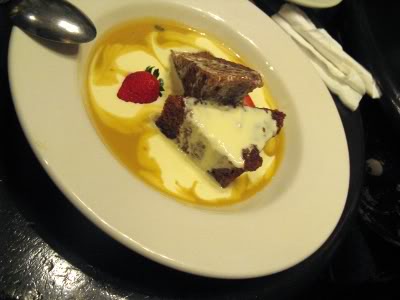 Mike and I were keener for the 'sticky date pudding with toffee sauce and cream' ($9.50). The sauce hit the right note but unfortunately the pudding wasn't what I was after, more an airy cake without much depth of flavour.
While the Retreat Hotel deserves credit for its cosy environment and gluten-free options, it's not exactly a vegetarian's delight.  The meat-free dishes they serve rely heavily on cheese (vegans, stay away!) and are a bit hit-and-miss.  It'll take another wave - perhaps a tsunami - of pub club enthusiasm to tempt me back.