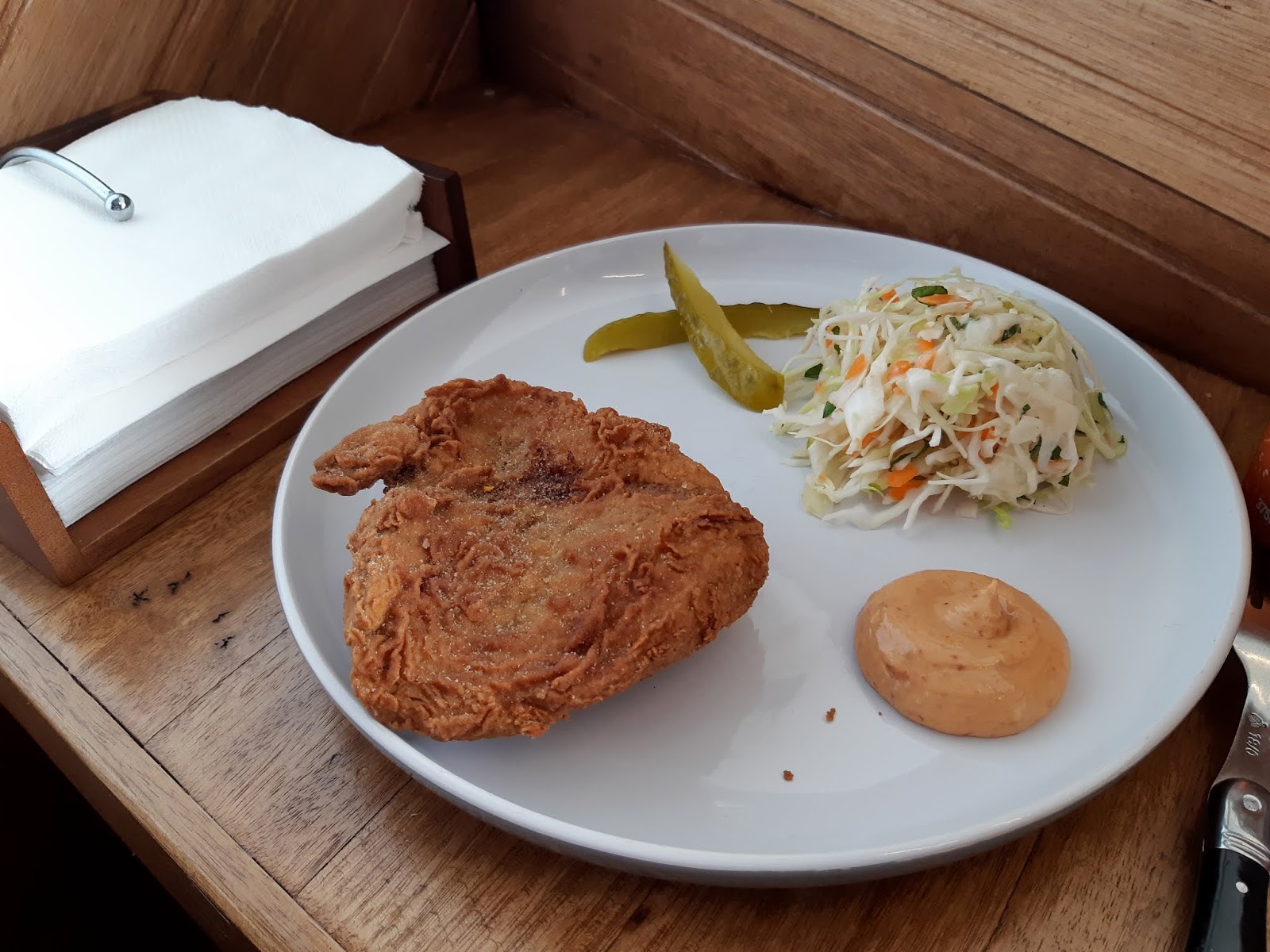 The wonderful house-made mock chicken at This Borderland


Summer is over, and we've only just wrapped up our 2019 posts! The end of the year was tough, and I'm choosier than ever about when and what to add here. Still, there's been time now to sift through a long year, update our navigation pages, and pick some highlights.


First up: we're sad to see some faves shut their doors, including Fitzroy eateries Munsterhaus and Billy & Lucy, veg-friendly pubs The Rev and The Snug, and the legendary Sizzle Plate makers, Dosa Plaza.

The dish so good, I once embroidered it


Of course, there's always something new to try around Melbourne. We don't hit the hotspots as fast or as comprehensively as we used to, but we're adding 14 more eateries to our honour roll. The Carringbush Hotel is a welcome new addition to the pub scene: we've lunched in the beer garden, held book club there, and competed in their trivia nights. We love having Kevabs and Samba's Jhol Momo in the neighbourhood for cheap, nourishing food when we're not in the mood to cook. Theodore's is a bit fancier, but we've treated ourselves there, too, under the same conditions - we have always felt well looked after by the staff and the veges they serve. 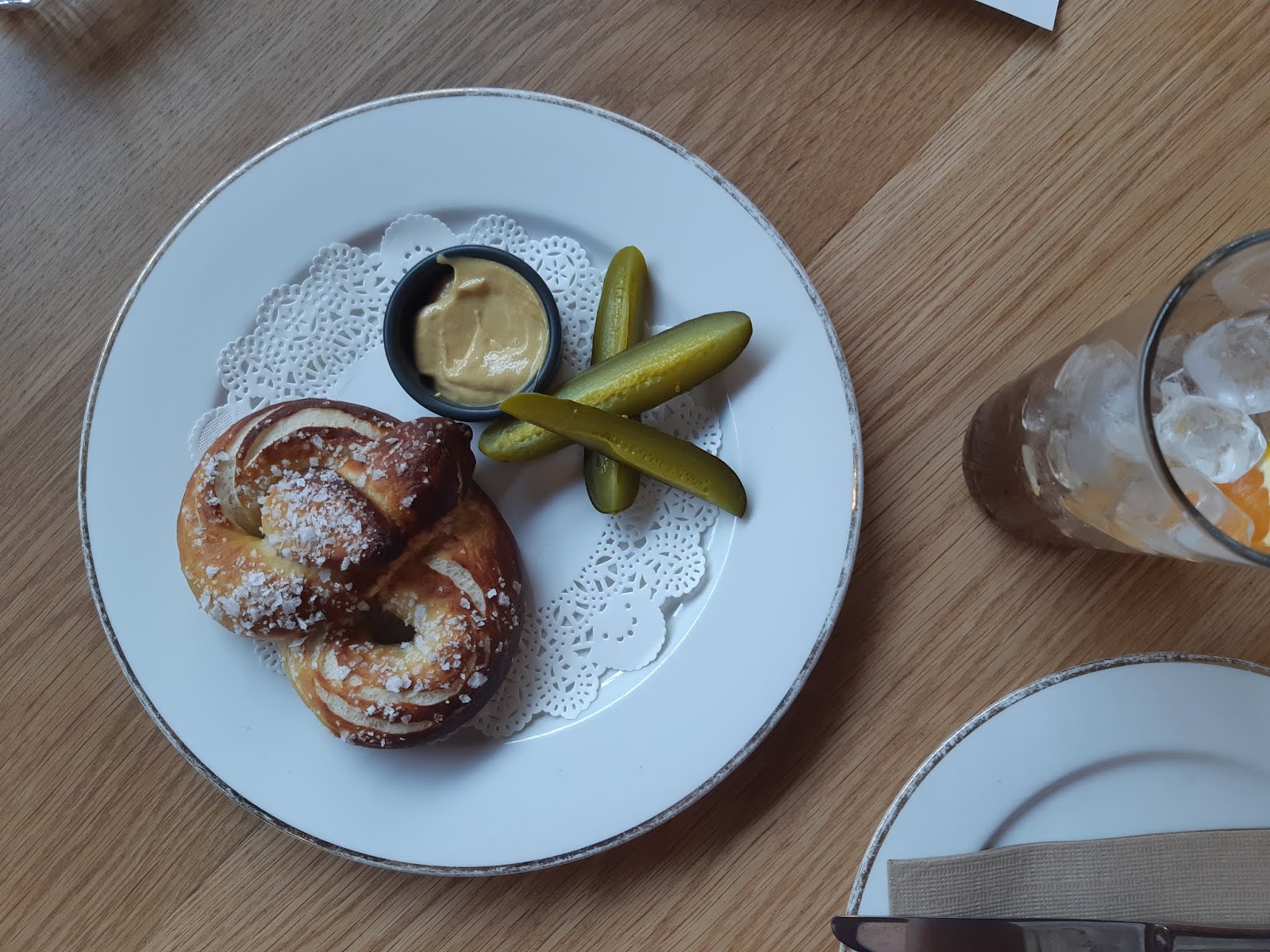 Sure, I'm recommending the veges... but aren't Theodore's pretzels pretty?


We've both been commuting (mostly cycling) to jobs in the north-eastern suburbs in 2019, and so we're eating more often in Preston and the surrounding suburbs. We're very fond of the mock chicken at This Borderland (pictured up top), so much so that I chose it for my birthday dinner. We've also made multiple stops in to Mesob and to Taxiboat. I've had a summer of great icecreams, primarily from Cuppa Turca and Billy van Creamy, which are both along our cycle path. 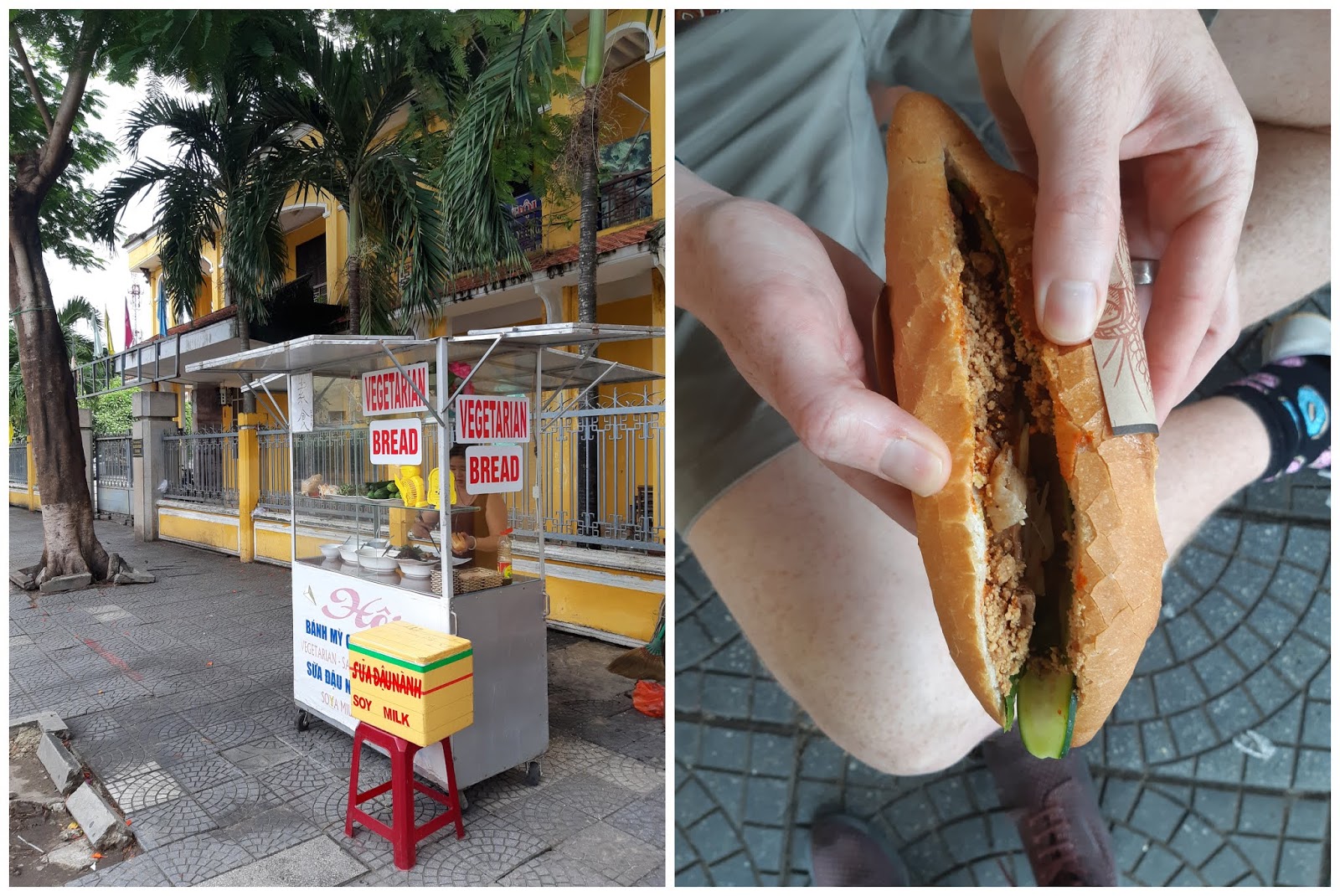 Our most distant meals were had in Hoi An. We spent a fabulous week there in September; walking, swimming and cycling, taking a cooking class and visiting local landmarks, finding numerous vegetarian restaurants, and eating all the banh mi we could find. I drank a lot of coffee. 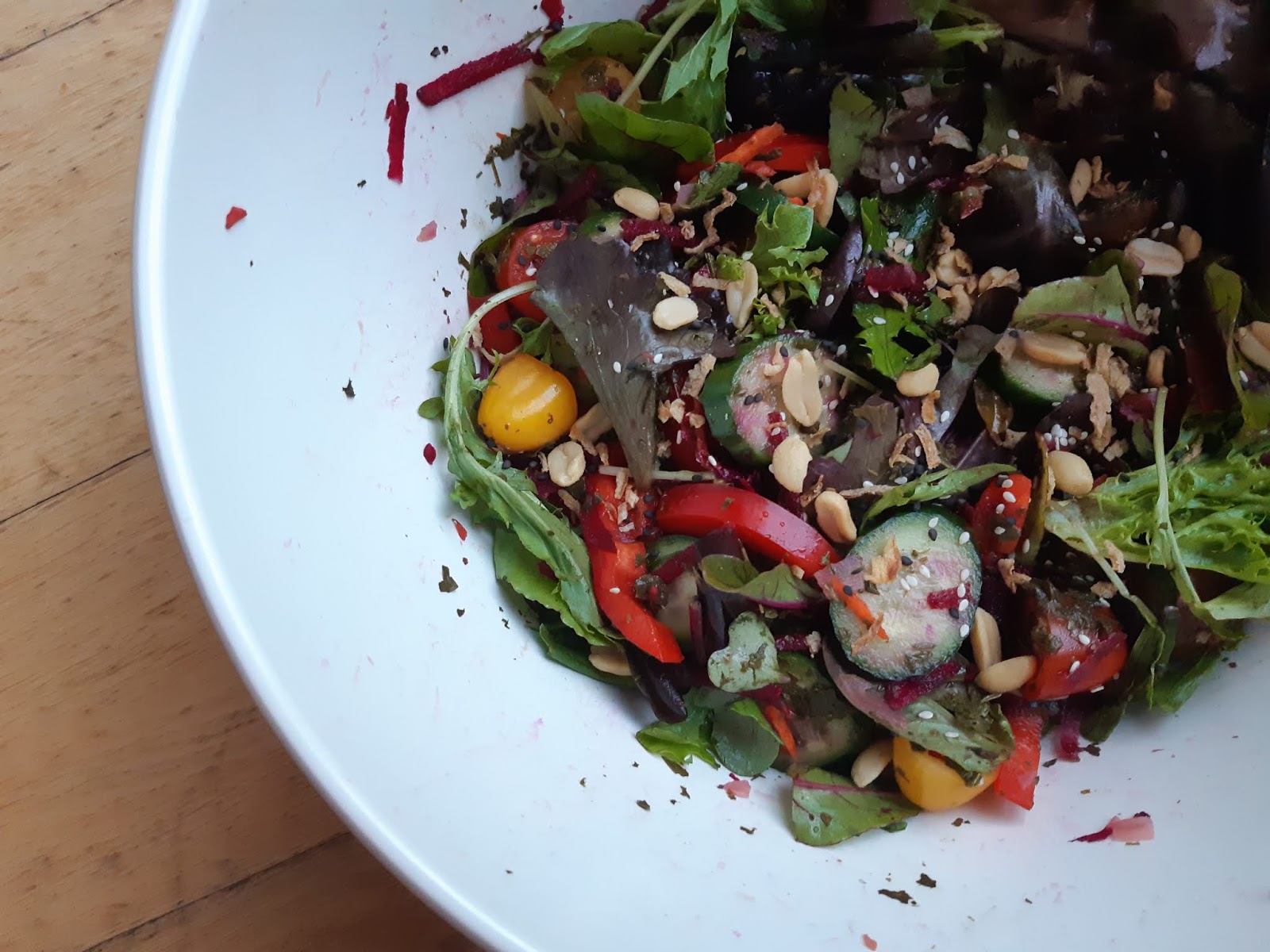 You can pickle green tea leaves?! Just one of the things I've learned from the Lab Farewell Cookbook


In our own kitchen, the menu has revolved around a special new cookbook. No, it's not the latest Ottolenghi or Moskowitz release; it's a one-of-a-kind compendium of recipes given to me by the colleagues I left when I switched jobs early in the year. It's been such a privilege to experience recipes that are important to them - because they're impressive at dinner parties or reliable on work nights, because they're beloved family recipes or something that reminds them of their country of origin. I made 24 of these recipes in 2019 and my goal this year is to complete every remaining recipe in the book at least once. It's the number one reason you can expect this blog to keep kickin' on in 2020. 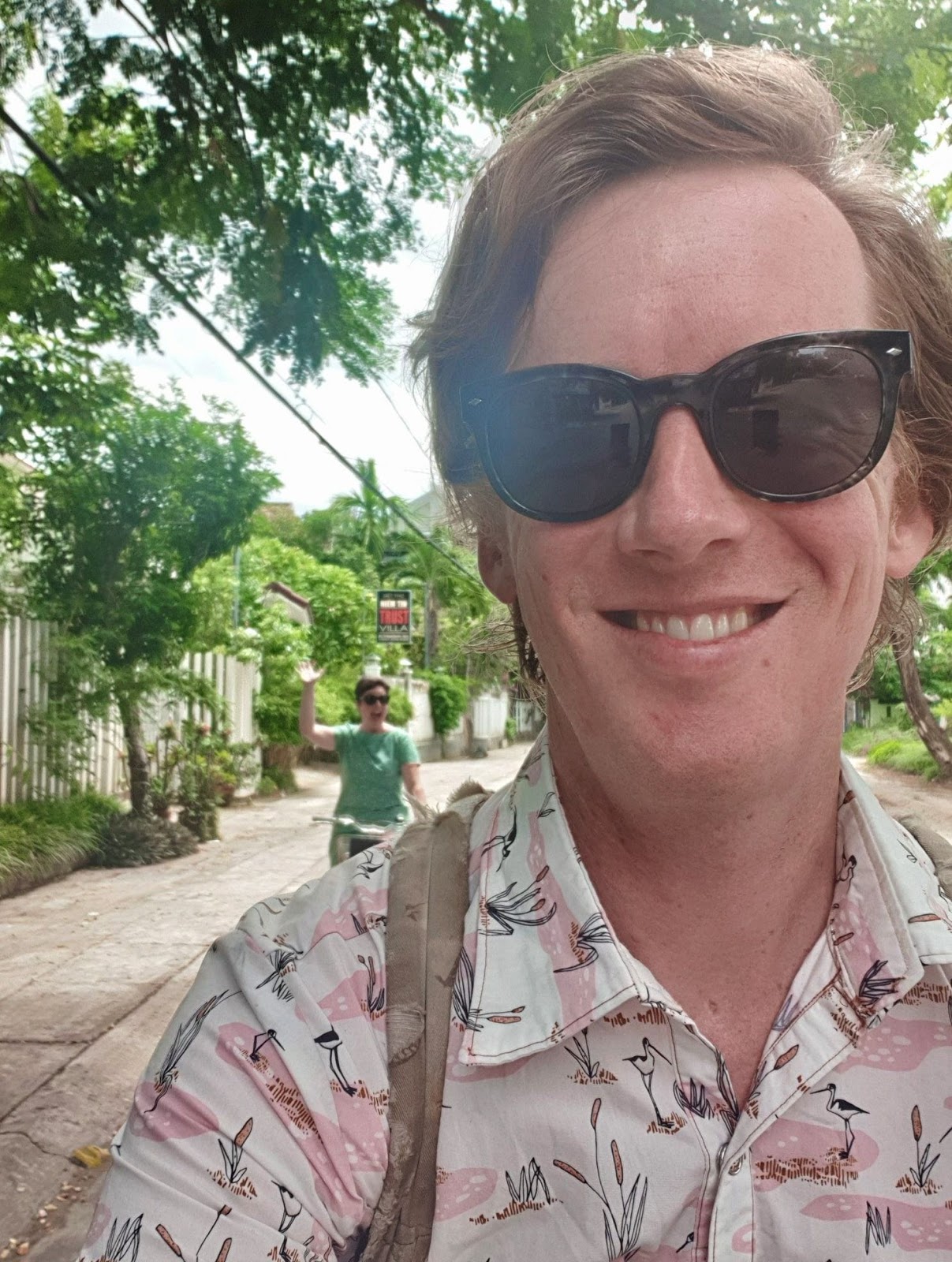