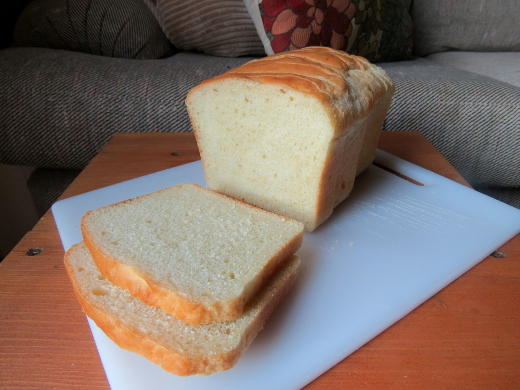 From Washington DC, I took a bus to Morgantown, West Virginia. I'd spend the week working in a quiet office, and the nights lodging in a cottage just across the border in Pennsylvania. I did not expect that I'd gather any material for this food blog.

How wrong I was! In Mount Morris PA I met Jenny. Jenny runs Rising Creek Bakery, a business that's preserving a little-known traditional of salt rising bread. Rather than yeast, salt rising bread uses some combination of potatoes, cornmeal, flour, salt and/or sugar in hot water or milk. These ingredients form a starter, fermented at around 40°C to form the bread leavening. By all accounts it gets very stinky! But a stinky starter leads to a distinctly appetising, aromatic loaf that smells like toasted cheese. 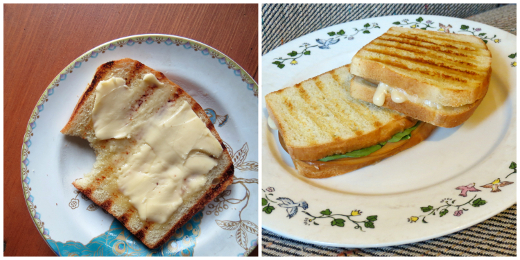 I picked up one of these loaves and also borrowed a copy of Jenny (aka Genevieve Bardwell) and Susan Ray Brown's brand new book, called Salt Rising Bread. The book is an affectionate and well-researched history of salt rising bread, which originated with the earliest European settlers in Appalachia; the earliest recipe they were able to find dates back to 1778. As well as consulting libraries and food historians, they've called on oral history, interviewing and profiling numerous rising bread bakers. Many of these stories are in the bakers' own words, interweaving family anecdotes with their breads' successes and failures. 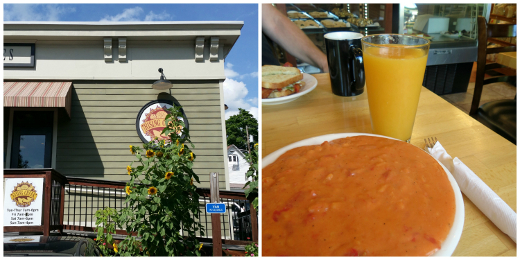 Salt rising bread evokes nostalgia in many of the folks who know it, and Jenny posts loaves all over the US through her bakery's online system. The bread is golden with a thin crust and a dense crumb; several contributors to the book say a good loaf looks like pound cake. And of course there's that unique, cheesy aroma that settles in the air and on your hands after eating it. Most fans prefer to eat it simply toasted, with a little butter or jam. Another tradition is to place a slice in a bowl and then pour over coffee, sprinkle on brown sugar and then add cream or milk - a lazy cook's tiramisu, perhaps? At the bakery, you can order two slices of salt rising bread smothered in tomato gravy for breakfast (pictured above). The gravy is thick and hearty, based on milk and flour and then tangy and sweet from the tomatoes. 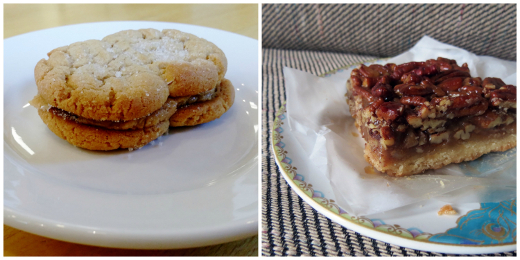 Rising Creek Bakery also sells some goods that aren't based on a salt rising starter. In Jenny's home, I ate a slice of mushroom quiche with a crumbly, buttery crust. One of their bestsellers is a cookie sandwich inspired by the Nutter Butter. These peanut butter cookies have my favourite, favourite cookie texture, smooth and a little chewy - it's hard to tell where the cookie ends and the creamy honey-and-peanut butter filling begins. The pecan squares are biscuit-crusted, a little gooey, and have just the right little dose of salt mixed in. 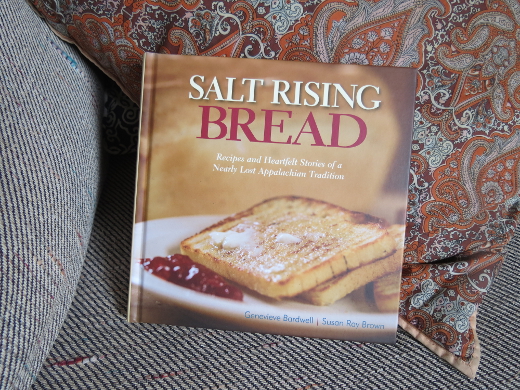 It has been such an unexpected pleasure to learn about this local tradition, in a part of the world I could easily never have visited. Having spent just a week with salt rising bread, its unique and comforting scent has marked my memory - in a few more weeks, the nostalgia it spreads will probably take hold.
Posted by Cindy at 5:26 pm