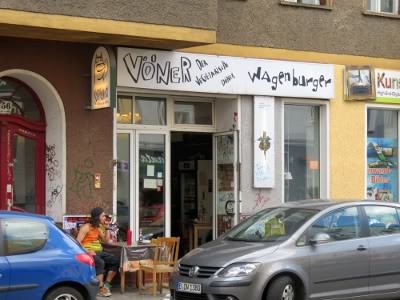 After our wonderful morning burgers at the flea market, Cindy and I hopped on our hired bikes and headed across town. The main target was Berlin Tempelhof, the airport made famous during the Berlin Airlift, which was decommissioned in 2008. Since then some of the buildings have become occasional venues for festivals, concerts and other events, while the runways and airfield have become Berlin's largest public park. It's really a pretty bizarre place to explore, and on Sundays is filled with people flying kites, riding bikes, having barbecues and generally making good use of it - check out the photos at the end of this post if you're interested.

Our post-Tempelhof plan was to bike home via Friedrichshain, with a stop at one of Berlin's most famous vegetarian joints: Vöner. Vöner is mostly famous because of this: 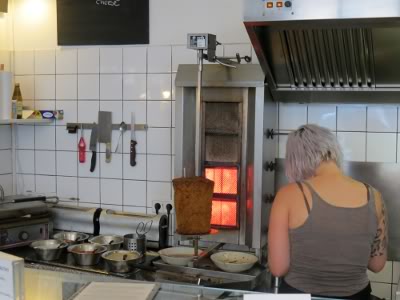 That's right, that's a rotating spit of vegan kebab meat made out of seitan. Thanks to a substantial Turkish community, doner is everywhere in Germany - indeed Berlin claims to have to be the home of doner and after wandering around the city I could well believe it. So some enterprising Berliners decided that they'd give vegans and vegetarians a chance to join the party. Bonkers. Of course we had to order it. For a piddling 3.50€ (~AU$4.30) you get this ridiculous plate: 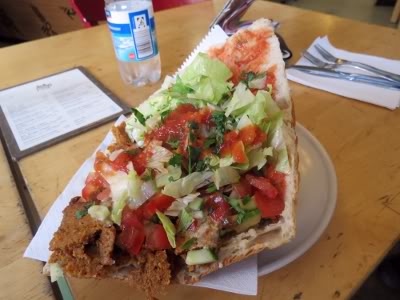 I'm not sure how you're supposed to eat it - Cindy started out trying to use cutlery, while I tried to fold the bread around all the filling and just dive in. Neither of us was that successful. The seitan 'meat' was excellent - far better than the version at YoYo - it was tender and a little moist, had a great spicy flavour to it and was complemented by the tahini and herbed yoghurt sauces (vegans note: you'll need to make sure they exclude the yoghurt sauce). The amount of salad on top of it was a bit crazy, but at least it helps you pretend you're eating something vaguely healthy while scarfing down a ridiculous over-sized kebab. This is a must-do vegetarian Berlin experience.


We decided to continue with the Berlin food theme by ordering a vegan currywurst and chips (4.5€ ~ AU$5.60) as our second dish. Currywurst is another takeaway delight that's particular to Berlin - according to the ever-reliable Wikipedia, 800 million currywursts are eaten in Germany each year and Berlin has its own currywurst museum! A few places provide veggie versions of this German classic (try YoYo, Yellow Sunshine and Vego for starters), but Vöner seemed like a good place to give it a shot. 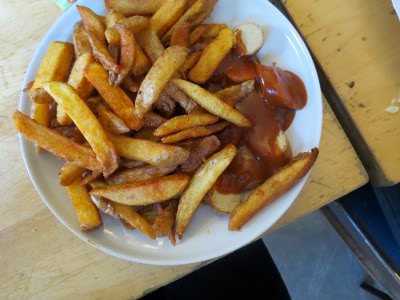 To be honest, it's not that exciting - it's basically a veggie sausage slathered in a sweet and mildly spiced sauce that seems to be a pretty simple combo of tomato sauce and curry powder. Still, I'm glad I got to try it. Vöner does a good job of the chips too - they work nicely dunked in the leftover curry sauce.

The menu includes a few other goodies that I'd love to try - four kinds of  burgers, seitan nuggets and a range of cakes and other sweets - everything is incredibly cheap. Beers are a typically ludicrous 2€ (~AU$2.50) and they sell a range of organic soft drinks. The staff were super friendly and spoke great English and the menu helpfully included English translations too.
____________


Vöner seems to be a must-visit place for vegetarians and vegans in Berlin - we're the third Melbourne blog to review it (after In the Mood for Noodles and easy as (vegan) pie)! Loads of others have also given it the thumbs up, check out: vegan 'miam' (French), Kikertterroristen (Norwegian), Muffin Topped, seitan is my motor, The Vegetarian Diaries (German), Vegan Backpacker, Trying Veganism, No More Sad Geraniums, Food 'n' Fotos, A Daring Adventure for Two, bit(t)e, Berlin Is(s)t Organic, Artichoke Zine, Catch Us If You Can, The Urban Housewife, vegan.in.brighton, All about... (vegan) food, Berlin, Totally Veg (German), Vegan Mage (Swedish), Erika and Erika's Excellent Adventure, Trauerklosschen (German), A Finn in Berlin, Veltenbummler (German), berlijn blog (Dutch), veganblog.it (Italian), Lubeck Vegan (German), Home of the Carrot Hunter, Absolutely Veg (German) and Deutschland is(s)t Vegan (German). Only Taxi Gourmet was a bit disappointed in the Vöner experience.
____________


Accessibility: There are a couple of tables on the street and then a small step into a relatively well spaced indoor area. There are some low tables and a few higher benches. Ordering and payment is at a waist-high counter.


Some photos from our ride around Berlin Tempelhof Airport 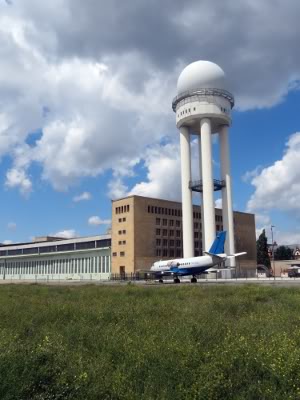 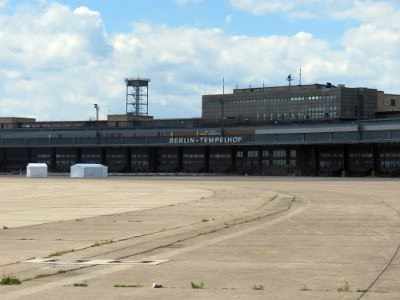 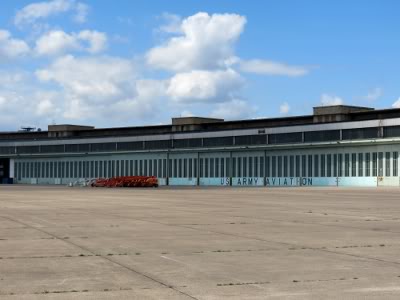 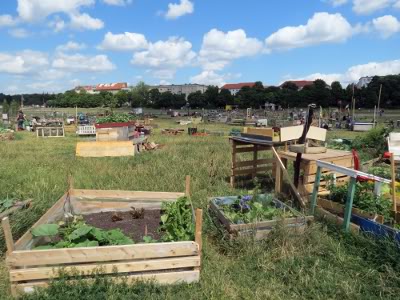 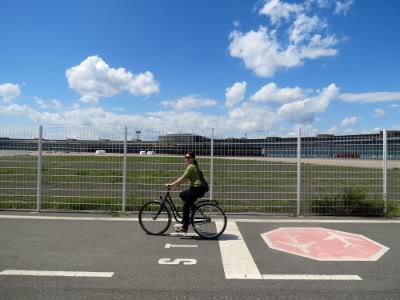 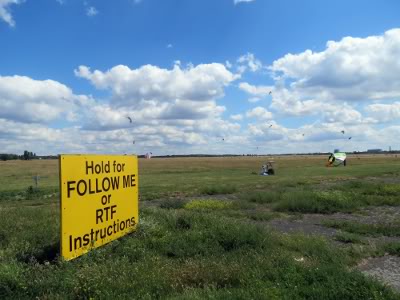 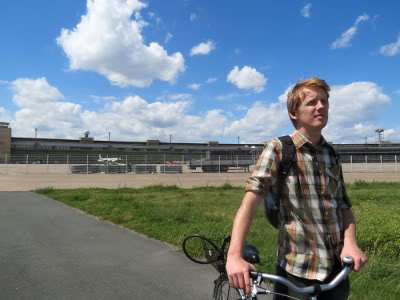 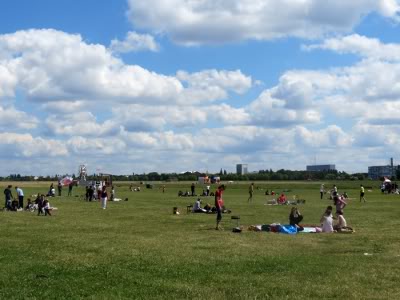 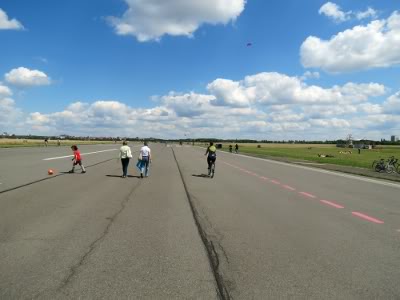