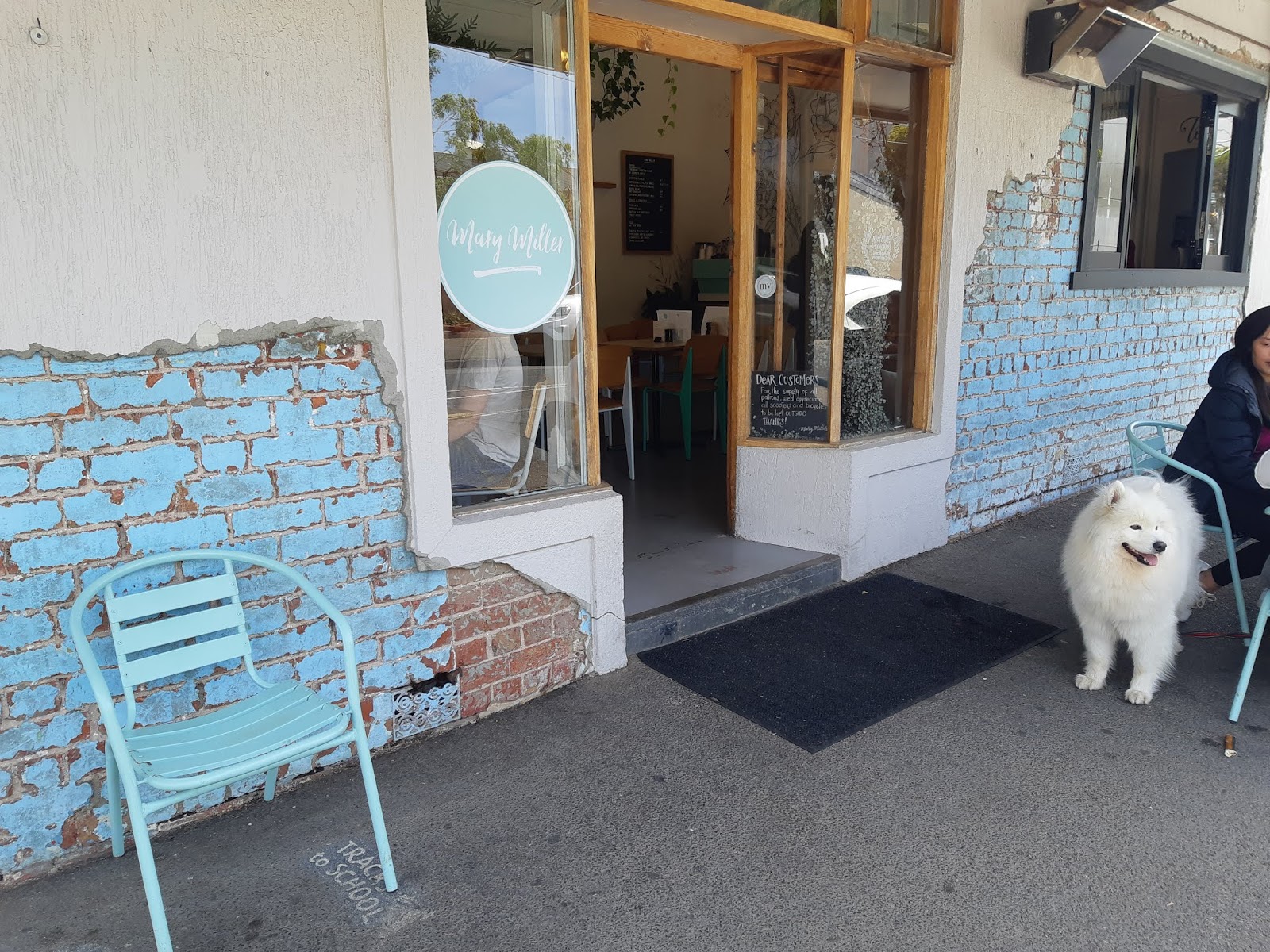 We cycle past the cafe Mary Miller on our way home from work most days. We know the spot well from its previous incarnation as Julio, and even spent the 2007 federal election night there. As Mary Miller it has received plenty of sponsored blog attention (see links at end of post), which I didn't really bother with... until Cruella deVegan posted about its vegan options, including a kaleidoscopic bibimbap. 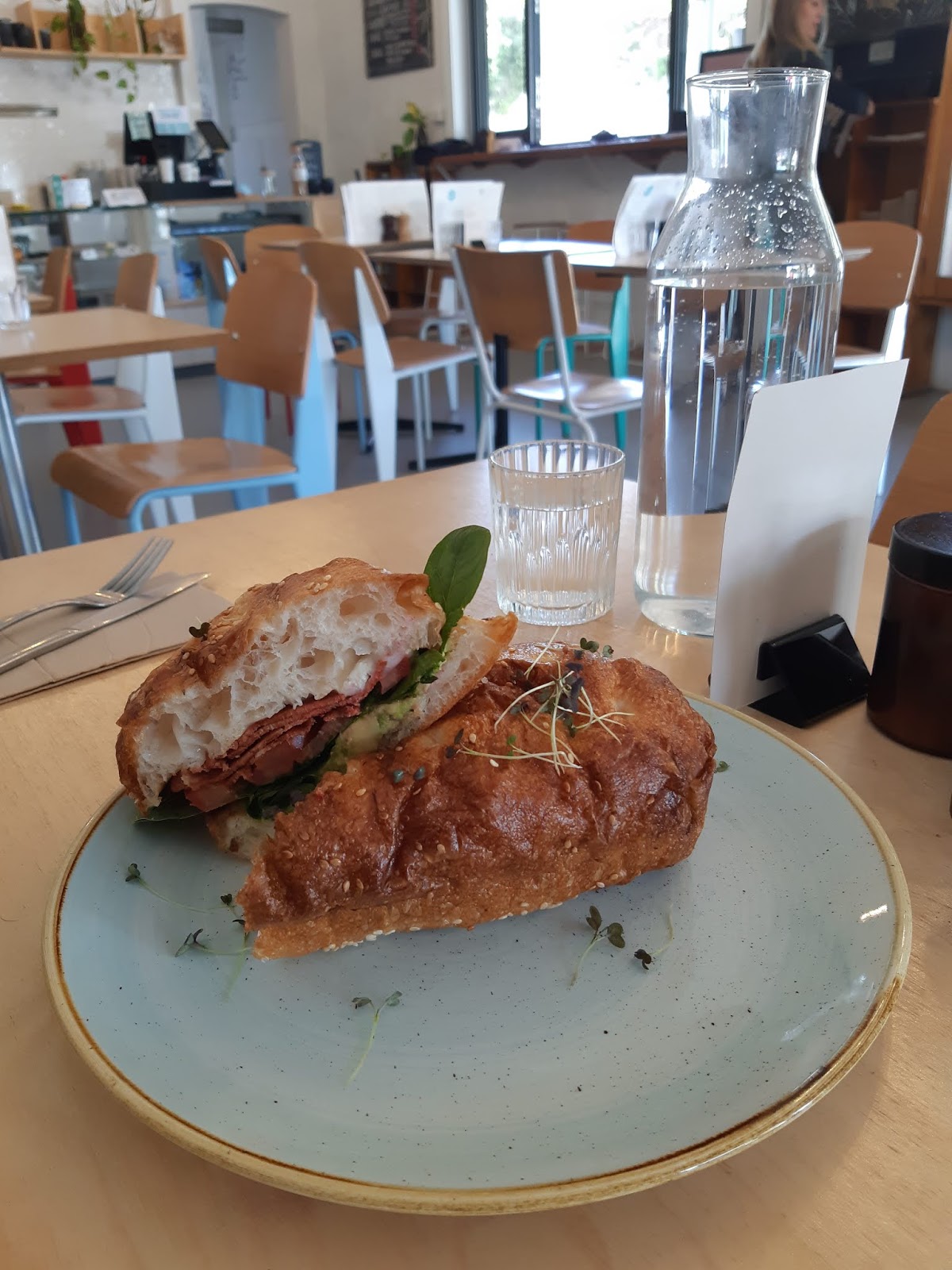 I stopped in for a quiet solo lunch on a public holiday. The menu had a lot to linger over: that bibimbap, a vegan chicken burger, French toast and pancakes, fritters, eggs, and veges. Vegan, vegetarian, gluten-free and adaptable dishes are abundant and clearly marked. The vegan B.L.A.T. ($16) had the right balance of mock meat and fresh greens for me: the Turkish bread was unusually fluffy and light, and it was generously layered with vegan bacon, vegan feta, spinach, avocado, tomato and mayonnaise.

The menu covers so many of my meal moods, from fruit-and-yoghurt to rice-based bowls and burgers, that I'm seeking any excuse I can to go back for more.
____________

I've gotta thank Cruella deVegan for getting me through the Mary Miller door!

Otherwise in blog-land, Mary Miller seems to have given out a zillion freebies, most of them declared, with predictably positive reviews: A Chronicle of Gastronomy, The Penguin Eats, Lips Temptations, fo0die (twice), Love at First Bite, thelittlehungrylife, Suzie Scribbles, 2WO FAT GIRLS, WHATEPIEATS and Gastrology.
____________


Accessibility: There's a step up on entry (see top pic). The indoor furniture consists of reasonably spaced low tables and chairs with backs. I ordered at the table and paid at a low counter. I didn't visit the toilets.
Posted by Cindy at 9:19 pm