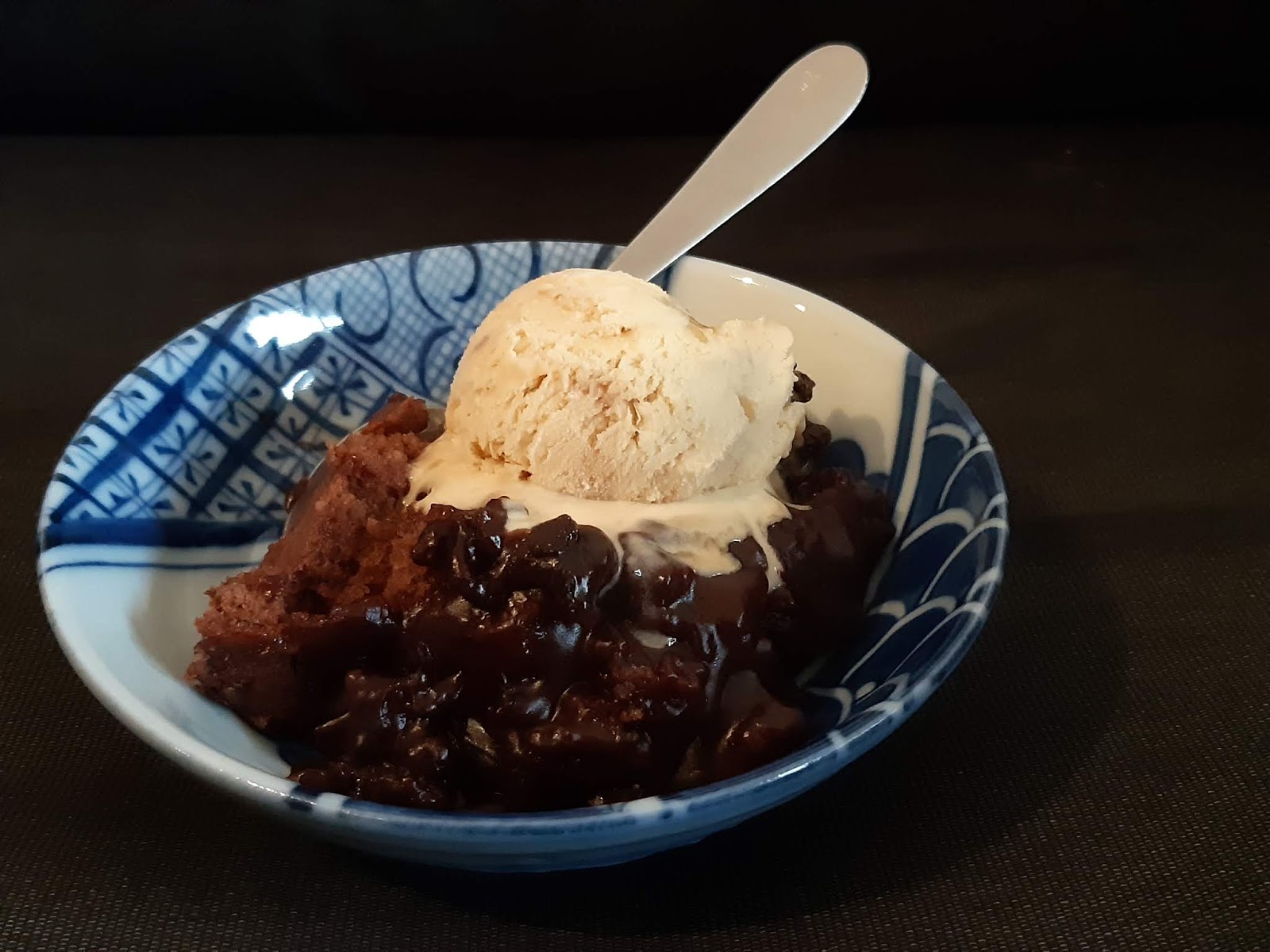 This is a dessert recipe crying out to be made mid-winter! It comes from Mick, who was my very first supervisor when I arrived in Melbourne, and of course it's part of the lab cookbook.

This self-saucing pudding uses a trick that I would've been very skeptical of if I hadn't seen it before: it has you placing a teeny portion of cake batter in a baking tray, and then pouring half a litre of boiling water over the top! Amazingly, it doesn't turn into a curdled mess of cake clumps floating in water; rather, the cake expands in the oven and the water settles underneath, picking up all the flavour it needs to form a thick sauce.

The other appealing features of this pudding are how diet-inclusive and pantry-friendly it is. I didn't need to shop for a single ingredient before I set to work. I will admit that I didn't have the highest of hopes for a vegan, gluten-free pudding based on rice flour, no-egg powder and only a small amount of cocoa. More fool me! The cake was plenty fluffy with a lovely crumb, and there was abundant dark, chocolatey sauce to go around.

We had a little leftover salted caramel coconut-based vegan icecream brought over by our friend Nat, and it was the perfect thing to scoop on top.


Vegan, gluten-free self-saucing chocolate pudding
(a recipe shared by Mick,
who credits it to taste.com.au)

In a large bowl, cream together the Nuttelex and caster sugar.

In a separate bowl, sift together the flour, baking powder, cocoa and no-egg. In turns, gradually beat these dry ingredients and the soy milk into the butter mixture, to form a cake batter. Pour the batter into the baking dish.

Sprinkle the brown sugar and cocoa over the top of the pudding. Pour the boiling water over it all, and bake for 45 minutes.

Serve with a little vegan icecream.
Posted by Cindy at 8:47 am