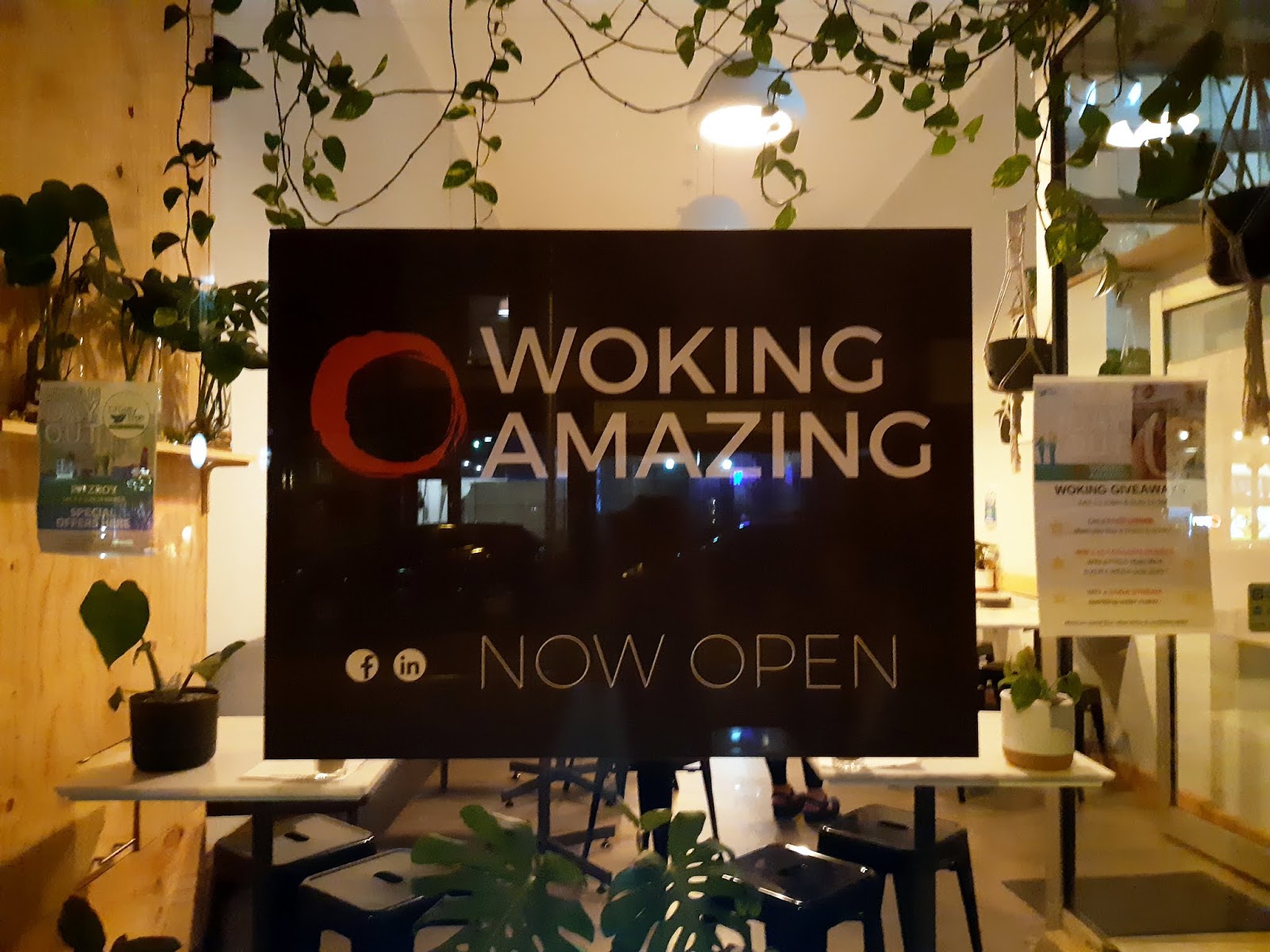 Woking Amazing have been running a popular vegan food truck around Melbourne for the past few years, especially renowned for their fantastic mock-duck wraps. They recently opened a more permanent space in the midst of Melbourne's vegan district on Smith Street in Collingwood. The food-truck roots are still pretty evident - the kitchen is out the back and looks like you could pack it up and move it out to a festival in no time at all.

The menu's still quite minimal too, with just four mains to choose from plus a handful of sides. They change things up every week though, so you won't get bored if you visit often.

We kicked things off with some of the sides - a round of $3 dim sims and a serve of the tempura crispy squid ($15). 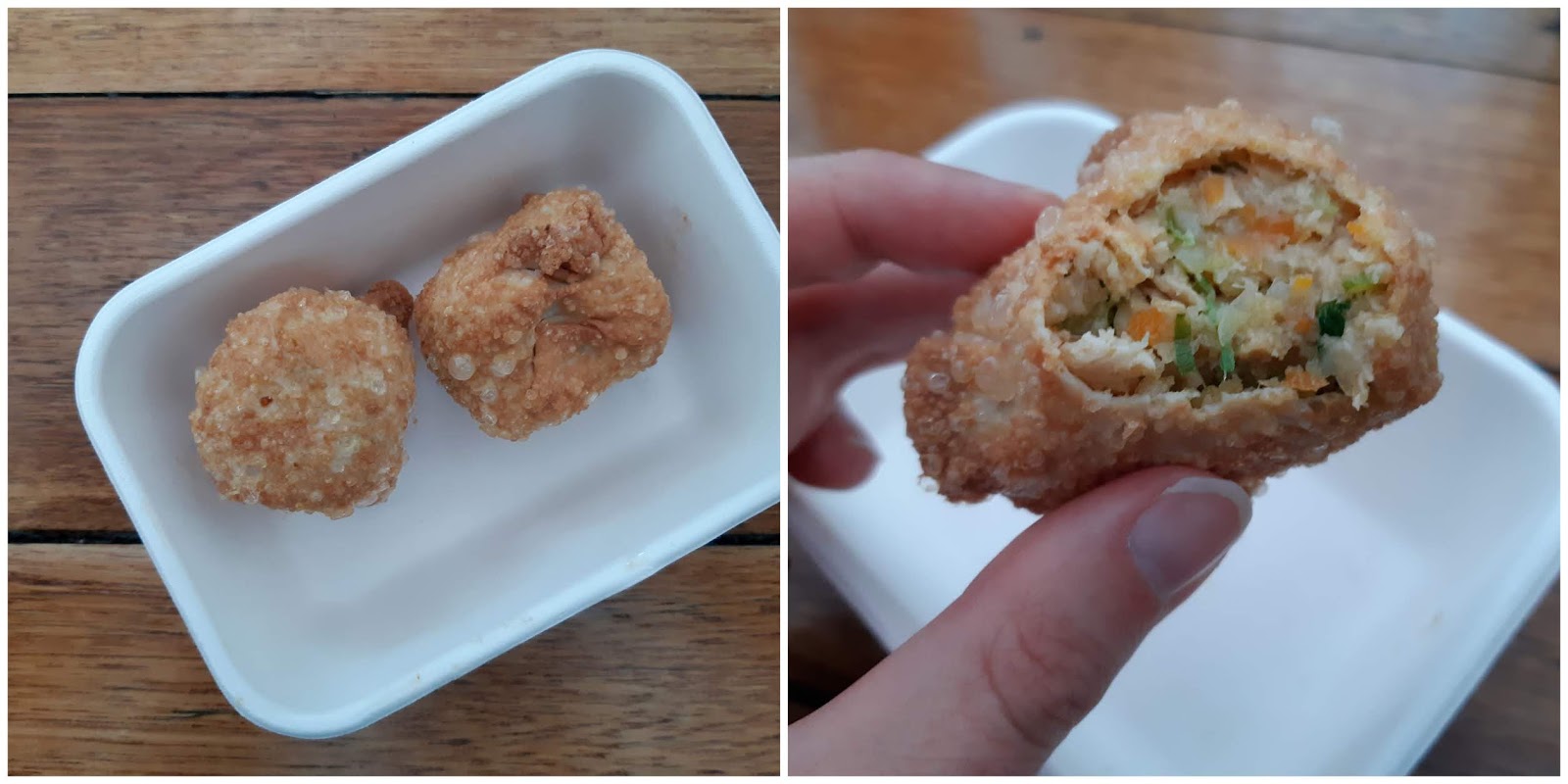 The mini dimmies were great - crispy batter stuffed with a mix of veggies. The squid was even better, if slightly horrifying in its authenticity. The texture of these was eerily reminiscent of calamari and the fishy flavour was similarly impressive. The wasabi mayo was the perfect dipping sauce. 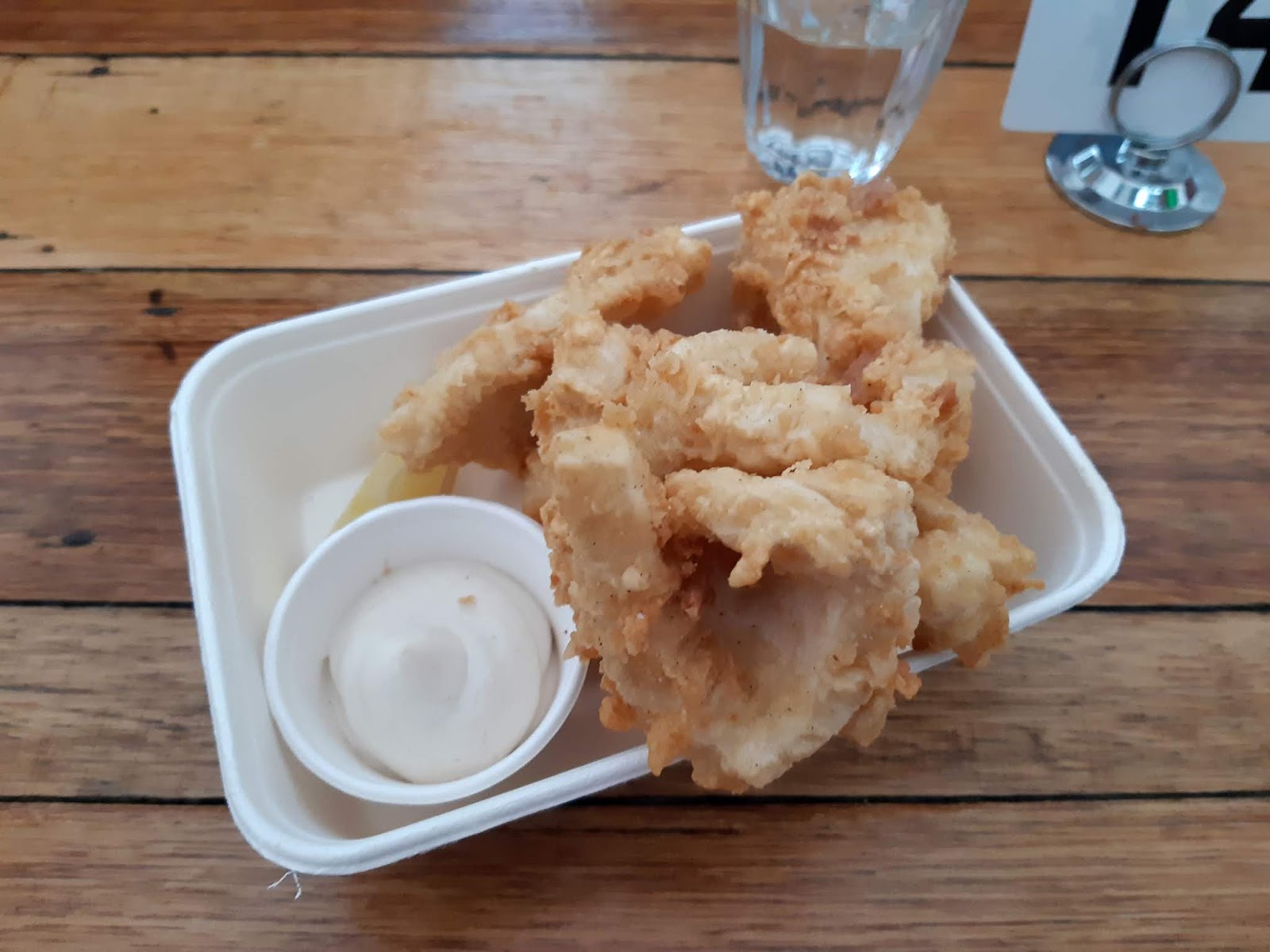 Cindy and I took on the wraps for our mains - a Korean zinger wrap for her ($14.50, pictured below right) and a Beyond zinger for me ($15, pictured below left). The Korean zinger hit all the right notes - crispy mock chicken and some bacon slices stuffed in a wrap with spinach, tomato, onion and gojuchang mayo. 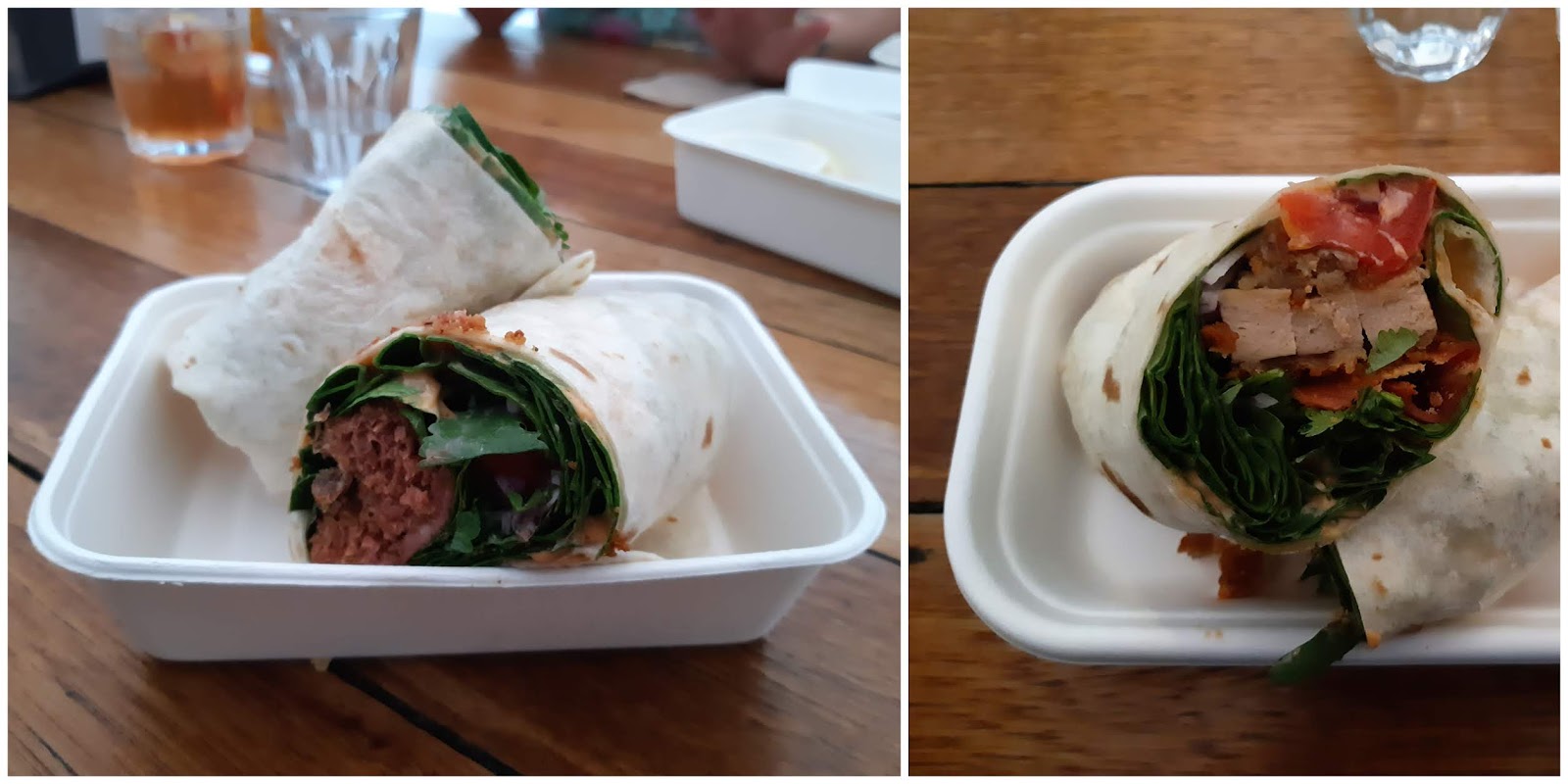 The Beyond wrap didn't quite reach the same heights - it's more or less the same wrap, but with the chicken replaced by a Beyond patty. I'm quite into Beyond's fancy mock meats, but the patty din't really complement the rest of this wrap as well as the chicken. I'd have cranked up the gojuchang in both as well, but 'more chilli' is my response to basically everything so your mileage may vary.

We had a lovely dinner sitting out the back at Woking Amazing - there were a few small hiccups with the service, but the staff couldn't have been lovelier, which is the main thing. I wouldn't rush back just to have another round of these wraps, but I'll be there again as soon as the Peking duck pancakes get their next turn on the menu.

We couldn't find any blog reviews of Woking's permanent space in Collingwood, just this teaser at Messy Veggies.

Accessibility: There's a big step from Smith Street into the restaurant, but there might be a direct way to enter the courtyard. We ordered from our table and paid at a high counter. The toilets were outside, unisex and not especially accessible.
Posted by Michael at 8:36 pm