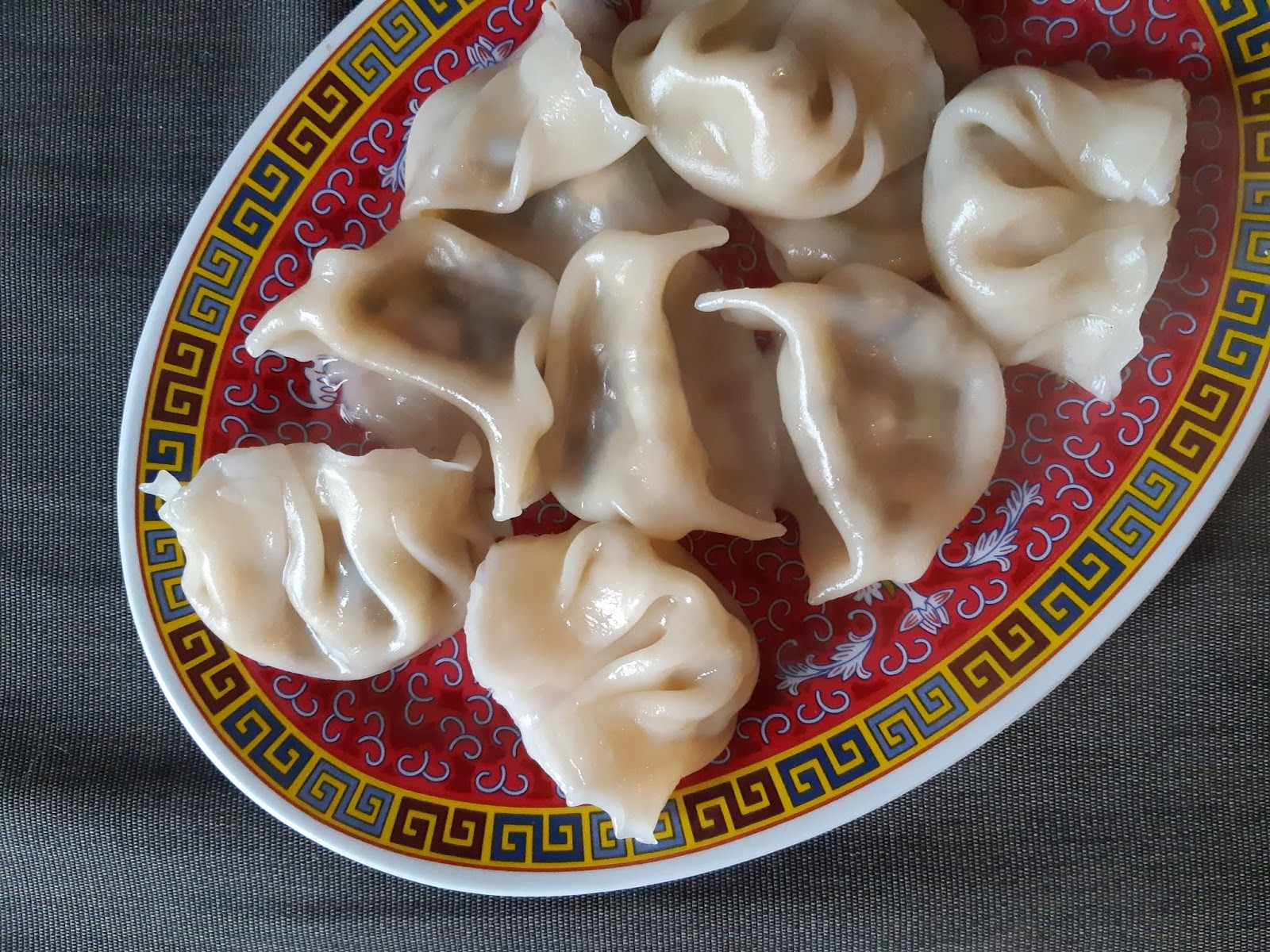 It's been months since I last took on a real cooking project! This one does double duty, coming from my lab cookbook: it's Sana's vegan dumplings! I remember this prize-winning recipe fondly from the annual culinary competition in 2017. 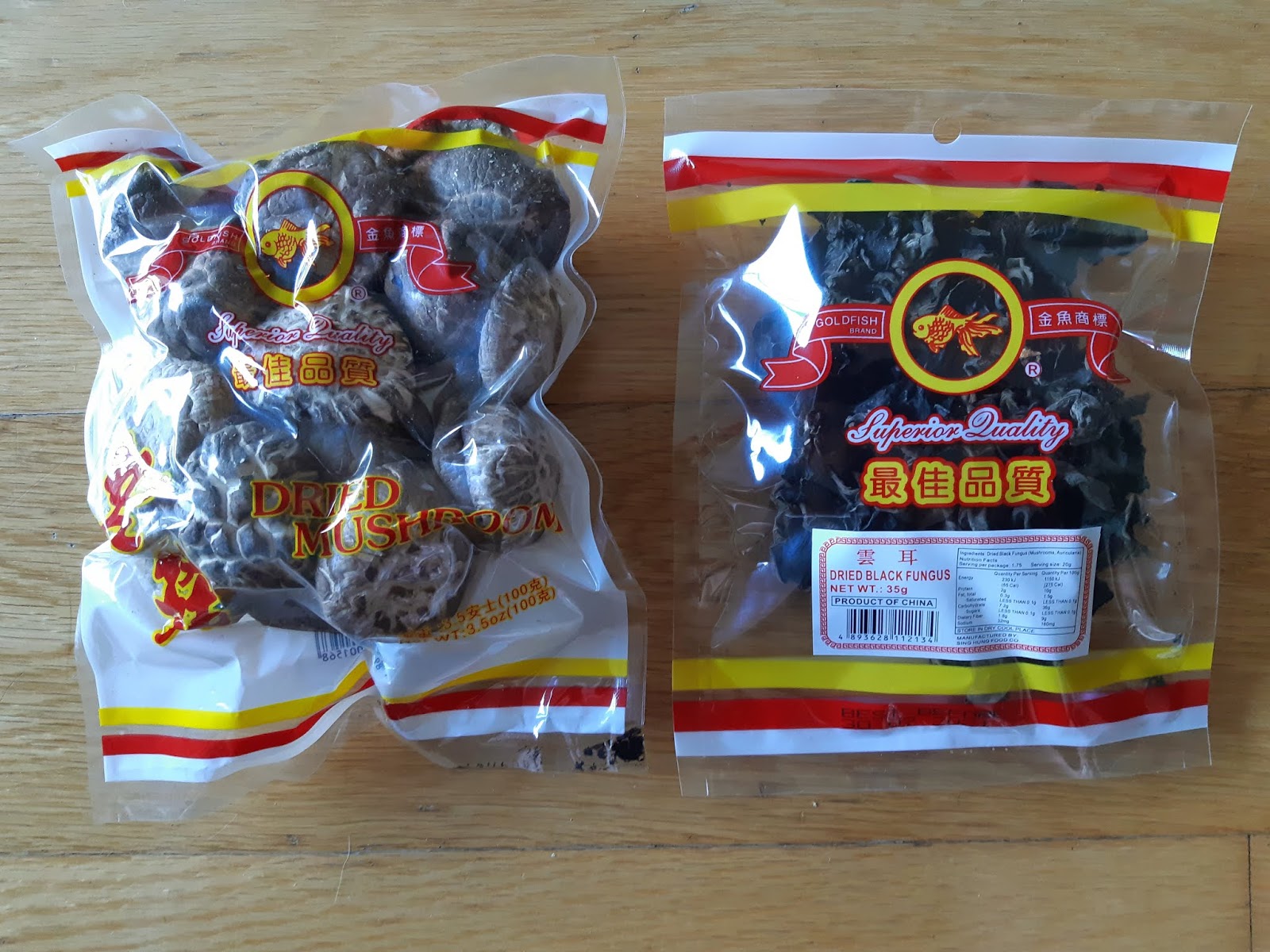 Sana's recipe stretched to two pages, not just because dumplings take a bit of effort, but because she helpfully included resources and photos along the way. We took a few notes with us to KFL to seek out the right ingredients. We were pretty sure we recognised the shitakes on sight, but we couldn't find the bricks of wood ear fungus that Sana described, so we went with a more generic dried black fungus instead. It was easy to find good tofu, fresh veges and dumpling wrappers there.


Sana uses a little AGV BBQ sauce in her filling. We love the stuff, although we haven't had it in a few years, and our mate Steph helped us track it down to Vincent's Marketplace. 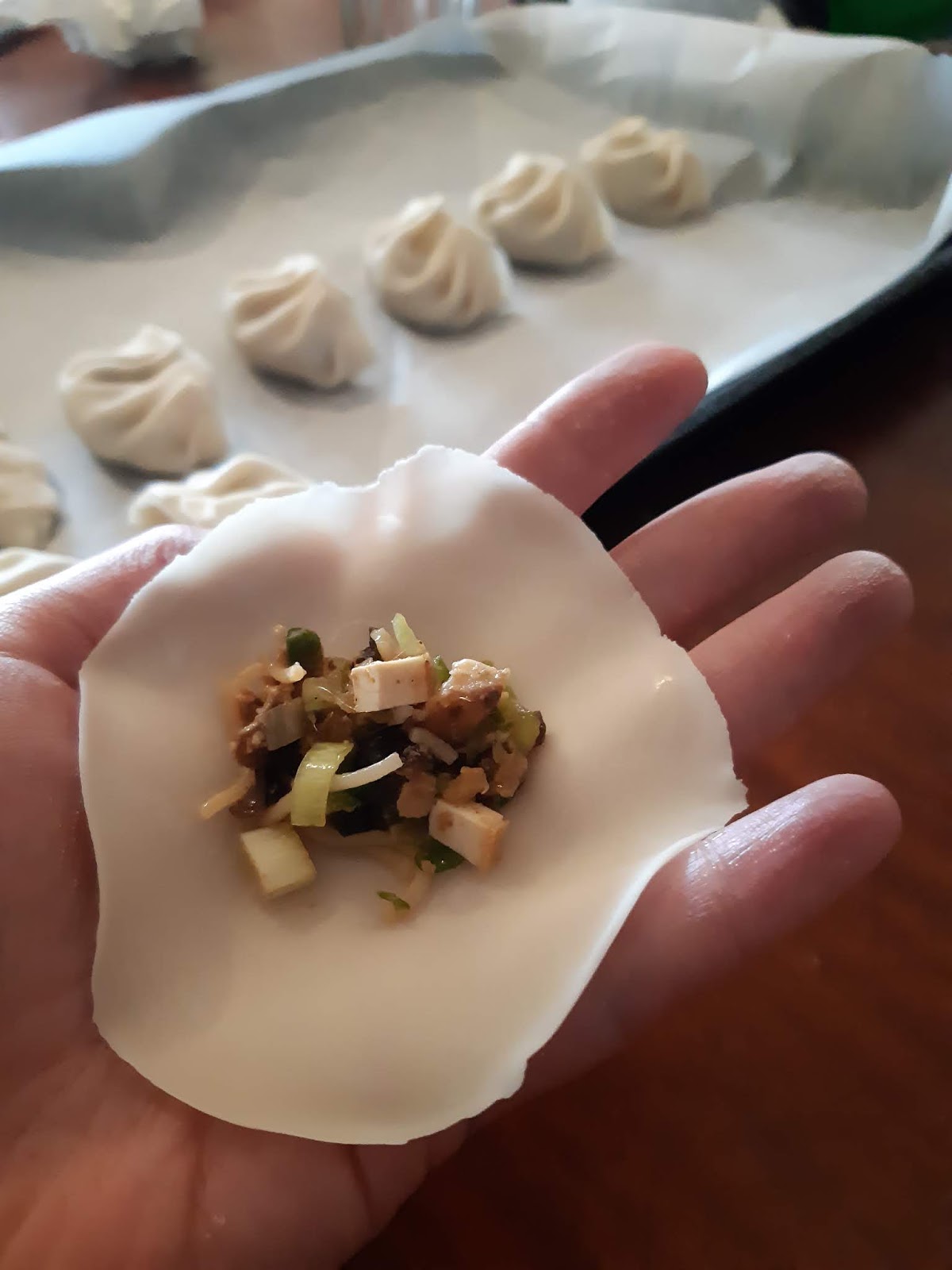 Once we'd assembled our ingredients, making the filling was simple methodical work I could easily complete with a couple of podcasts for company. I pleated my wrappers using the method we learned from The Humble Dumpling earlier this year; they weren't perfect but I was pretty pleased with my work. The quantities multiplied out well - the 40 wrappers I bought covered us happily for two consecutive dinners, and used up about half the filling. The remaining filling is now tucked in the freezer, waiting for our next dumpling night. 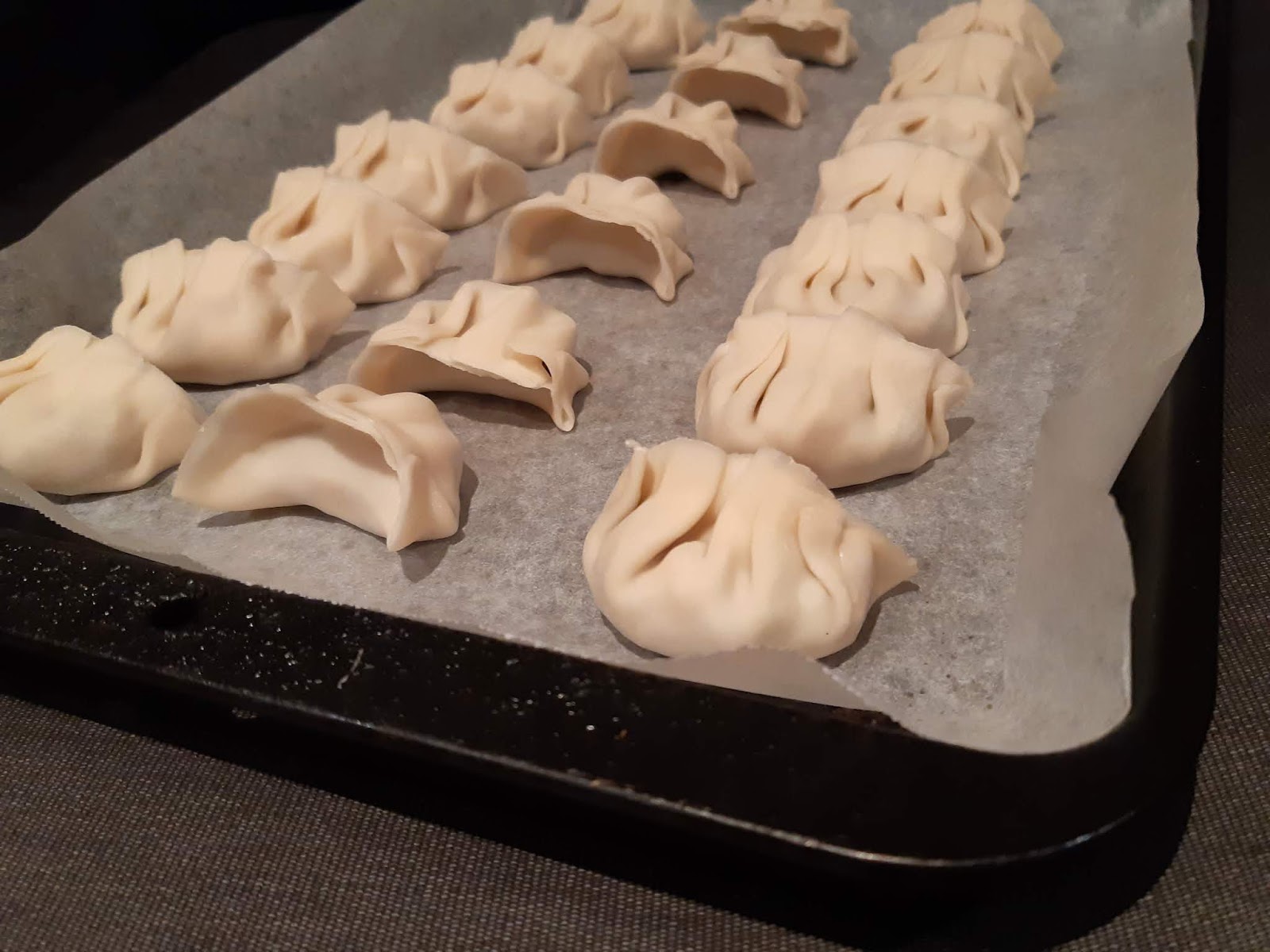 I experienced bigger challenges in the cooking phase. We've had success with potsticker preparation before, but I just couldn't get it right this time. Two batches stuck stubbornly to our cast-iron pan on Saturday night; on Sunday I simply boiled them instead (top photo) with more success.

Even stubborn, messy dumplings are tasty dumplings, and these have such a great, varied filling. We dipped them into a soy-vinegar-chilli sauce, and rounded out our meal with choy sum in vegetarian oyster sauce and garlic.

Place the two kinds of dried mushroom into bowl and pour boiling water over them; make sure they're completely submerged with extra water and bowl space for expansion. Let them soften overnight if you can; we gave them a couple of hours, and part-way through I chopped the shitakes into long slices so that the dry centres were exposed to water. Chop them finely; you're aiming for about a cup of each.

Get out a very large bowl and drop in the chopped mushrooms. Add all of the other ingredients, except for the wrappers (!). Add salt to taste; I went pretty light because of the BBQ and soy sauces but Sana recommends slightly over-seasoning because the wrappers will weaken the overall flavour.

Place a heaped teaspoon of filling in the centre of each dumpling wrapper, and wrap them into your preferred shape. There are plenty of tutorials online! I used the method I learned at The Humble Dumpling. Repeat with as many wrappers as you want.

If you want to simply boil the dumplings, get a very large pot of water up to a rolling boil and drop the dumplings in, in batches. Make sure the batch size allows them all to float to the surface, a stir them regularly to make sure they don't stick to each other. When they're ready, the dumplings will puff up slightly. Pull them out with a slotted spoon.

To make pot-stickers, heat a thin layer of vegetable oil in a frypan over medium-high heat and have a lid that covers the pan at the ready. When the oil is hot, arrange a layer of well-spaced dumplings in the oil. Allow them to fry for about 2 minutes, until they're golden brown on the bottom. Give them a little shake to ensure they don't get stuck. Pour in just enough water to cover the whole base of the frypan and swiftly cover them with the lid; allow them around 4 minutes to steam and add a little more water along the way if you think it's needed. Remove the lid and cook for a further 2 minutes; allow the water to evaporate and give 'em a little shake again to avoid sticking.

Serve the dumplings with a dipping sauce such as soy, black vinegar and chilli in your preferred proportions.
Posted by Cindy at 7:13 pm