23/03/2017: Unfortunately the St Kilda Snug is now closed! You can still visit them in Brunswick.


We had a good time checking out the new vegan options at The Snug in Brunswick and heard rumours that the St Kilda branch was even more impressive. Cindy and another friend scheduled their big joint birthday dinner there so we could check it out - we filled up a couple of the outside tables on a busy Saturday evening.

The menu is ridiculous - more than 50 vegan or veganisable dishes with an emphasis on mock meat and fried food (although there are a handful of healthier options if you're that way inclined). Think The Cornish Arms with a bit more traditional Irish pub food.

We kicked things off with a round of fried treats for the table. The battered sausages ($10) are more batter than sausage - gloriously oily lumps of fried that are not for the faint hearted. I ate more than my fair share of these, which left me struggling by the time the meals came out later. 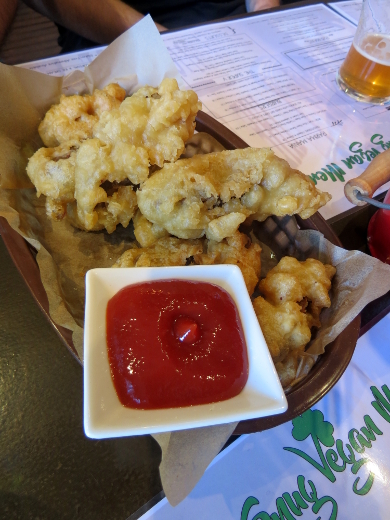 Things got even more intense from there with - clockwise from top left - popcorn chicken in BBQ sauce ($10), Texan loaded fries ($14) and the chicken wings ($14). The wings didn't quite measure up to the glory of The Cornish's version, but the ridiculously loaded fries (topped with bbq pork, pineapple salsa and sour cream) and the BBQ popcorn chicken were ace. 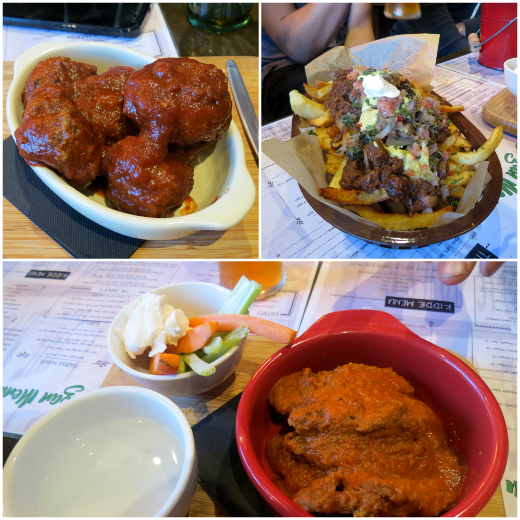 I was struggling to breathe by this point, so the arrival of the main meals was a bit overwhelming. The Irish parma ($21) arrived topped with parsley cream, kale and rice paper bacon all astride a ludicrously big serve of mashed potatoes. 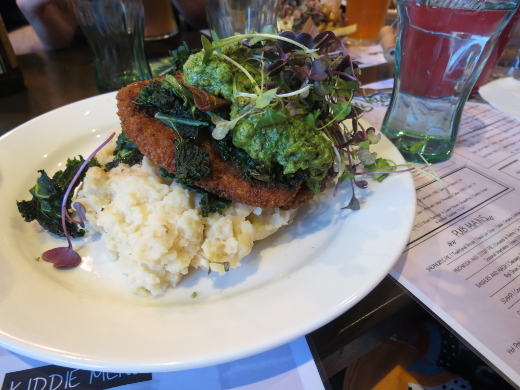 This was a solid performer - the parma itself was probably just something from the supermarket freezer, but the toppings were great and the meal was impossibly large.

We also ordered a southern fried chicken burger ($18), which was a straightforward combo of a spicy chicken patty and some chipotle slaw, alongside another massive serve of chips. I really liked the burger, but I was so full I couldn't really do it justice. 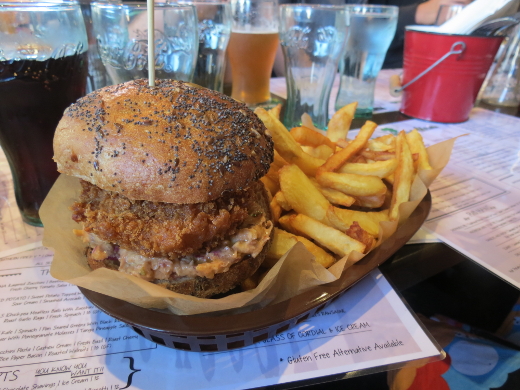 One of our friends skipped out on all the salty action and decided to have dessert for dinner - her banoffee pie with chocolate shavings, ice cream and banana fritters ($12) was a hit, but dessert seems like an impossible dream for anyone brave enough to order one of the mains here. 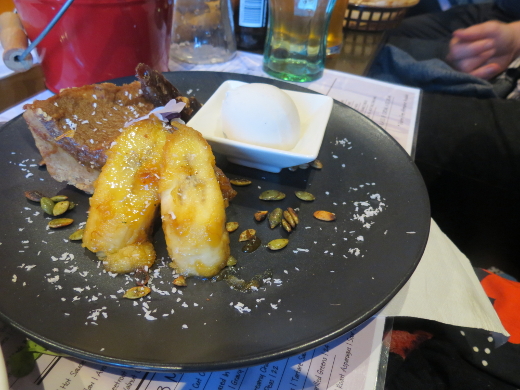 We capped the night off with a wander down to the St Kilda breakwater, which was positively teeming with little penguins - it's crazy to find this thriving colony so close to the city. It was the perfect way to end the night. 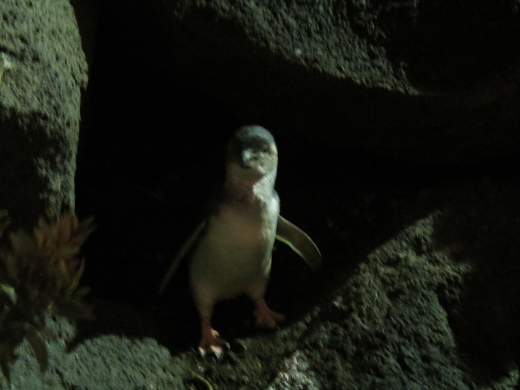 There are a huge range of vegan options at The Snug and we definitely had more hits than misses among our big group. The prices aren't super cheap, but the portions are crazily large and the service is friendly. It's a welcome south-side addition to the city's vegan pub scene.
____________


We enjoyed dinner at the Brunswick branch of the Snug. The Rose and Bean and Veganopolous have reviewed the vegan food at St Kilda.
____________

Accessibility: There's a flat entryway into a pretty crowded interior. The tables in the outdoor area are up a few steps. We ordered and paid at a high bar and didn't visit the toilets.
Posted by Michael at 8:01 pm