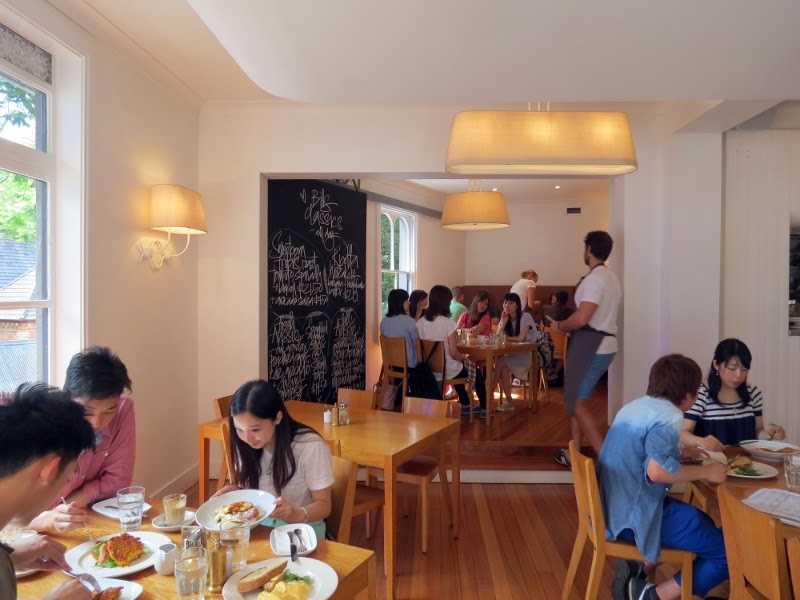 In a single week we had the rare pleasure of sharing two meals in two cities with Another Outspoken Female, and on this second occasion with her Significant Eater too. AOF nominated bills for our Friday lunch in Sydney. Curiously we found an entire cricket team queued up ahead of us in Surry Hills, so we ducked over to the Darlinghurst branch; here we were seated within 10 minutes.


Brunch at bills is a very Sydney thing to do - though I only remember Bill Granger vaguely as that guy in the toothpaste ad he's a chef of twenty years with many restaurants, cookbooks and TV series to his name. And actually - as AOF had in mind - brunch at bills is also a fairly veg-friendly thing to do. Though there aren't any guiding markers on the menu, we were spoiled for choice with muesli, granola and fruit bowls, pastries and cakes, eggs and toast and choose-your-own sides, plus pancakes and fritters. Vegan options are a little more scarce, though there's avo on toast and a more novel brown rice and sweet miso porridge served with coconut yoghurt, mango and lime. 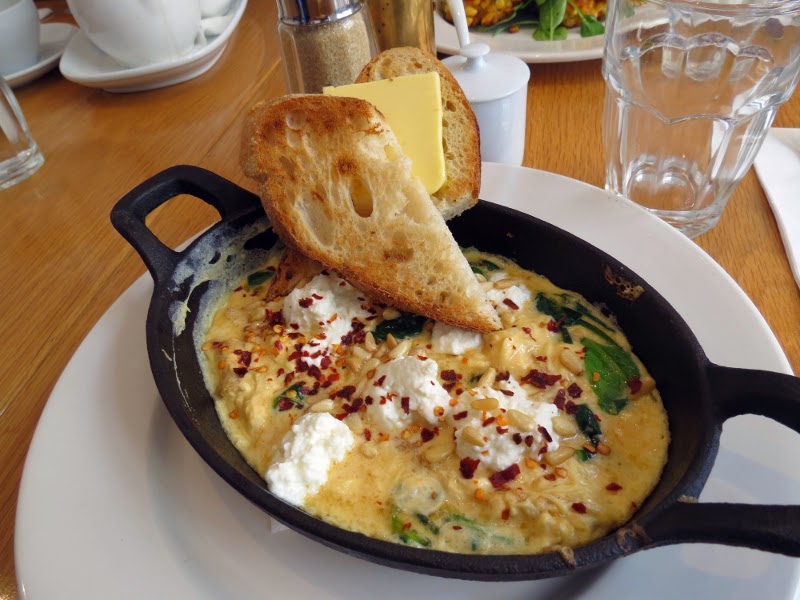 Michael was impressed by his plate of broken eggs, ricotta, spinach, pine nuts and chilli with grilled sourdough ($20) - it held at least as much flavour as it did colour. 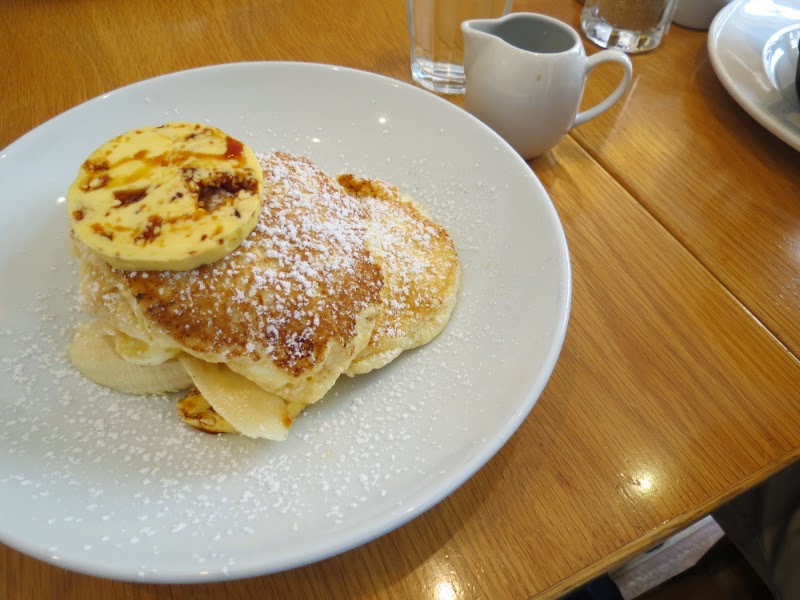 I felt obliged (and, let's be honest, keen) to order the famous ricotta hotcakes ($20; turns out I do know one other thing about Bill Granger). I'm generally ambivalent about ricotta hotcakes but these fellas were great! Thick and fluffy with the flavour of fresh curds. It was the embellishments that let me down - the generous honeycomb butter discs didn't taste of much and the banana was fresh and just blandly sweet as bananas are. Amidst all that yellow I would've loved some tangy red fruit as a contrast.


While the bills restaurant prices and pull come from its long reputation and not its current innovation, they didn't come off as awfully complacent. The corn fritters and gravlax of a decade ago compete for space alongside ingredients like kale and coconut yoghurt, and everything we ate was well executed. Whether it's worth a weekend queue and the tick on your Sydney to-do list is up to you.

There are myriad bills blog posts online. The Darlinghurst breakfast menu is beloved by Life of a Travel Czar, The Gluttonous Gourmand, Spice, Sugar and Soda, Wintour & Guinness, Babygourmand, The Hedonist Life, delicioux, scenes from my lunch hour, Dining with a Stud, ManMen's Journey, Iron Chef Shellie, brekkie quest, Eats Food, Hates You and Sydney Indulgence. Reviews are more mixed on The Present Is. and 8ites, and decidedly negative on The Jolly Belly and Richard Elliot.
____________


Accessibility: There are a couple of steps up on entry. Tables are moderately well spaced across two levels divided by a couple of steps. We ordered and paid at our table. Toilets were located outside and down a courtyard.
Posted by Cindy at 4:59 pm