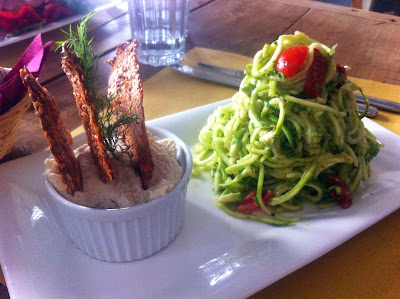 While Cindy worked her way across the USA, I had a week long conference in Torino. Most of the week was taken up with work shenanigans, and we usually wound up at simple pizza/pasta restaurants for meals. I snuck in a couple of more adventurous outings, although I was cripplingly tired for the first and relied on my phone for a camera at both.

My first stop was Ratatouille (corso Tortona, 2G, open for lunch and early dinner Wed-Sun plus proper dinner on Saturday nights), a vegan place quite close to where I was staying. I stumbled in at 6pm after a long pair of flights hoping to nab an early dinner. My Italian is non-existent and the staff there didn't have the most fluent English, but it was eventually made clear to me that I was much too early for dinner. And they were booked out anyway. Nonetheless, they offered me my choice of the lunch buffet, a mix of salads, mock meat and other goodies that you pay for based on weight.

I put together a plate including two kinds of mock meat (a mustardy seitan dish and some sort of bean-based meat slathered in a slightly creamy sauce), some tofu-based mock haloumi, a wild rice salad and a daikon and carrot salad. It was all very tasty - a good mix of freshness and protein and a nice cool meal in Torino's sweltering heat. 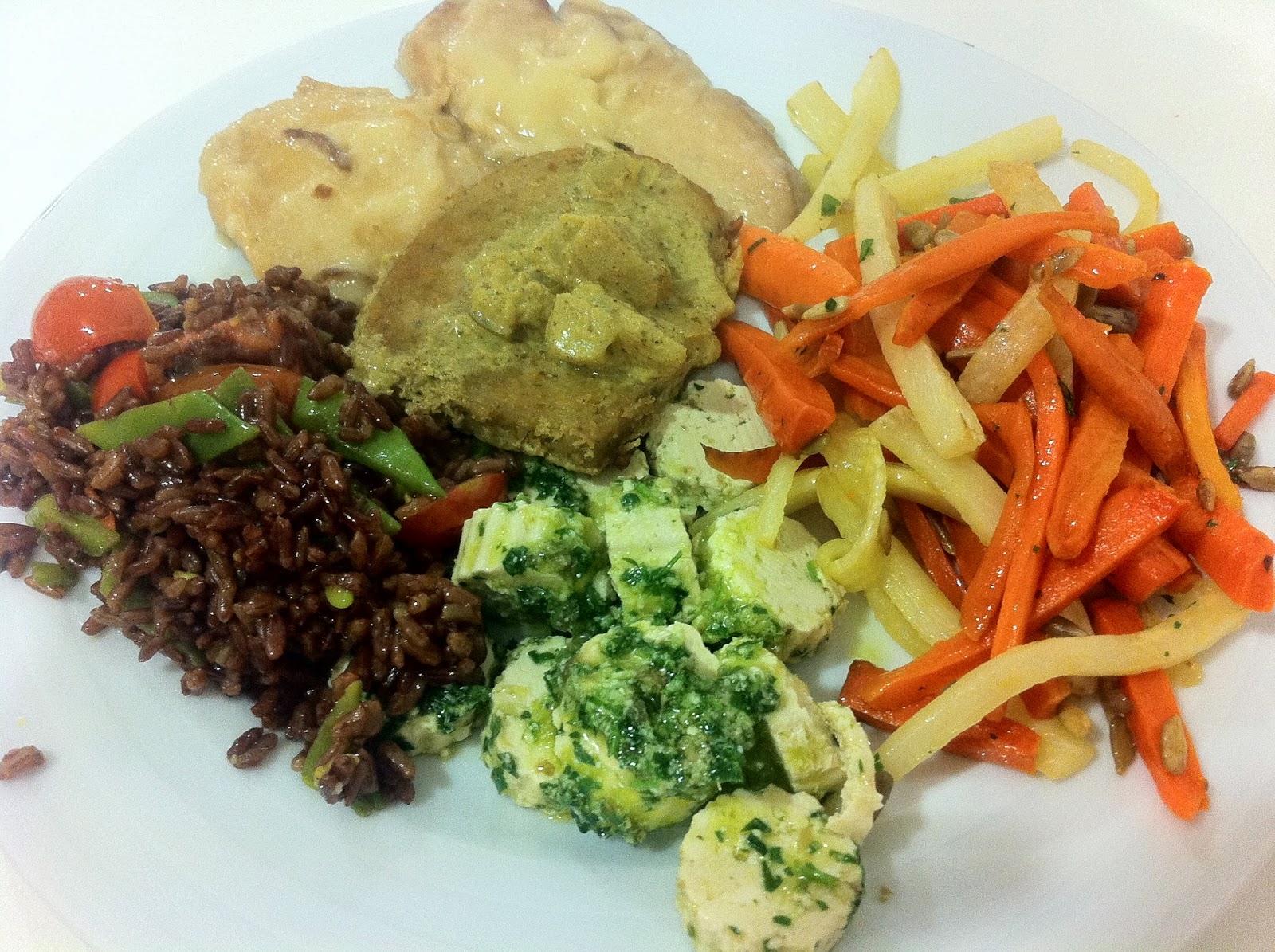 I'm not quite sure what it cost - about 12€ (AU$17.40) from memory, plus another couple for a really good vegan cream-filled croissant (not pictured, thanks to my tiredness and pastry-enthusiasm). The menu of the restaurant proper looked excellent - filled pastas, interesting pizzas and a few other dishes - what a shame that it's only open on Saturday nights.

My second discovery came courtesy of James, a friend who was in town for the conference who had wandered past a likely looking vegan place and then directed us all there for a surprise lunch on Wednesday. Soul Kitchen (Via Santa Giulia, 2, open for lunch and dinner Tuesday-Saturday) had a very Melbourne vibe - big wooden tables, understated style and a mix of raw and cooked vegan goodies. The staff were friendly and spoke excellent English.

The menu covered a wide range of stuff: there were wraps and sandwiches, hot dogs, quiche, salads, mock meat and raw dishes along with a few desserts. I ordered the Milanese seitan (10€ ~ AU$14.50), expecting something rich and saucy. 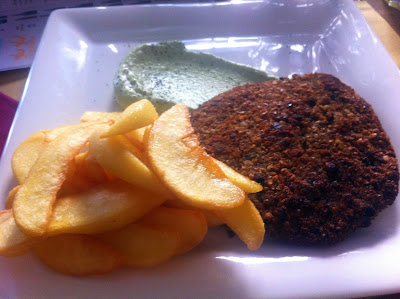 It turns out Milanese basically means 'crumbed' and I was served up a big crumbed piece of excellent seitan with a side of chips. James had ordered the raw zucchini spaghetti (which came with some of the best hummus I've ever tasted and is pictured at the top of this post) and we swapped things around so that both of us got a mix of fresh and meatier bites.

The rest of the table were pretty happy with their dishes as well and we stuck around to sample desserts including cheesecake and this delectable choc-caramel slice (5€ ~ AU$7.30). 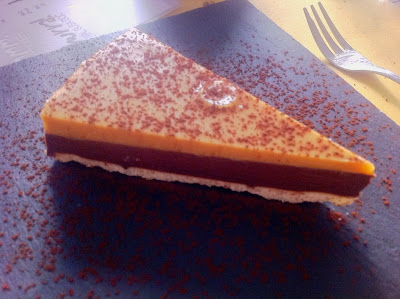 These two discoveries added some nice variety to a week in which I consumed numerous mushroom pizzas and quite a bit of risotto - it's well worth seeking them out if you're ever in Torino. The city itself is worth a visit, with a slightly crumbling industrial atmosphere alongside some beautiful historical buildings and the very attractive River Po winding through it.