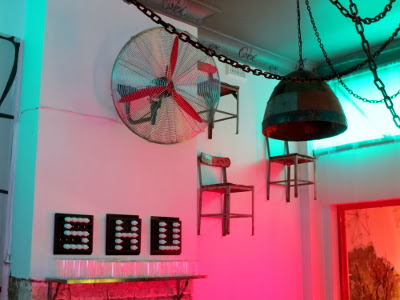 We only let a matter of weeks pass before trying Shu's Wednesday night vegan degustation again, this time joining a table of 20 Vegan Gourmands. The staff were extremely gracious in their service of such a large and motley group. 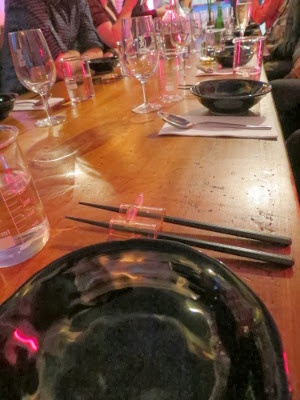 The game has barely changed, though you'll notice that many of the dishes have. On this night, ten shared courses of Sichuan-styled vegan food for the stately sum of $40 per person. It's as seasonal, local and organic as possible. 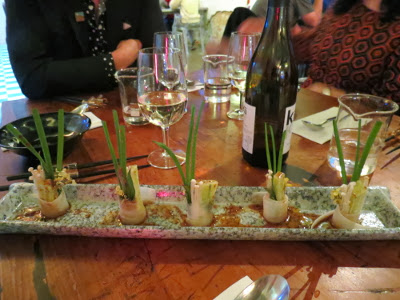 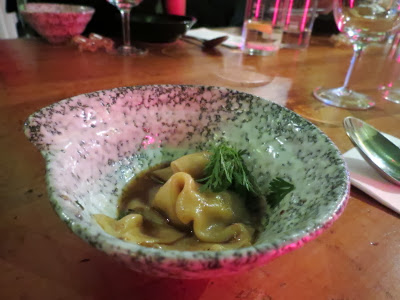 The bean curd and chive wonton was soft and saucy, with a deceptive wallop of chilli that had me near choking with surprise. 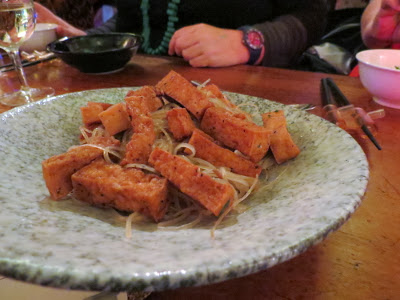 The tofu and noodles were more my pace. 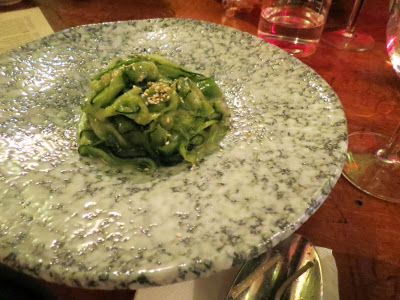 A raw cucumber salad was pickly but light on the vinegar, with a sesame oil sheen. I was braver for the fresh beans with chilli, a definite spring highlight. 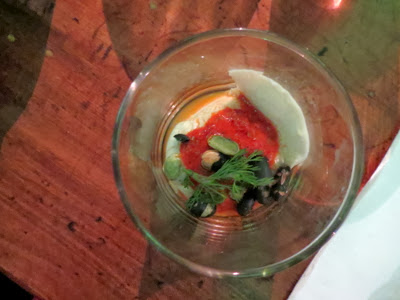 These cute cups of mozarella-like silken tofu, house made chilli sauce and crunchy roasted soy beans were a hit across the table. It was many people's first introduction to mouth-tingling Sichuan pepper, and there were rounds of, "Can you feel it yet? You'll know it when you feel it!". 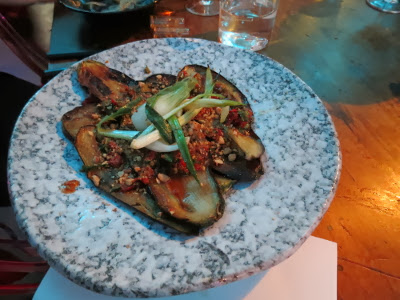 I quietly preferred these strips of tender eggplant, also doused in house made chilli then garnished with peanuts and shallots. 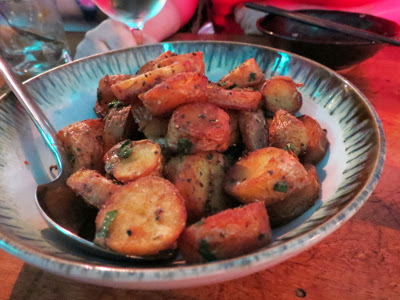 I know it's difficult to believe, but the fried potato course was even better than last time. Really. My fourth piece might have been the most perfect potato I've ever eaten. I even refused seconds so as not to sully its memory. 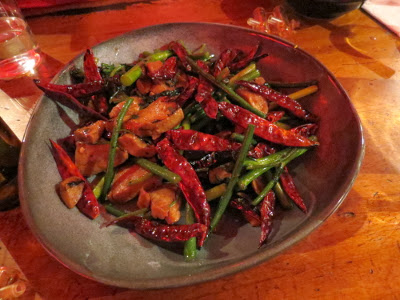 Beneath the dried chilli threat our penultimate dish offered some impressive bean curd (Michael astutely likened it to Wu Chung mock duck) and crunchy greens, gently infused with the heat. 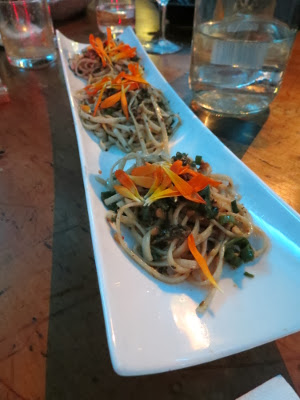 I was thrilled to finish again with Shu's own noodles dressed in walnut infused oil, peanuts and mustard greens, with a pretty floral garnish. 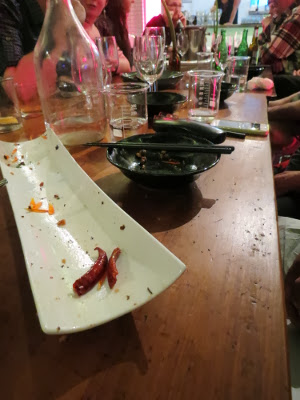 It's exciting to eat at a restaurant so responsive to local produce supplies - less than half of this meal resembled our first degustation just six weeks earlier. They may have heeded Michael and Steph's enthusiasm for more spice, as this meal was dressed liberally with chillis and Sichuan peppercorns. But there were other elements to appreciate too - the crunchiest, most vibrant greens, elegant garnishes and the same superlative starches. Shu is really something special.


You can read about our previous visit to Shu here. That same meal has since been blogged on Ballroom Blintz, and the above meal has appeared on quinces and kale.
_____________

Accessibility: There's a small step on entry. The interior is spacious but dimly lit. There's full table service. The toilets are unisex and not too cramped, but there's no specifically accessible toilet.
Posted by Cindy at 8:36 am