25/10/2015: It appears that Black Ruby no longer trades here and has been replaced by Masons. 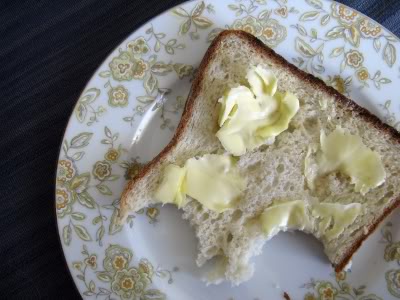 It's easy to overlook Black Ruby while strolling down Rathdowne St, but it's been steadily setting itself up as a haven for coeliacs. Not only is the menu abundant with gluten free options; they also sell a variety of excellent gluten-free bread loaves to take home. Staff are well-informed and ingredients lists are often available.


We've tried the pumpkin loaf before and been impressed. This was not enough to prepare me for the amazing plain white loaf ($7). It is everything any bread-lover could want - a firm but thin crust and soft interior, just chewy enough, and offering that little bit of elasticity that I thought only gluten could.


Michael made much of it into garlic croutons and thus, the gleegan Caesar salad was born... 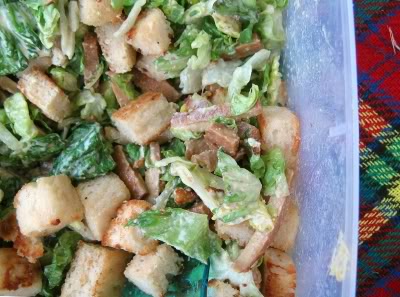 We took it to eat.drink.picnic, where the per-capita dietary diversity was sky high! Vegos, pescos, omnivores and locavores, people intolerant to dairy, gluten and peanuts, but everyone seemingly tolerant of each others' needs. AOF has shown us (again) how to rock the mindful party.


Read more about the picnic on considerthesauce.net, In The Mood For Noodles, confessions of a food nazi and Green Gourmet Giraffe. We've all vowed to break (Black Ruby's gluten-free) bread together before summer's done.
____________

Accessibility: From memory, there's a flat entryway and average-spaced tables. Bread is sold at a medium-high counter.
Posted by Cindy at 1:19 pm