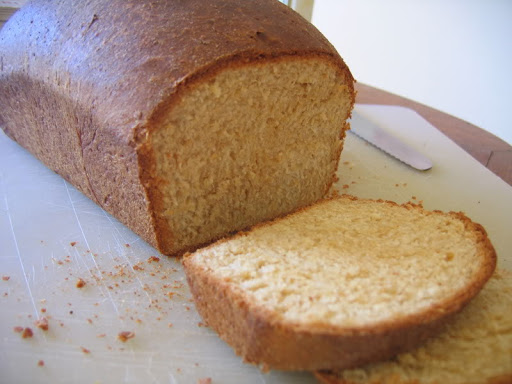 I am steadily accumulating a recipe wish-list from other food blogs and with a relatively free and easy Easter weekend at hand, I decided to knock one more down. This amount of spare time made more yeast action a possibility and so I finally retrieved one of my earliest bookmarks, for toasted peanut bread. I came across the recipe when Heidi wrote about it on 101 Cookbooks, but the recipe is originally from The Soul of a New Cuisine by Marcus Samuelsson. It's a curious African-style mix including coconut milk and your own spicy home-made peanut butter. As bread-baking will do, this recipe takes a while to get together, then fills your house with a very homely aroma and is delicious straight out of the oven with a bit of butter. Even cooled, it has a warm tint of chilli powder, and the texture is a bit more cakey and less spongey than I expect from bread.
To be perfectly honest, the kneading and feeding of home yeast-baking isn't as therapeutic for me as it is for Nigella and many other home cooks. As pleasant as this recipe was, it didn't thrill me enough to justify the hours spent and the kitchen mess made. I'll probably give yeast a rest (pun unintended) for a while, with the exception of pizza!
Peanut bread 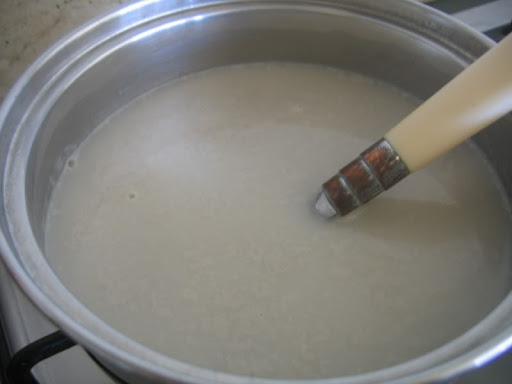 Pour the coconut milk into a small saucepan and bring to the boil. Add the honey and stir until dissolved. Remove from the heat and let it cool until it's just lukewarm. Whisk in the yeast and let it stand until frothy, 5-10 minutes.

While you're waiting for the coconut milk to cool or froth, heat up a frypan and toast the peanuts for a couple of minutes, until they're golden and smelling de-li-cious. Add the chilli powder and cumin and toast, stirring, until they're bursting with spicy smells too. Let them cool a bit, then blend in a food processor until you've got a smooth paste. 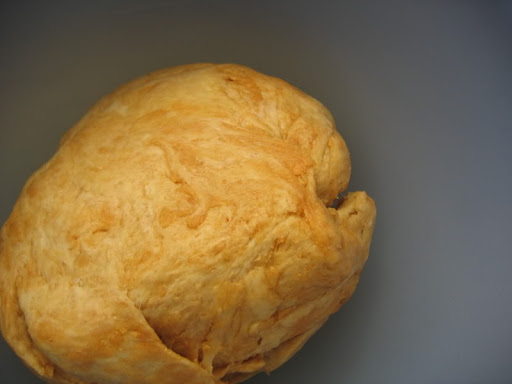 In a large bowl, combine the flours and salt. Add the butter, coconut milk and peanut paste and mix together carefully. It's difficult to get all of the peanut butter mixed in, and it doesn't hurt to have just a little marbling visible. Plonk the dough onto a floured surface and knead for about 5 minutes. Then it's into a greased bowl, covered with a tea towel to rise for 1 1/2 hours, or until doubled in size. 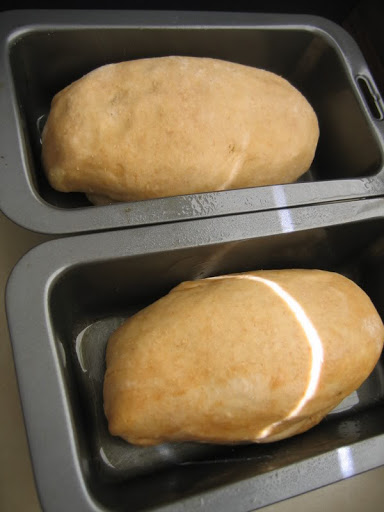 Butter one large or two small loaf pans. Mush up the dough into one or two loaf shapes and plonk it/'em into the pan(s). Cover them again and give the dough another 40 minutes of rising time.
Bake in a 280 degrees C oven for about 35 minutes.
Posted by Cindy at 8:43 pm