Note: we arranged this dinner intending to pay our bill in full. We received one entree and a bottle of non-alcoholic sparkling wine without charge during our visit. 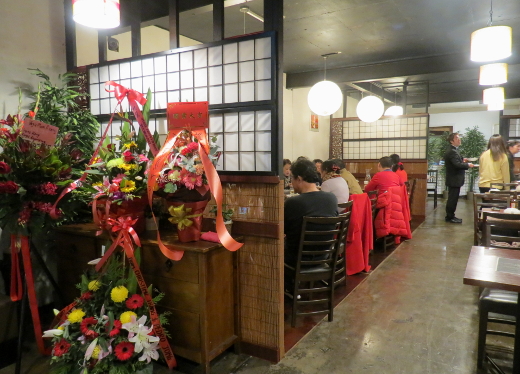 We were both excited and wary when Vegie Mum announced that they'd be opening up a second restaurant in Fitzroy. We've had some great meals at the original Doncaster restaurant, but can the Brunswick St restaurant strip really support another veg restaurant, let alone more Buddhist-style mock meat? I swung back entirely to excitement when Steph spontaneously invited me and Danni to share as many dishes as possible with her during their opening week.


The atmosphere was truly celebratory, with the restaurant owner owning the floor all night, red-ribboned good-luck bouquets spilling out of the foyer, and many customers recognised as family, friends, and customers of the Doncaster restaurant. We were treated to a couple of complimentary items, and it's unclear whether they were extended to all diners that night, or a little something extra because Danni let slip that there was a blogger at our table. 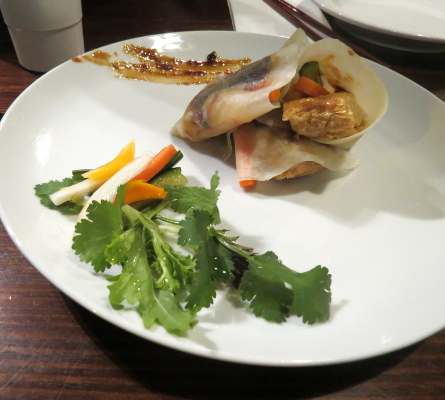 The Pei King duck (~$9) was all our idea, though. This wasn't the dense, 5-spice-flavoured duck I'm most accustomed to, but a lighter layered yuba with a delicate crispy skin. 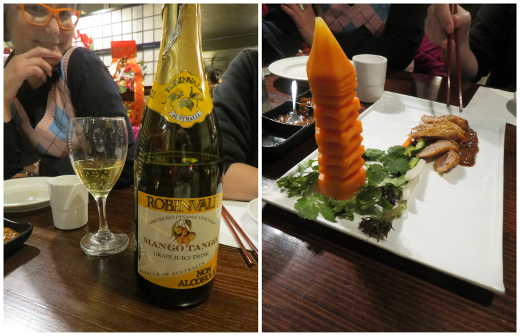 Soon after, the owner cheerfully pressed a bottle of Mango Tango sparkling drink on us and urged us to sample a Chinese salami that the chef has been playing around with. It had the dots of fat that evoke smallgoods, and more of that crispy yuba skin I was keen on, not to mention an impressive carved carrot garnish. 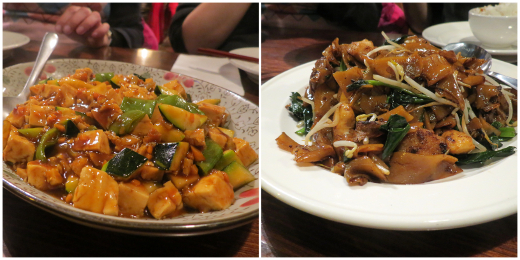 The rest of the meal was our choice. A bowl of Mapo Tofu ($18) was only mildly spicy, with veges rather than a mock mince. By comparison, the Char Kuay Teow ($13) was studded with at least two kinds of mock meat, and the best kind of slippery-smoky noodles. 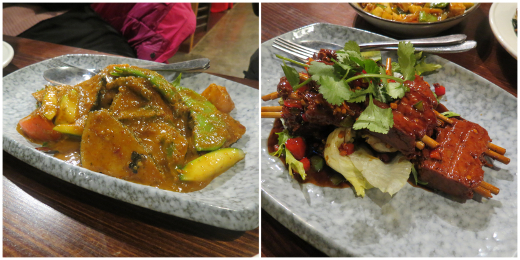 The restaurant owner and Steph exclaimed together over the Nyonya Fish ($15), and they were justified in doing so. I think, though, that Danni and I were ultimately more excited by the Shanghai sweet and sour pork ribs ($19), picking them off their wooden 'bones' and dragging them through as much sauce as we could. 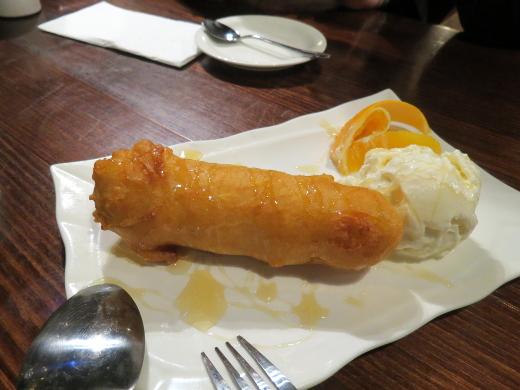 We'd strategically over-ordered to take leftovers home, and had just enough room to share dessert. The banana fritter ($8) does the job, and is served with dairy-based icecream (though Steph duly informed them about the easy vegan alternatives available just down the street at the Cruelty Free Shop).

And that's the one minor warning: although most of the menu is vegan (and I suspect that it is all vegan adaptable), it's not clearly labelled. Speak up when they're taking your order and there's a good chance all will be well. Coeliacs will probably have a tougher time of it.

We, at least, had a terrific time of it. While I'm sure that first-opening exuberance will calm down over the coming weeks, I'm hopeful that Vegie Mum will establish itself as a welcoming and well-attended veg*n restaurant in this competitive neighbourhood.
____________

You can also read about our first and second visits to the original Vegie Mum in  Doncaster.
____________


Accessibility: There's a step up on entry. The interior is flat with moderately crowded furniture. We ordered at our table and paid at a high counter. We didn't visit the toilets.
Posted by Cindy at 7:52 am