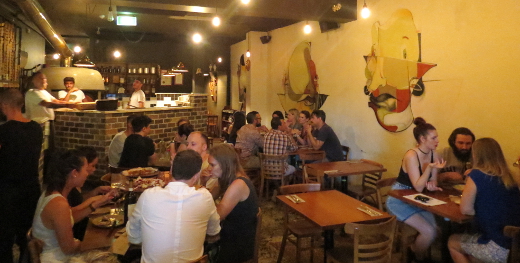 We had one goal for the second night of our Sydney visit: nab a table at Gigi. We wandered past on Friday night and saw a long queue on the street, so we turned up as they opened on Saturday to ensure we wouldn't be disappointed. Gigi is a fascinating restaurant - it's a classic Neapolitan pizzeria that's been massively popular in Newtown since the mid-2000s. Last year, seemingly out of the blue, they announced a menu makeover - everything they serve now is 100% vegan. It's a pretty dramatic transition for a restaurant that's relied so heavily on cheese, but one that's seemingly driven ethical and sustainability issues. Based on the steady stream of customers queuing up to visit the vegan shift has attracted at least as many customers as it has repelled - it's incredibly heartening.

They don't make a big fuss of their newly vegan approach in their signage or on their menu and it's easy to imagine that some of the people who've wandered in off the streets have no idea that they've stumbled into a vegan joint. The menu is pizza-heavy, with a few starters and salads to accompany them. 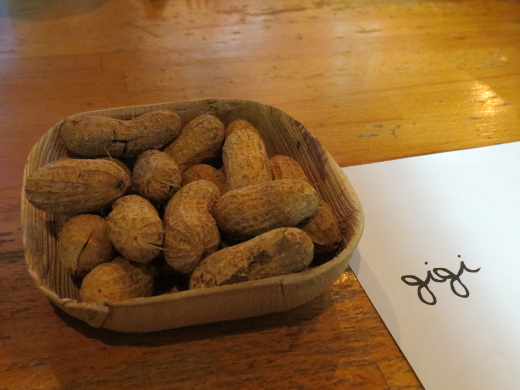 We snacked on some complimentary peanuts while we perused the options, eventually settling on a combo of one entree, two pizzas and a salad to share between the four of us. We started with crochette di patate - almond coated potato, garlic and parsley croquettes ($10). 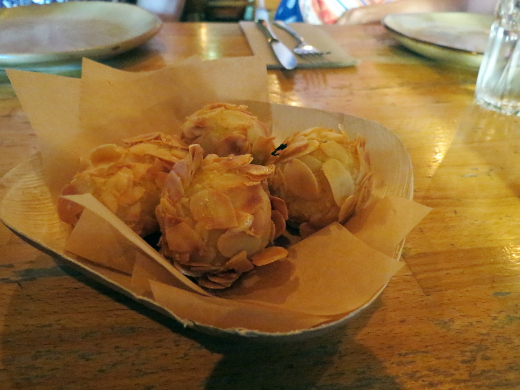 The main event though was the pizza - these are cooked the traditional Neapolitan way, in a super hot oven for less than 90 seconds. The bases here are perfect - there's a reason Gigi has been certified by the Neapolitan Pizza Association. We started with the cavolo, with a sauce made out of cauliflower puree, covered in artichokes, capers, currants, parsley and olive oil ($22). 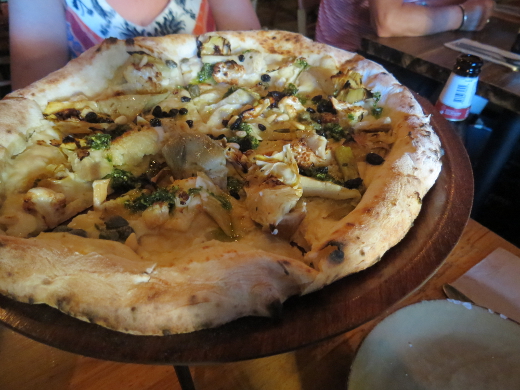 This is possibly the greatest vegan pizza I have ever eaten. The cauliflower puree was the perfect creamy sauce substitute - nutty and a bit sweet, the perfect foil to the salty, oily toppings. Seriously, just go and order one of these - they're incredible. 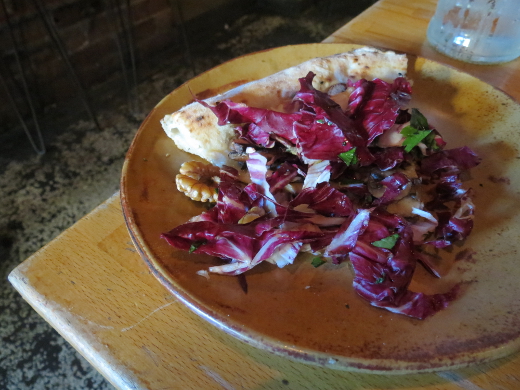 The mock blue cheese was surprisingly impressive - the waiter said it was Vegusto and it really carried off the sharp blue cheese flavour. The rest of the fillings were a good combo of bitter leaves and rich earthy mushrooms. These are really top-notch pizzas. 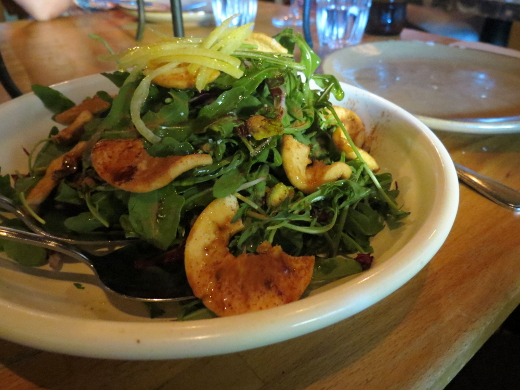 This was another success - why have I not tried roasted apple in a salad before? It added the perfect sweetness to counterbalance the bitter rocket. 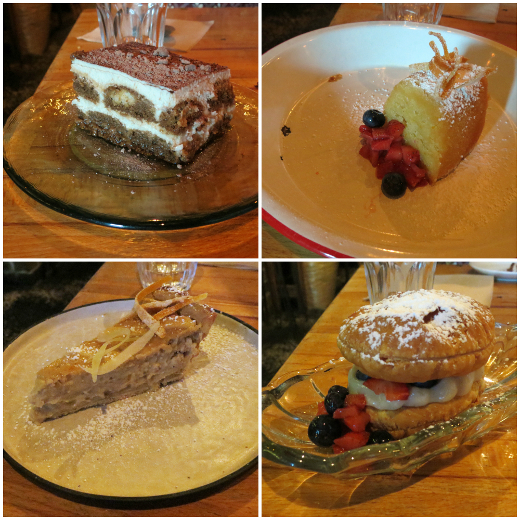 The tiramisu was brilliant - an astonishingly veganised version of a dish that's usually based heavily on cheese and cream. These guys really know what they're doing. The remaining dishes were solid as well - I'd probably skip the millefoglie next time in favour of more tiramisu, but these desserts really showed off the skills in the Gigi kitchen.

Gigi really is a phenomenal restaurant - a properly excellent pizza place that just happens to be vegan. Generally speaking, Melbourne's got Sydney covered when it comes to vegan food, but this place is miles ahead of any vegan pizza I've tried in Melbourne. Fly there, queue up and check it out.


Only VegeTARAian has visited Gigi since it turned vegan. There a handful of positive reviews of the previous non-vegan menu- see Buggles and Squeak, The Urban Diner, The Cake and the Knife, Dumpling Girl and Cheesecake Boy and Grab Your Fork. Juganauts and Bunny bloggers were not as impressed.

Accessibility: There's a flat entry, but things are pretty crowded inside. We had full table service. The toilets are gendered and fully accessible (including hand rails and a change tables for infants), but the passageway was cluttered up with spare chairs on our visit.
Posted by Michael at 3:58 pm