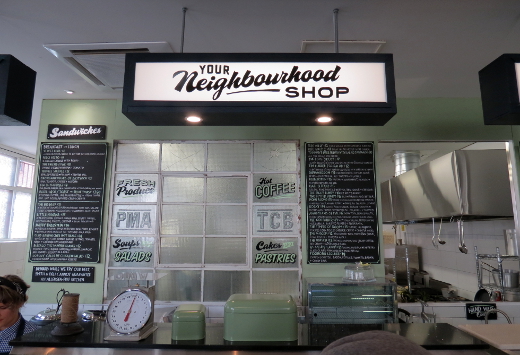 We are long and loud supporters of vegan restaurant Smith & Daughters. Over recent months, co-owners Mo & Shannon have been bursting with excitement over their new venture Smith & Deli and they threw a freebie our way today, inviting us to its media opening. 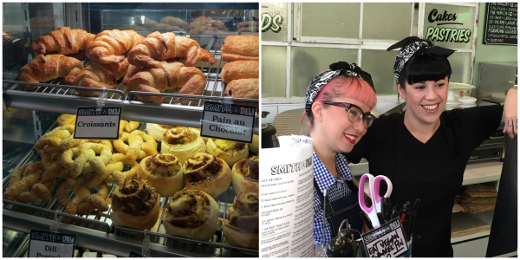 While their flagship restaurant is a place to sit and share something special, Smith & Deli is seat-free and stacked from floor to six feet with foodstuffs to take away. 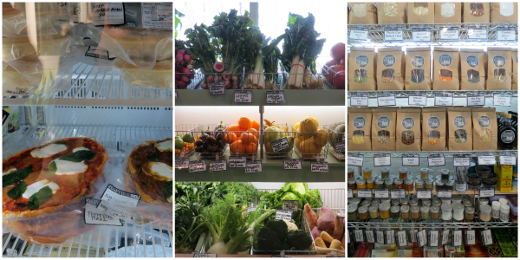 Around the sides there's food for your home kitchen - housemade pizzas, pies and dips, fresh produce, dry staples and spices, plus many of those obscure ingredients that you might have wanted to hunt down, like coconut syrup and canned hominy. They're also stocking the best of brand-name vegan groceries, like Tofurkey mock meats, Alter Eco and Loving Earth chocolates, So Delicious ice creams and Daiya cheese.

Step up to the counter and things get really serious. Here deli favourites like pastrami, pretzels,  croissants and scrolls get the vegan treatment! They make sandwiches to order and the menu runs to almost three dozen options, with names like Club Sandwiches Not Seals, Parmageddon, and The Wiggum (photos of the sandwich menu linked at bottom of post). There's gluten-free bread with a $2 surcharge. 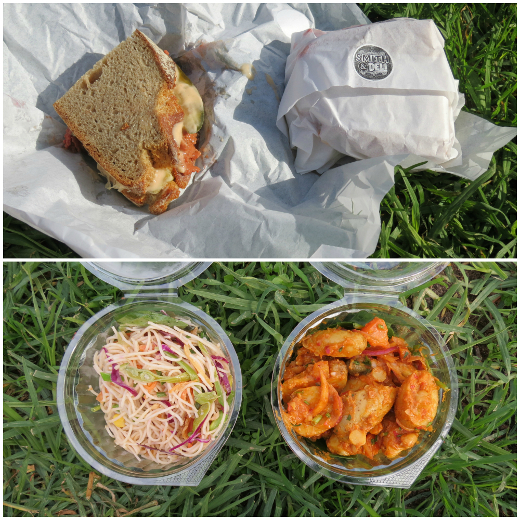 Mo packed us up with a Rubenstein and two salads. This sandwich is a glorious saucy mess of pink mock pastrami, sauerkraut, pickles and cheesy Russian dressing on thick rye slices (to be sold for $15). The peanutty noodle salad and spicy chickpea-dotted potato salad were meals of their own, and we saved most of them for later (price unknown). 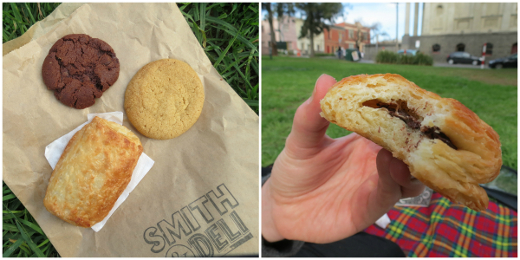 The snickerdoodle and double chocolate cookies were fine specimens, more crunchy than chewy. When it comes to vegan amazestakes, though, they were roundly beaten out by the pain au chocolat (which Michael paid $5 for). It's a teensy bit on the bready side, but there are golden flakes to be had, not to mention soft, dark chocolate. 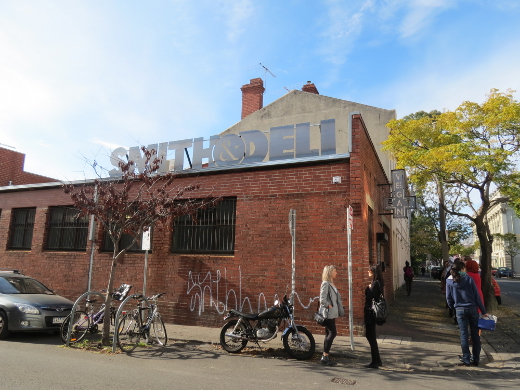 The array of vegan foods on offer here is frankly overwhelming and I'm sure everyone's going to find their own favourite delicacy, whether it's a croissant (always Michael's soft spot), a vegemite & cheese scroll, or an egg McMartinez. It'll be months, if not years, before we've got it covered and made our final judgements.


Accessibility: There's a lip on the door and the interior is flat. All foods are easily visible, but some of the groceries are easier to reach than others. Ordering and payment is at a low counter.
Posted by Cindy at 4:16 pm